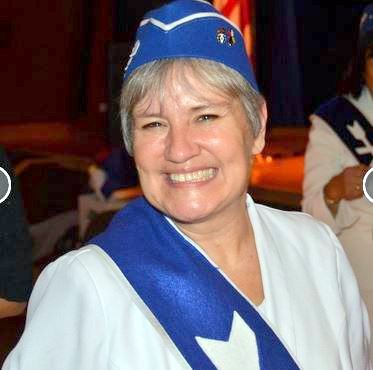 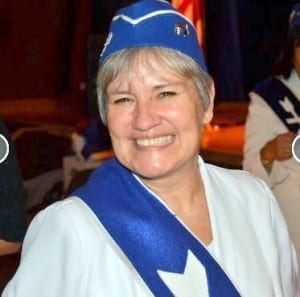 One of the largest gatherings of Alaska Natives in Southeast Alaska is happening next week in Petersburg. The 102nd annual convention of the Alaska Native Brotherhood and Alaska Native Sisterhood Grand Camp will run Oct. 8-11 at Petersburg’s community gym.

ANB-ANS was formed about one hundred years ago to help those in need. It has grown into a non-profit that includes 29 volunteer camps throughout Alaska, Washington and Oregon. Petersburg is Camp 16.

“The purpose of Grand Camp is to look at what the issues and concerns are from the different communities,” Louise says. “The individual camps will submit to Grand Camp for review and action resolutions that address the different concerns.”

The resolutions are brought to the table to be considered by various committees within Grand Camp. Eventually, if the resolutions gain favor, they would carry regional support as they move forward to other agencies.

“So if something went to Fish and Game and Forest Service or State House or wherever it would go then hopefully there would be some action that would make a difference,” Louise says.

Petersburg’s camp is bringing two resolutions: one looks at developing cultural education within the community and the other seeks for a more transparent permitting process for cultural hunts.

Cultural hunts allow hunters to get food for specific cultural events, such as the Grand Camp. The permitting can go through the State’s Fish and Game office or the U.S. Forest Service. The local resolution took shape after Petersburg’s camp faced challenges getting moose for the event. They wanted two moose to feed hundreds but the permitting process was a barrier, according to Louise.

“We found that it was very difficult to obtain the correct permitting process in a timely fashion,” Louise says. “So, what ended up happening is by the time the process was complete, we lost all our hunters and it was way too late.”

Louise says it all worked out in the end and there will be plenty of food. She says the local Fish and Game office helped them get two illegally killed moose. However, the camp would like the process to go easier next time.

“Our resolution is like a request for attention,” says Louise.

The other local resolution hopes to draw more cultural education classes into Petersburg.

“There are like skin sewing classes and language classes and there are Formline art and there are cultural camps, cultural basketball things,” Louise says. “There’s a variety of cultural education opportunities that have not navigated to our community very easily so we are hoping with our resolution that we can have some of the skilled artisans and cultural leaders provide that kind of information to our community.”

Resolutions won’t be the only thing heard during Grand Camp. There will be updates about the organization from camp officers as well as reports from other Native organizations such as Sealaska Corporation, RURALCAP, and the Tlingit and Haida Central Council.

There will also be speeches from several candidates running for state and federal office. They include Governor Sean Parnell who is running for re-election, Lt. Governor candidate Byron Mallot; Senator Mark Begich and his opponent, Dan Sullivan, as well as others. They are all scheduled to present on Friday, Oct. 10, starting at 11 a.m.

Grand Camp also includes a lot of catching up and feasting in the evenings. All the dinners will be served at the ANB Hall. Friday night is the cultural food dinner which includes storytelling and dancing. It starts at 6:30 p.m. and is expected to go until about midnight.

The community gym will be closed to other activities Wednesday through Sunday that week, October 8-12.

A draft version of the agenda for Grand Camp can be found on-line at anbansgc.org.