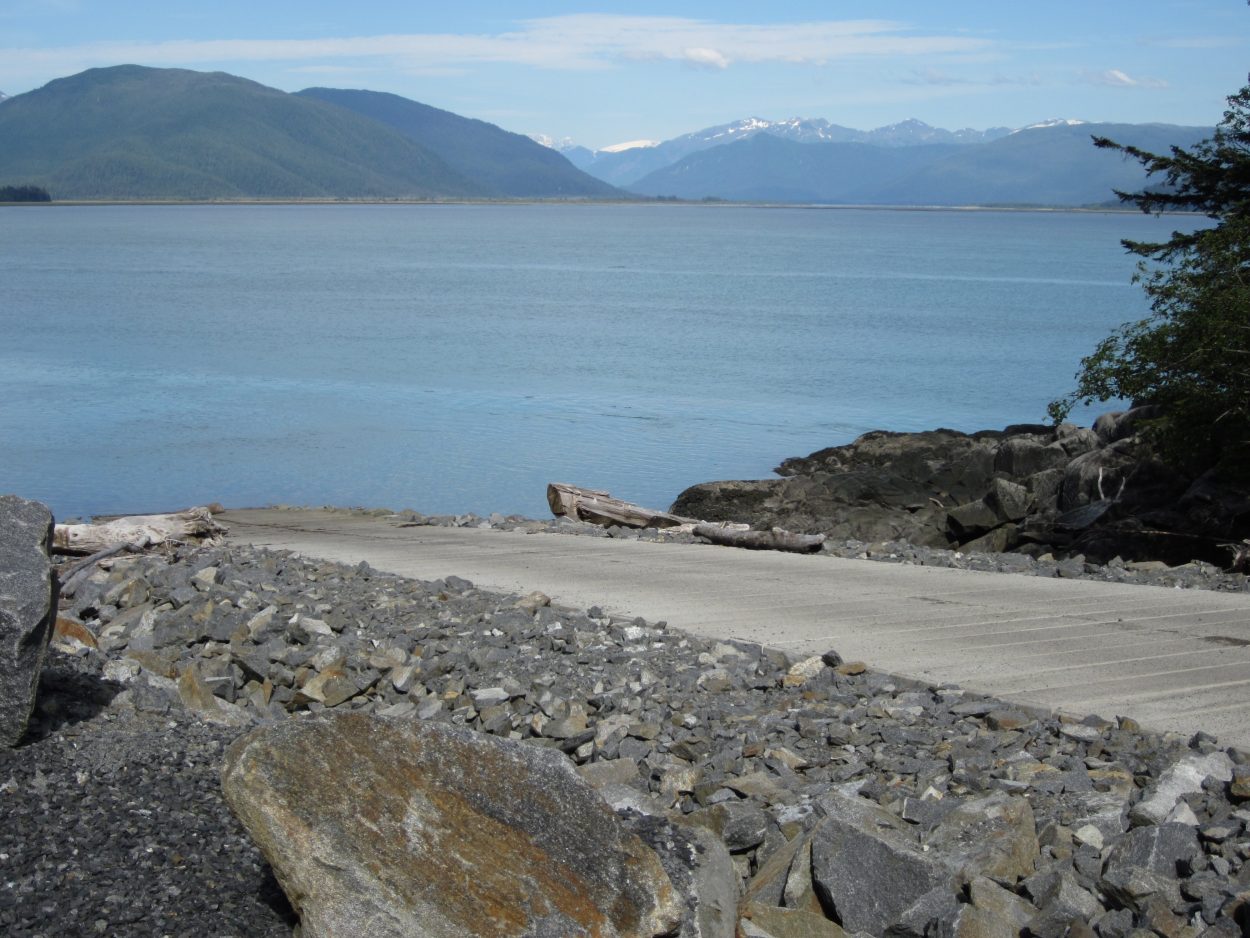 Petersburg is supporting an independent ferry authority’s application to the state to start ferry service at the Banana Point boat ramp on South Mitkof Island next year. Borough assembly members this summer wanted the Rain Forest Islands ferry to look into alternate landing sites after hearing about concerns with the boat ramp use. However, the ferry authority’s manager says that’s the only site that will work.

The North End Ferry Authority, based in Coffman Cove on Prince of Wales Island, plans to start ferry service between Coffman Cove, Wrangell and South Mitkof Island next April. The authority wants to load and unload passengers at Banana Point, about 25 miles south of Petersburg, and asked for the Petersburg borough assembly’s support this year. The assembly initially voted to support use of Banana Point this summer. However, following citizens concerns elected officials urged the authority to pursue a nearby log transfer facility or the state’s mothballed South Mitkof ferry terminal.

“In a nutshell having responded certainly in good faith and I think even exhaustively to the citizens concerns and to the assembly’s request, we found that we didn’t have any alternative but to apply to DNR for use of Banana Point,” said Kent Miller, the North End Ferry Authority’s manager. 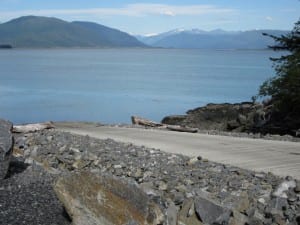 The Blaquiere Point boat ramp on southeast Mitkof Island was considered by the new ferry authority but deemed too shallow for the 65-foot land craft that will be used.

The state’s Department of Natural Resources would permit the use of the state-owned ramp. And Miller said Petersburg’s support was needed for the DNR to consider the application. He also noted problems with the other potential sites. The authority found that another boat ramp at Blaquiere Point was too shallow for the 65-foot landing craft they plan to use for the ferry service. The U.S. Forest Service did not approve use of Olsen’s log transfer facility and a different launch ramp at Woodpecker cove made the ferry route too long. Meanwhile, the South Mitkof ferry terminal, owned by the state and built with federal funds, would require modifications costing more than a half million dollars to accommodate the new ferry.

Local concerns about Banana Point include conflicts with other boaters and fishermen who already use the ramp, as well as tidal constraints for loading and unloading passengers there. Miller said the authority sought an outside opinion on whether the landing craft would damage the ramp. “Looking at the issues from a technical perspective they’re negligible to non-existent but we’re also saying that our backup is to say if anything goes wrong, we’re insured for it we’re going to be having funds in escrow to cover it. We’re going to fix it.”

Potential damage to the concrete boat ramp was a concern for assembly member Kurt Wohlhueter. “What I was concerned with was not so much pushing ahead on the beach but actually backing up and scouring out or undermining some of those concrete billets. Anyway I was just wondering who was going to, it’s not like anyone is going to go out and watch you make those landings and go out and measure the damage.”

And another assembly member, Bob Lynn hoped the new service would be successful but wanted to revisit the ramp use after a year. “I really think we need to take a look at it and see if the folks that came forward if their concerns are still valid or if we’re still OK and what we need to do to make adjustment.”

Mayor Mark Jensen said he would not oppose the use but was concerned with conflicts with other users. “I’m still concerned a little bit about the proposed time it’s gonna take to get to the ramp offload onload the new passengers and go away and still leave room for the people who have been using the ramp for years for sports fishing and running to Wrangell or whatever.”

The assembly voted unanimously to send a letter of support to DNR for the authority to use the boat ramp. Petersburg may ask for an agreement in writing with the new ferry authority to cover potential damage and responsibilities.

The plan is to start service four days a week next April, with landings between 12:45 and 2:30 in the afternoon on Sunday, Tuesday, Wednesday and Friday.