As voters headed to the polls in Petersburg this week to reject an end to the borough’s senior exemption from sales tax, all shoppers can look forward to another day in the borough this fall without sales tax. 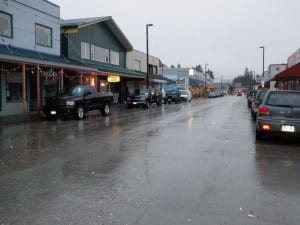 Assembly members did not debate the request. However, finance director Jody Tow answered a question about tax revenue so far this year. “This year to date we are just a little bit but behind but only about 20,000 dollars,” Tow said. “In fiscal year we brought in over three million dollars in sales tax revenue. This was 120,000 over what we had budgeted for. So we came out quite a bit ahead. It was 209,000 dollars over fiscal year 2013. So I think we’re looking well.”

Local law allows for up to two tax free days a year and typically the borough has held tax holidays in spring and fall. The borough lost an estimated 12-thousand dollars in tax revenue at the last tax free day in May.