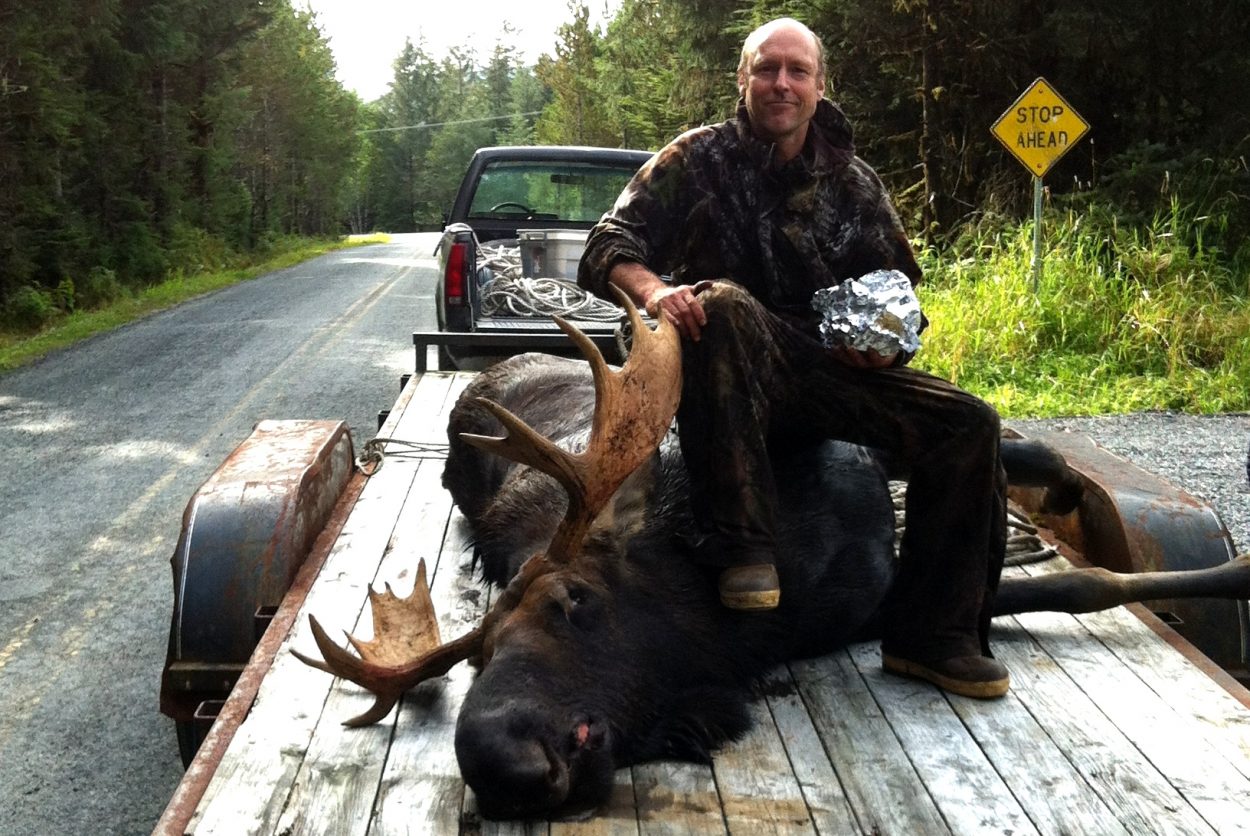 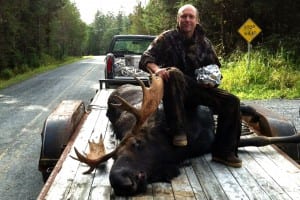 Pete Baekkelund of Petersburg was one of many successful hunters this year. Photo courtesy of Kari Baekkelund

Rich Lowell is the area wildlife biologist for Fish and Game in Petersburg.

“The highest on record occurred in 2009 when 109 moose were taken in the local hunt. And that was the first year that the antler restrictions were liberalized to allow the harvest of bulls with two brown tines on both antlers,” Lowell says. “One thing that was of interest, with this hunt, in recent years at least, the highest producing area within the hunt area has been Kupreanof Island, which has led the hunt with the number of animals taken for a number of years. This year, the Stikine actually regained the top spot for producing moose in this hunt.”

Hunters took 36 moose on the Stikine, up from an average of 22 moose in recent years. It’s the highest harvest from the river going back to 1990.

Lowell says there are several reasons for the high harvest.

“The central Panhandle region experienced a relatively mild winter last winter with below average snowfall. And this likely contributed to good over-winter survival of moose. Another factor, the central Panhandle moose population continues to increase in both distribution and abundance. And we now have moose occupying all the major islands of unit 3,” Lowell says.

Hunters took 35 moose on Kupreanof Island, 13 on Mitkof Island, and five at Thomas Bay. Wrangell Island’s take was four. Farragut Bay and Kuiu Island’s was three. Port Houghton had two, and Virginia Lake, Woewodski Island and Zarembo Island each had one moose.

Hunters with moose permits should submit their hunt reports to Fish and Game by November 3rd, even if they didn’t hunt. This will ensure they’re eligible to purchase hunting permits next year.