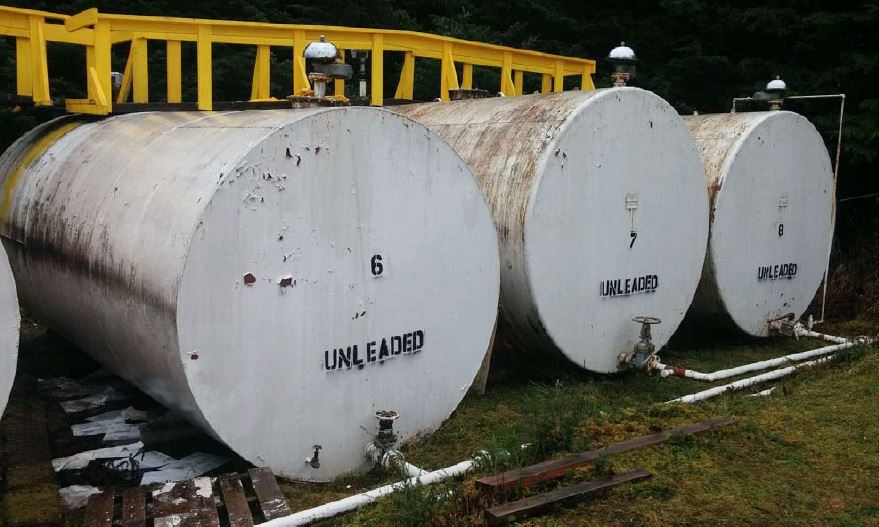 Kake Tribal Fuel has reported spilling about 900 gallons of unleaded gasoline at a tank farm in the Southeast Alaska community on Sunday.

The company is owned by the village Native corporation for the community of about 600 people on northwestern Kupreanof Island.

Kake Tribal Fuel reported a leak from one of the company’s tanks to the Alaska Department of Environmental Conservation Sunday afternoon after a strong odor was noticed by a local resident.
The tank was holding around seven thousand gallons of gas, according to the DEC. The fuel leaked from a thumb-size hole in the tank into a secondary containment area. 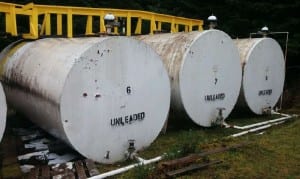 Local responders closed the road near the tank farm and worked to plug the leak. The remaining gas was pumped into other tanks and a fuel truck.

On Monday, workers pumped an estimated 17-hundred gallons of oily water from the secondary containment area near the tank into 55-gallon drums.

Some additional gas was noticed outside the containment area in a nearby ditch and the DEC says Kake Tribal is investigating how that gas leaked out. The DEC says there have been no impacts to wildlife or gas leaked into the salt water at Keku Strait.

A year ago, the same facility leaked an estimated 55-hundred gallons of gas into the salt water after a fuel line broke at Kake Tribal’s dock.