No cuts yet to Petersburg borough budget 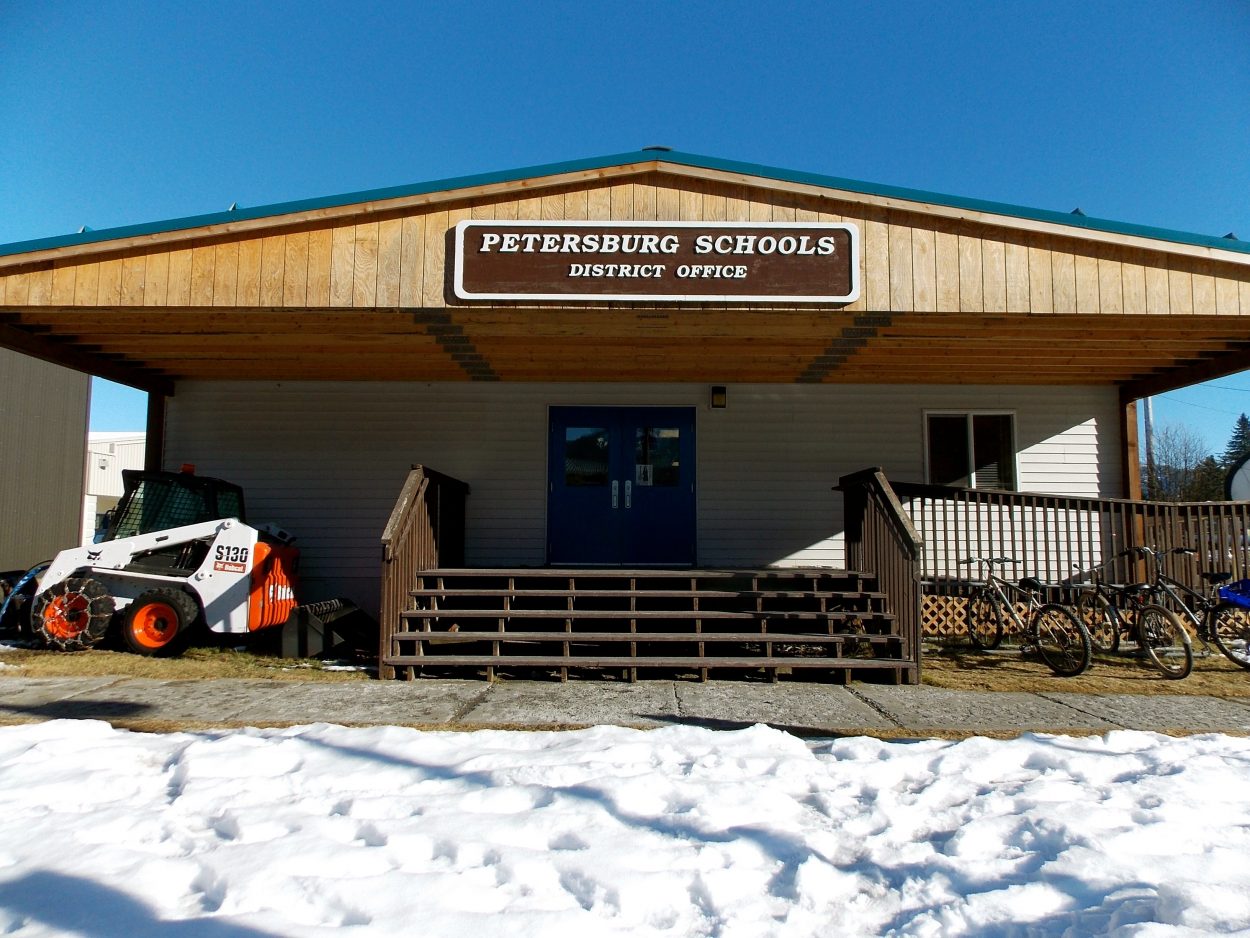 The Petersburg borough’s proposed budget for the school district and local mental health services remained intact Friday. A short-handed borough assembly made no motions to cut either line item while supporters testified against reductions.

It was a full house of supporters of the school district and Petersburg Mental Health Services early Friday morning at the borough assembly chambers. The meeting started late as borough assembly members waited for the four person quorum needed to gavel in the special session.

Mayor Mark Jensen and assembly members John Havrilek, Jeigh Stanton Gregor and Cindi Lagoudakis were the only ones attending. The other three were excused. And the meeting was almost over before it got started as Jensen called for a motion to reduce either line item. “So I will entertain a motion at this time to talk about the borough contribution for Petersburg Mental Health,”Jensen said. “Do I hear a motion for that?” he asked. “Would anybody like to comment on that from the public? We’ll give the public comment period 20 minutes since we have an hour. Anybody like to comment on it? It looks like with no motion or second like I said earlier it just gets proposed like it was put to the assembly in the budget.”

It was the same for the school funding, no motion. And they almost adjourned with nobody saying anything. 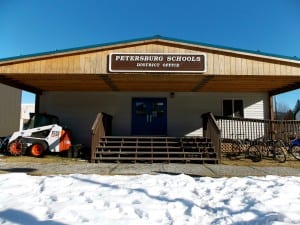 However, school board president Jean Ellis wanted to testify against cuts since she was there. “I’m very upset that you’re considering reducing the borough’s share of the school district funding by 17 percent,” Ellis said. “Seems that the more frugal and financially conscientious we are, the more someone thinks they need the money more than we do.”

The borough’s annual payment to the school district has been 1.8 million dollars for the past eight years That line item makes up most of the two million dollar portion of the borough budget listed as community services. And for years the borough has used a federal payment called Secure Rural Schools, to make up one third of the local appropriation. That federal payment to counties with National Forest Land, like Petersburg, ended last year, without a renewal by Congress. And the state is looking at cutting payments to municipalities as well.

Borough manager Steve Giesbrecht noted the loss of revenue and thought the community needed to have the discussion. “Our rolling total right now is about 1.2 million the borough’s gonna get less from state and federal sources with this upcoming budget year,” Giesbrecht said. “I know the school’s gonna be facing that from their own hit from the state funding. Whereas a community we’re not going to get very far fighting with each other. We’re gonna have to get together and how do we make this work where we’re not having to talk about having to shut the aquatic center down or so on.”

Others agreed the borough and school district should get the dialogue going about making up that lost revenue. Former school board member Jim Schwartz was among them. “I would like to see out of this a commitment by the council to simply schedule a meeting soon,” Schwartz said. “Sooner rather than later because we have to do it right, we have to get it right. I mean, Secure Rural Schools is going away. We said that before and through magical political processes it kept going. But we can’t figure that.”

There’s a little breathing room for the borough since elected officials saved up some of that Secure Rural Schools money, just under four million dollars by last year in fact. However, using 600-thousand dollars a year for the school payment, the borough’s current plan, wipes out that savings in about six years.

Assembly member John Havrilek, who called for Friday’s meeting, also wanted a plan to make up the lost revenue. “Everything in the budget’s a sacred cow,” Havrilek said. “There isn’t anything we’re gonna bring up that isn’t going to upset somebody. And I think we do have to, as Mark and Steve are talking about, start being very proactive in planning for the future, rather than just saying, and I don’t even know if we’re gonna save this, we need this amount of money so let’s raise taxes.”

School staff, parents and community members didn’t want to see cuts in the school appropriation. Teacher Ginger Evens said the district has already been frugal. “With our own budget, when you talk about being fiscally responsible, we have done that as a district,” Evens said. “We have cut we have not hired back when teachers have retired. We have taken on different hats and rolls that might have stretched us in what we were trained to do as a teacher but we look at it and say this is what’s best for kids. And we wake up every morning, we put a smile on our face and we go in our classrooms to work with every single kid.”

Assembly member Cindi Lagoudakis said she had a chance to talk with staff in the schools and Petersburg Mental Health Services. “I appreciate that we had this discussion because I learned some things I didn’t know about both. I was reminded that the two work together particularly with suicide prevention. And I thank you very much for your time and your effort. And all the information that you’ve shared. I think the public needs to know more about what you do. And I feel like I’m much better informed. I was impressed with both, I’m even more impressed now and I think you work very hard to have efficiencies and you provide a very good service to the public.”

For his part Havrilek defended his call to consider cuts. He directed some of his remarks at Interim superintendent Erica Kludt-Painter, who took over from Lisa Stroh in January. That was after Stroh resigned and was given six months pay through the end of the school year. “And the only reason I do bring these things up is as a member of the assembly I do think we should question different fiscal policies and I know people were really upset with what had occurred to pay someone not to be here,” he said. “But the best thing about it is you’re in the position so I thank you.” Havrilek encouraged Kludt-Painter to apply for the superintendent’s job on a permanent basis.

There was little discussion about mental health services cuts, although staffers said they’d be back before the assembly in March if budget cutting came up again.

At the assembly’s February 2nd meeting, Havrilek, Stanton Gregor, Bob Lynn and Kurt Wohlhueter voted in favor of having Friday’s meeting. After the meeting Havrilek said he didn’t think he would have a second for a motion to cut either of the line items so he didn’t make the motion. The issue can still come up again. It takes three readings of an ordinance to approve the overall borough spending plan and assembly members can still make changes during that process. That starts up next month.