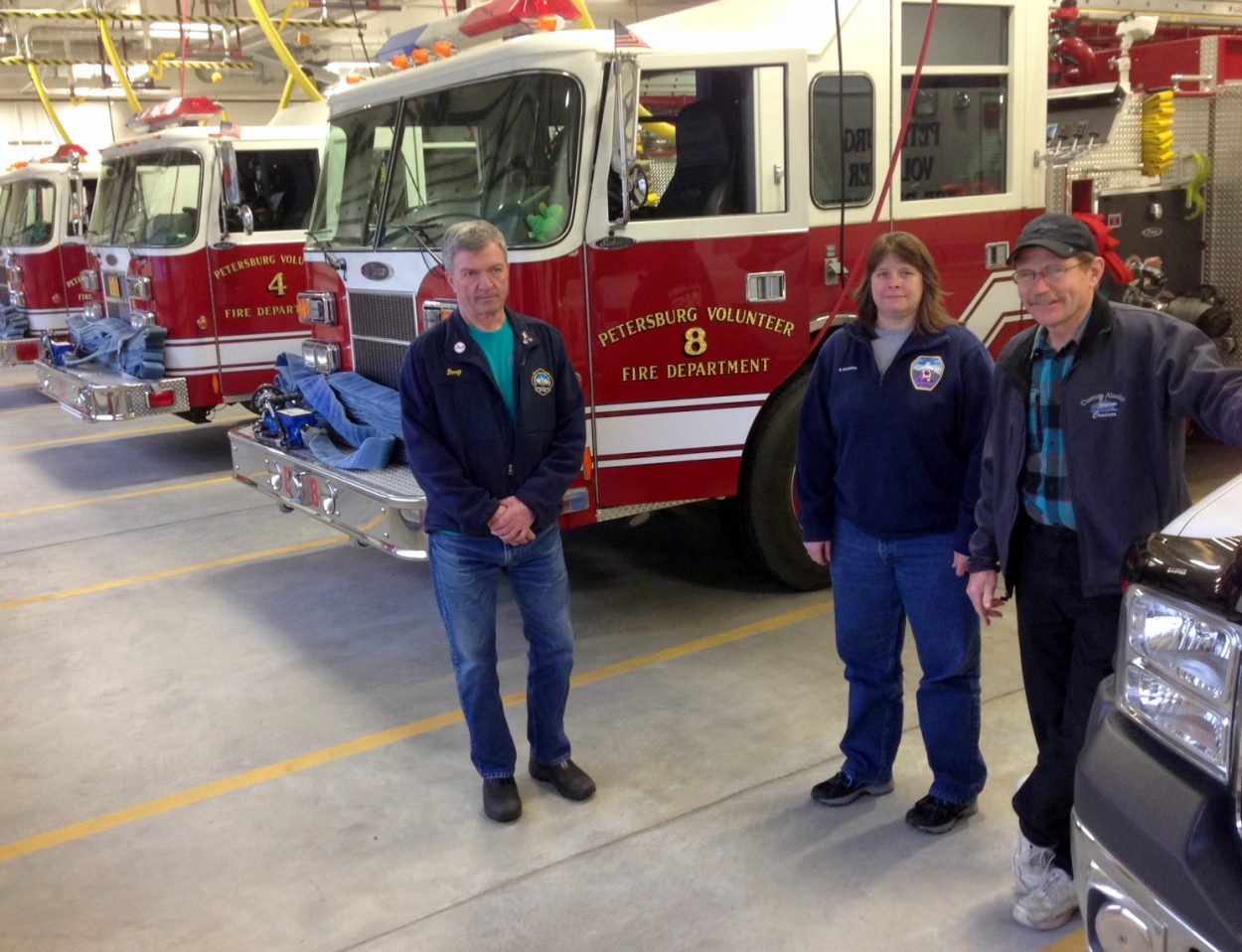 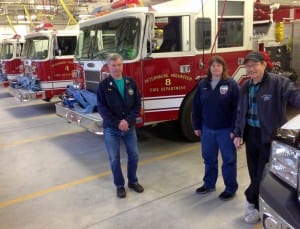 Petersburg’s Emergency Response Department, which includes Fire, EMTs, and Search and Rescue is almost entirely run by volunteers and right now the group has dwindled enough that directors are concerned. Angela Denning visited the fire hall recently and has this story.


Doug Welde points to a large board hanging in the hallway at the fire station. He’s the volunteer Fire Chief.

“This is the sign out board we’ve got for the fire branch and so every member’s got their name on the board and we have a tag and when you’re present and in town, your tag is white,” Welde says. “If you’re going to leave, then we ask that the member turns their tag over so it’s red and you write down here expected return date and at a glance we can tell if we’re short-handed or not by how many red tags are showing.”

With a team of volunteers it’s vital to keep track of who is available to respond to emergencies. The board shows 26 total members and actually, it’s their hallway we’re standing in, says Sandy Dixon who coordinates the volunteers as the Fire and EMS Director. She is one of two paid positions in the borough department. The other is the Fire Marshall.

Dixson: “This is the hallway that the volunteers would enter through so this is designated just for the volunteers. So, they come through that door and straight into the apparatus bay.”
Denning: “What people would think of as fire trucks and ambulances, those are apparatuses?
Dixson: “Apparatus. Yes, fire engines, ambulances. Yes.”

David Berg is also here. He’s one of the volunteer Assistant Fire Chiefs.

Berg: “We have some of the bays that actually have two vehicles in them, along with our training equipment, decontamination for EMS incidents, our air tanks for our breathing apparatus [when] we go into buildings.”
Denning: “It looks so organized in here. You would have to be if you’re going to respond quickly. There are red racks throughout and I see the last names are posted so they’ve got their personal gear ready to go like they could just jump into their gear almost.”
Dixson: “Yes, so the bunker pants hang over the boots so you can just step into your boots, pull your pants up, and then you throw your coat on, grab your helmet and your mask and off you go.”
Berg: “We generally try to get our gear on and be out of the hall in about a minute after arriving here.”

It actually pays to have a fire department respond that quickly. Residents’ home fire insurance is cheaper. Fire response programs throughout the country are rated by the ISO Insurance Services Organization and the better the rating, the cheaper the fire insurance. Petersburg has maintained a good rating for the quality of their volunteers, equipment and for having a second sub-station at Scow Bay.

Dixson says the job is not for everyone.

Dixson: “You know, who wants to go running into a burning building when other people are running out? I do but…”
Denning: “Yeah, I was going to say, I know a few but (laughs).”
Dixson: “EMS-wise it’s a little more difficult because people are sick or injured so it’s more personal than responding to a house fire or a car accident.”

Currently, there about 65 volunteers between the three branches. Sixteen of those are active EMTs which is not considered a large number.

“At any one time people are out of town for fishing, out of town for their jobs, their sick, so we don’t always have people available even though we have high numbers or a lot of people on the roster itself,” Dixson says.

The small-town fire department doesn’t get many fire calls. They took 57 last year some of which were false alarms. The thing about emergency response is you just never know.

Although there has never been a time when the department couldn’t respond because of low numbers, it’s been close. Summertime is always worse, says Welde.

“We had times last summer with eleven and twelve people in town out of a roster of about 25,” Welde says. “We just barely had a minimum crew to deal with two engines and if we had a big incident, we’d have been in trouble.”

Volunteers must be 18 years old. The Fire Fighter One course is required which takes between 150 and 160 hours.

The training happens on site. They use things like a plywood wall prop to simulate entering a window of a building.

“When we put firefighters through this training we obscure their face mask so they can’t see so it appears like smoke to them,” Berg says. “So they have to feel their way around the room.”

EMT volunteers are accepted into the program about once quarterly. They take a 50 hour class. Search and Rescue holds training twice a month. The department pays for all training.

Dixson says it would obviously help to have more paid staff in the department but it’s not in the borough budget right now.

“I don’t know what we’re going to do if the trend continues where there’s less and less volunteerism,” Dixson says.

For now, they are focusing on recruiting members of the public who want to give back to their community.

Anyone can volunteer for fire, EMT or Search and Rescue response. There are behind the scene tasks at the fire hall if someone doesn’t want to be on the scene of an accident. The next Fire Fighter One class runs February 14 through April 4. Classes are held Saturdays as well as Tuesday and Thursday evenings. Anyone interested in volunteering can call the fire hall for more information. There is also a junior fire fighter program that trains minors in the basics.