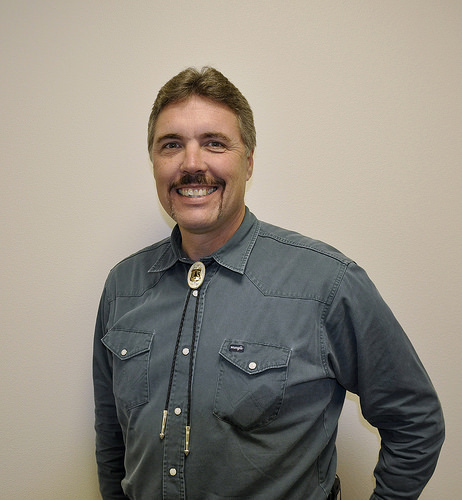 Earl Stewart will become the top official at the Tongass National Forest in May. (Courtesy USFS)

Earl Stewart will take over as forest supervisor beginning in May. He will replace Forrest Cole, who is retiring after more than 40 years with the Forest Service.

Stewart is based in Flagstaff, Arizona, where he’s in charge of the Coconino National Forest. He’s never been to the Tongass.

“For me it’s that one opportunity to engage at a level that is far higher than what I’ve had … in the past, to develop new relationships and to expand horizons,” Stewart says.

“He brings a wide range of experience and leadership to this position and has a great understanding of the unique relationships that communities have with their national forests, which will suit Alaskans well,” she says.

Stewart’s earlier posts were in Montana, Alabama and Washington, D.C. He began his Forest Service career in 1991, after working as a biologist for Oklahoma’s Department of Wildlife Conservation.

He says he knows the Tongass is different – and that he has a lot to learn.

“I’m going to approach it from a very eyes-wide-open manner, to seek to understand and interpret. And then try to assist in a much more collaborative way than what my experience has been in other situations,” Stewart says.

He will take over Tongass operations as the agency maps out a transition from old-growth to young-growth logging.

It also faces ongoing legal challenges to its timber sales. And it’s adjusting to Sealaska’s takeover of 70,000 acres, including prime timberlands.

“We are encouraged by Stewart’s background as a biologist and his experience leading collaborative restoration projects in other regions of the country that are well suited to meeting the unique needs of southeast Alaska,” says Mark Kaelke, Trout Unlimited’s Southeast Alaska project director.

The executive director of the Southeast Alaska Conservation Council invited Stewart to join her for a fishing trip in Petersburg.

“We look forward to introducing him to our unique way of life in Southeast Alaska and working with him to chart a prosperous and resilient future for our communities,” says Malena Marvin.