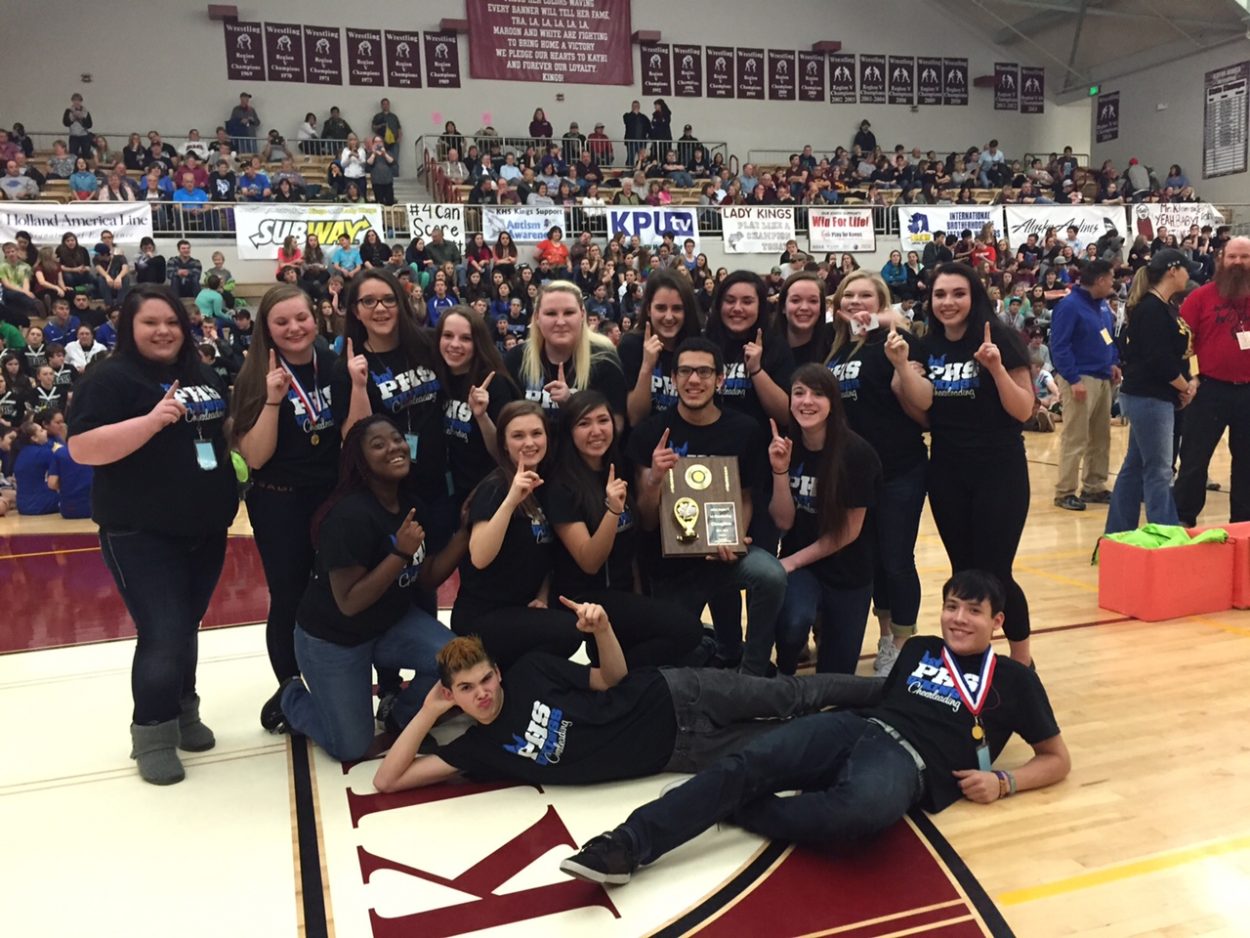 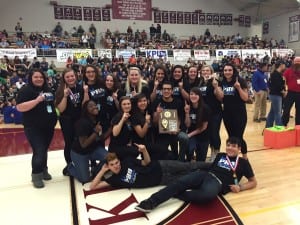 The Viking cheerleaders competed against Mt. Edgecumbe and Sitka during the Regions basketball tournament, which was held in Ketchikan.

Petersburg coach Veronica Maldonado watched all the action from the sidelines as the cheer teams were judged on how they cheer during the games and for a choreographed routine performed during halftime.

“It felt amazing; you get to see all the hard work pay off and it’s just amazing,” Madonado says. “After the Judging game I felt like win or lose we had performed our best and that’s kind of the theme that I took with me the whole week because you go from wanting to win so badly to just knowing that you did your best and kind of trying to find the medium there I did not know for certain that we had won until they announce our name because the judging is so objective with basketball you know exactly how many points you have that game with cheerleading you don’t know until Saturday night when they hand you the envelope with the scores.”

The win held special meaning for senior cheerleader, Daten Bennett, who competed at regions last year. The team had hopes of winning then too but fell to Sitka. Bennett says this time the team was extra prepared which was the winning factor.

“I would personally have to say the confidence we had in each other and in ourselves because we’ve done the routine so many times that it was just imprinted in our minds and under pressure it just brought the best out of us,” Bennett says.

Just days before the tournament the squad lost one of its cheerleaders due to disciplinary reasons. The team had to rework the routine at the last minute.
Bennett thought the squad was able to come together when it counted.

“Just being a team we were there for each other through thick and thin,” Bennett says, “we went through a lot the week before we went out and we overcame that obstacle and we put it behind us and with that we won.”

Maldonado says that there was a lot of hard work that went into the performance, which they had been practicing for a month and a half.

“We brought a lot of enthusiasm to the court and we really worked on sticking our stunts without any bobbles or anything that would make the stunt look shaky,” says Maldonado, “and a couple of the other teams may have tried for a couple of harder stunts that didn’t stick as well as they had planned. We really worked on being sharp and making our routine look very clean.”

This ends the season for the cheer squad. Although as region champions they qualified to go to the state tournament they don’t have the funding but the team hopes to make it to state next year.