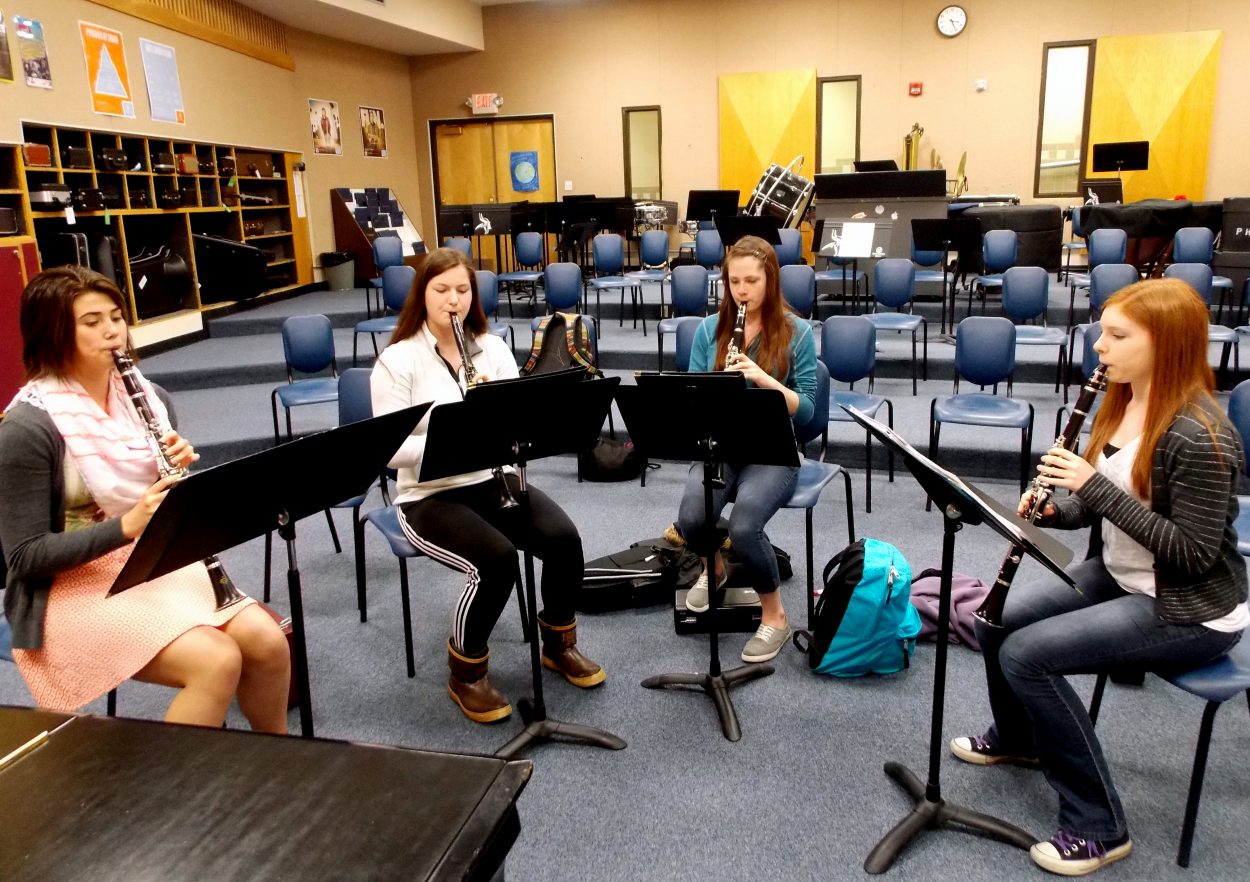 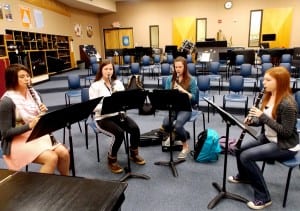 The music festival runs April 16 through the 18 in Juneau. It’s an opportunity for students to perform what they have been working on all year. Lenhard says it takes months to prepare.

The three groups are the jazz band, concert band, and concert choir. Lenhard has been to Music Fest 16 times. He says the three-day event is packed full of learning experiences for the students.

“Its just this continual buzz of activity, its this hive of activity of musicians,” Lenhard says. “All the musicians of Southeast Alaska come together in these sights and in the morning you have some solos and ensembles taking place and you can be an audience member, you can be participating in it. kinda signing up days in advanced. You’ve got sound checks going on on the main stage where your bigger groups like jazz bands, choirs and orchestras and bands are testing out then stage and in the evening until six o’clock until about nine thirty or ten all these schools are on those three nights are performing in a formal setting. Performing for three adjudicators at one time and those adjudicators are giving critiques and after their performance they get to work with the group and on top of that there are some clinics going on to make you a better musician.”

There are a couple smaller groups of student musicians who are also performing at the music festival: a trombone and euphonium ensemble and a clarinet ensemble. Lenhard says this group of clarinet players is dedicated. 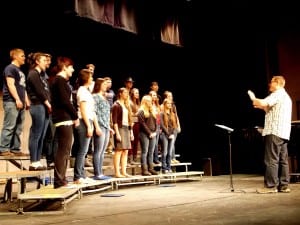 “I’ve been impressed with this clarinet ensemble that’s been practicing every day after school for a few weeks now,” Lenhard says. “I’ve given them a piece to play for extra on their own time its not easy and they’re rising to that challenge and then coming together as a unit and that’s what I’m really proud of.”

The clarinet ensemble includes: Senior Joce Randolph, Sophomores Alexandra Bless and Brandy Mulbury, along with freshmen Elisa Larson and Jasmine Ieremia. They will be performing this ensemble during Music Fest.

“I guess a challenge that I have every year is keeping the integrity of the group together,” Lenhard says. “That means that if you’re in an ensemble I want you to be able to attend this event because I want to display Petersburg’s best. I want kids to have their grades up I want them to be academically eligible as well as I don’t want them to be under any suspension or any other conflicts because we’re the best when we’re all together and that’s what I want to show to our adjudicators and to Southeast Alaska.”

While the district pays for the adults going to Music Fest, each students pays for their travel and an activity fee. Petersburg residents will have a chance to see these student musicians at home during their Spring concert which will be scheduled after the festival.