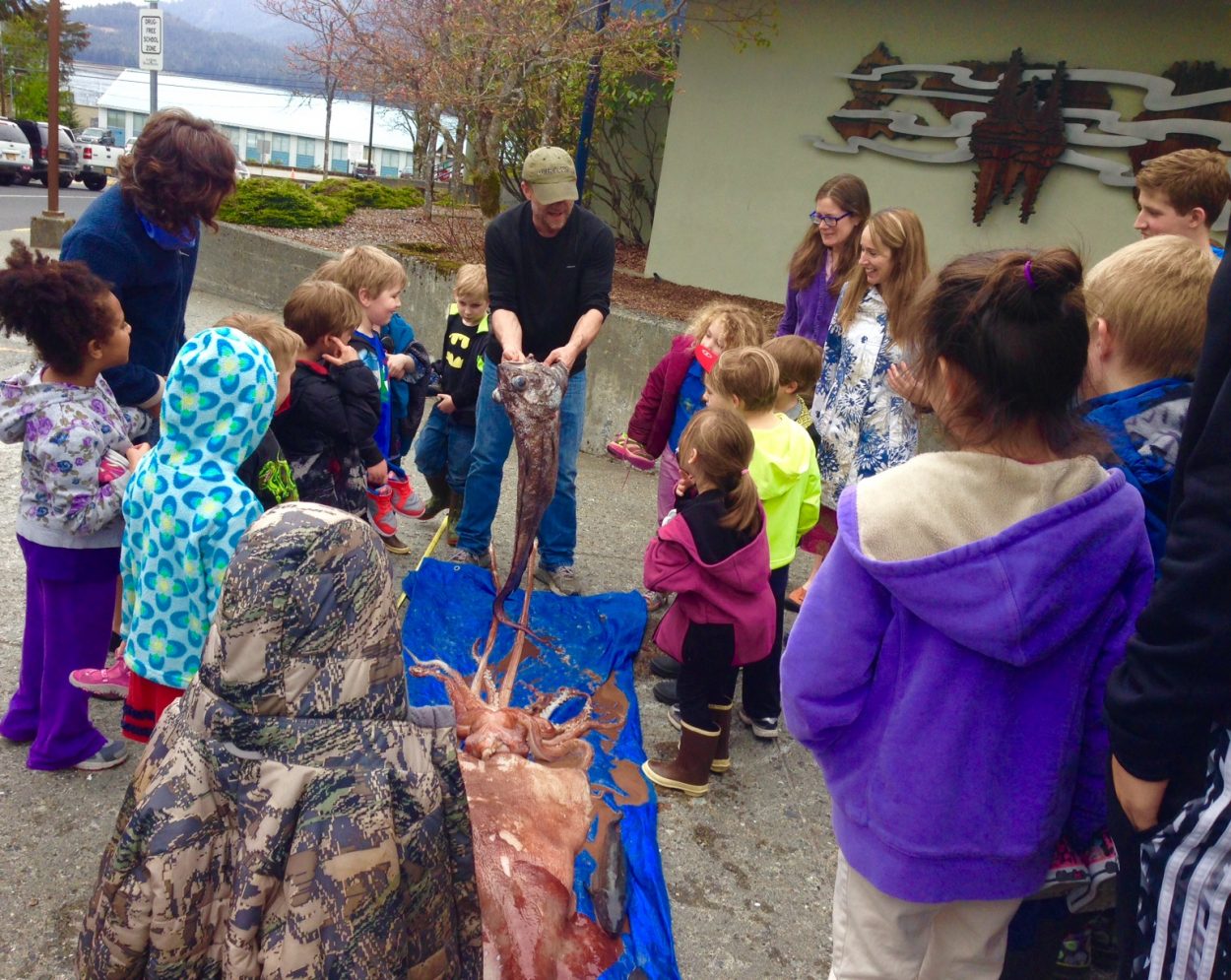 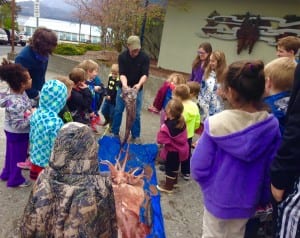 What is one man’s bycatch is another man’s science experiment. That was the case for an 11 foot long squid in Petersburg.

Elementary students are gathered around a blue tarp spread out on the ground in front of the school. The main attraction? The bulging eyeballs of a Giant Grenadier. The kids take turns pushing on the fish’s bulbous part. But what’s taking up the most of the tarp is a squid, a Robust Clubhook Squid to be exact. The kids are very interested in touching the large creature’s slimy surface.

Andy Worhatch is a commercial fisherman in Petersburg. He was targeting black cod in deep waters…at 300 fathoms or what is 1,800 feet deep, when he pulled up the squid. He says it’s unusual.

After classes of students cycled through the area, one of the high school science teachers took the squid and the Giant Grenadier for dissecting. The black cod ended up on someone’s dinner table.