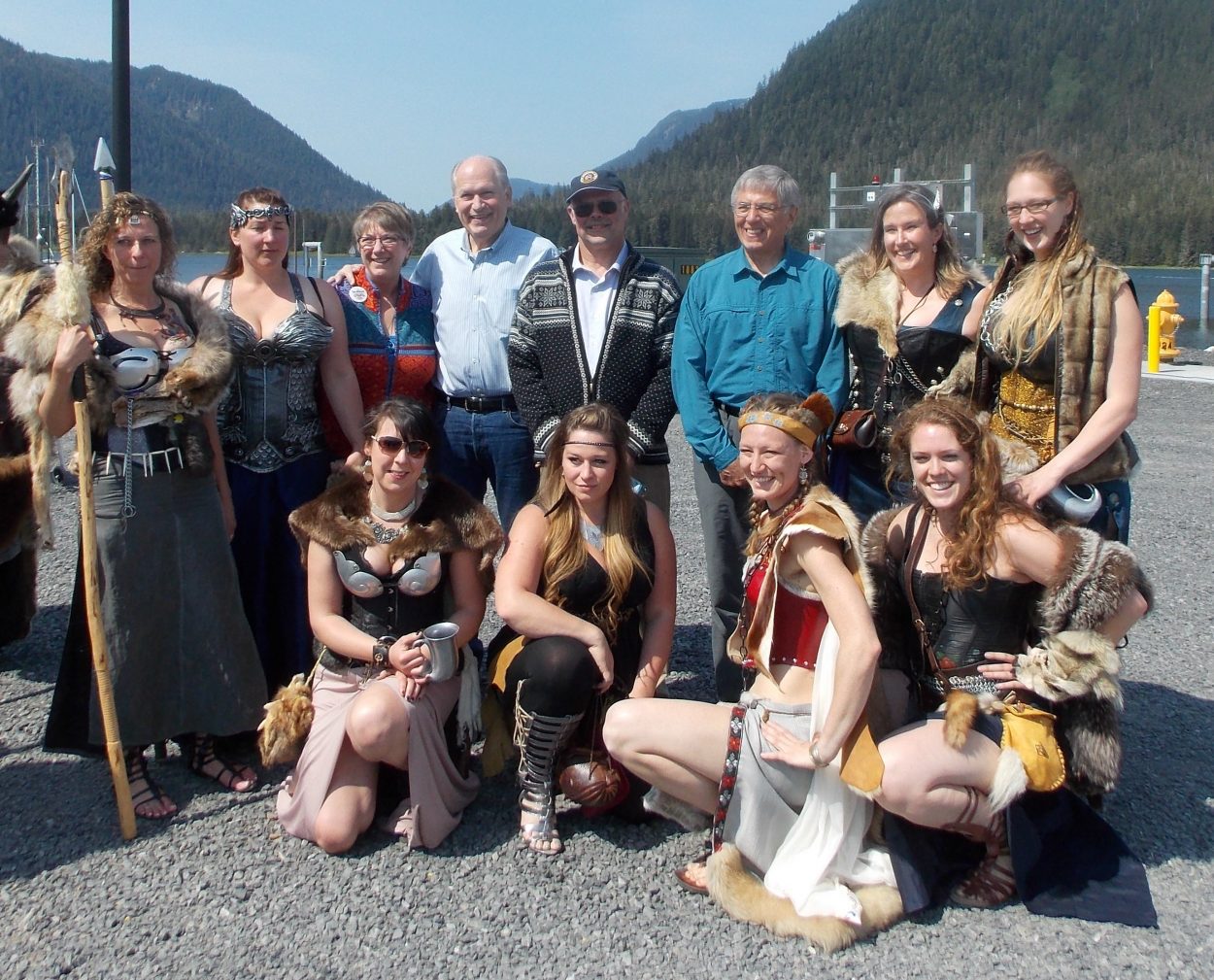 Alaska’s governor and lieutenant governor helped celebrate a new vehicle-accessible dock under sunny skies on the Petersburg waterfront Saturday. The borough-owned, state-funded dock opened this spring and is another option for boats to load and unload gear and supplies in this busy fishing town.

Boats started using the new drive down dock in late March. The float and transfer bridge stick out from behind the public cold storage to the very edge of Petersburg’s south harbor – making a convient spot for boats to tie up and unload. 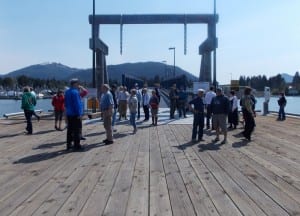 Mayor Mark Jensen welcomed a small crowd to a ribbon cutting ceremony Saturday. “It’s an honor to be here today to be involved in the dedication of this drive down dock,” Jensen said. “It’s going to be a beautiful facility for decades to come for our fleet.”

Harbormaster Glorianne Wollen noted the project has been in the works for 21 years. Wollen said she started working for the harbor department then when she was 17 years old. After seeing a similar facility in Sitka Wollen said she pushed for the construction of one here. “We just live in such a marvelous place that things like that can be dreamed by a 17 year old kid and built by PHS graduates and here were are celebrating something that is really heartfelt and meaningful to this community.”

Local company Tamico was the main contractor on the seven point eight million dollar project and many current and former Petersburg residents were involved in the construction, design and even the state funding to build it. Former Petersburg resident and state senator Bert Stedman, instrumental in securing the state grant money for construction, had a family obligation and was not able to attend Saturday’s ceremony. Governor Bill Walker, wife Donna along with Lt. governor Byron Mallot and his wife Toni did take part.

It was Walker’s first visit to this Southeast community. “You know I grew up in Valdez and I thought that was the most beautiful you could be and I had not been to Petersburg until two hours ago and my goodness sakes what a gorgeous place. I love infrastructure but more than that I love people that have a vision and a passion to make things happen. 21 years? That’s incredible,” Walker said. “What a beautiful facility. It’s here because someone had a vision, had passion and had guts enough to step up and said we’re gonna do this. Now this group of Vikings, can you come back to Juneau with Byron and myself we need to round up some legislators…” 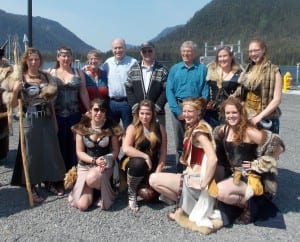 The mayor and governor combined to slice through the ceremonial ribbon, although it’s no longer a ribbon used to open harbor projects. 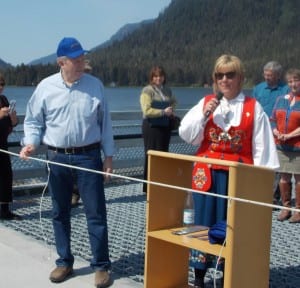 Afterwards, the assembled crowd walked down onto the float, including governor Walker, who acknowledged that the era of state funded projects is a thing of the past. “Timing is everything and Petersburg is fortunate they worked on this during the years they did,” the governor said. “It’ll be a while probably before we can do another one quite like this and this is a great success story.”

The new dock has been getting use and will likely be getting much busier as Petersburg heads into the summer fishing season.