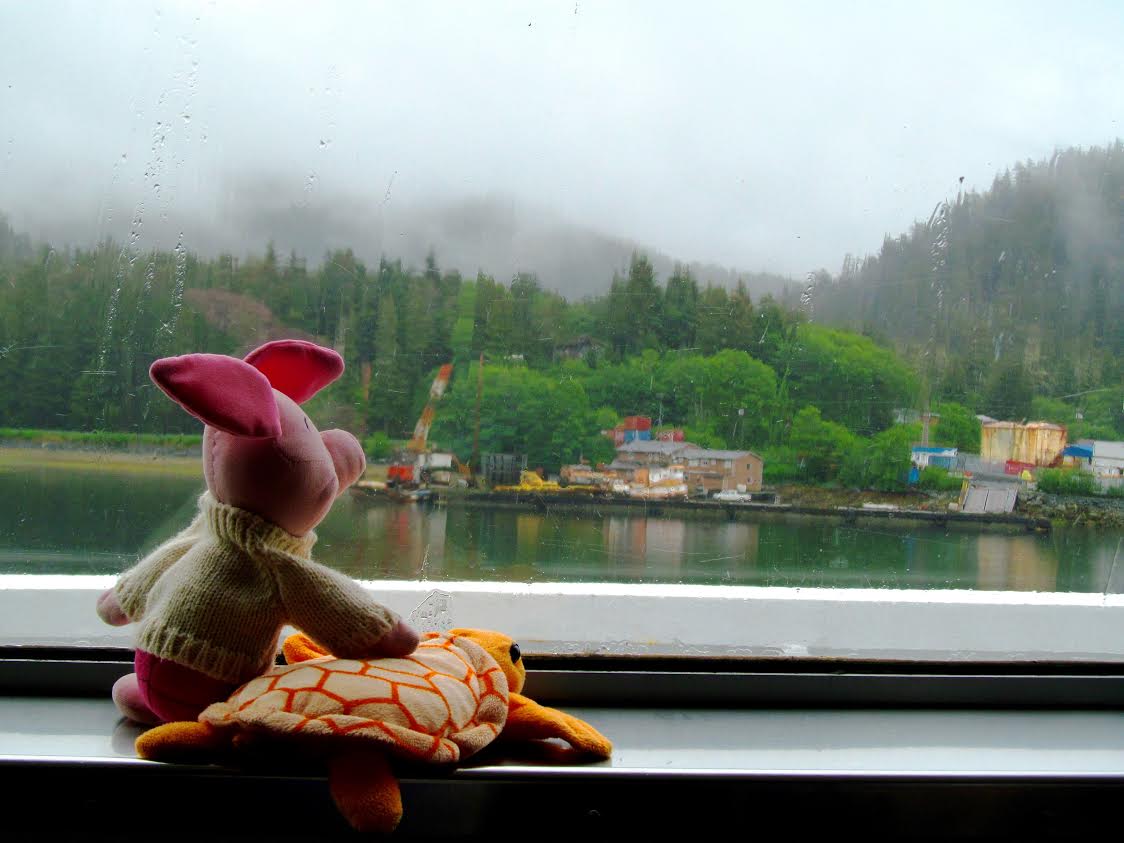 A mother and daughter from Petersburg are appealing for help from someone in Juneau who might know the whereabouts of two lost stuffed animals.

On a June 6 ferry ride on the Matanuska from Petersburg to Sitka, Lizzie and Katie Thompson set up two stuffed animals, Piglet and Aurora, on the windowsill of the observation lounge in the ferry for a photo. The mom, Lizzie says she left the stuffed pig and turtle behind in the rush to get off the ferry and help another passenger with a ride into Sitka. 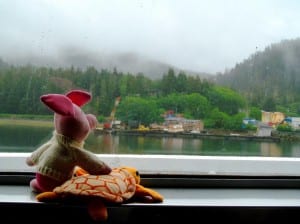 The Matunuska had already headed on to Juneau and Thompson found out the two companions were no longer on that ship. “So I posted it on Facebook and it’s just gone crazy,” she said. “It’s been shared well over 200 times. I’ve gotten calls from wives of captains, from crew members, from the managers of several different ferry terminals in Southeast. I’ve gotten lots and lots of friend requests, oddly and messages from people who have a Piglet like our Piglet that they would like for Kate to adopt.”

Meanwhile the search continues and Thompson is hoping someone got off the ferry in Juneau with the two stuffed animals. Eight-year-old Katie said she’s had Piglet for 3-4 years, and the companion has been with her on recent travels. “To Thailand to Virginia, to New York to Hawaii,” Katie said.

A friend of the Thompsons is offering a $100 reward to go to any charity for the return of Piglet and Aurora. “If someone has piglet and they fell in love with piglet and aurora and wanted to adopt them, we understand we love them very much too,” said Lizzie Thompson. “However Aurora does not belong to us and we would like to get her re-united with her girl in Virginia. And piglet we love dearly. And I know she’s a stuffed animal and we will all make it if we don’t get back together with her but we’re trying everything we can to get her home. No questions asked. We would just like to have her back.”

Anyone with the two stuffed animals can message Elizabeth Thompson on Facebook, or email thompsonthree@gmail.com or call her at 518-1622.