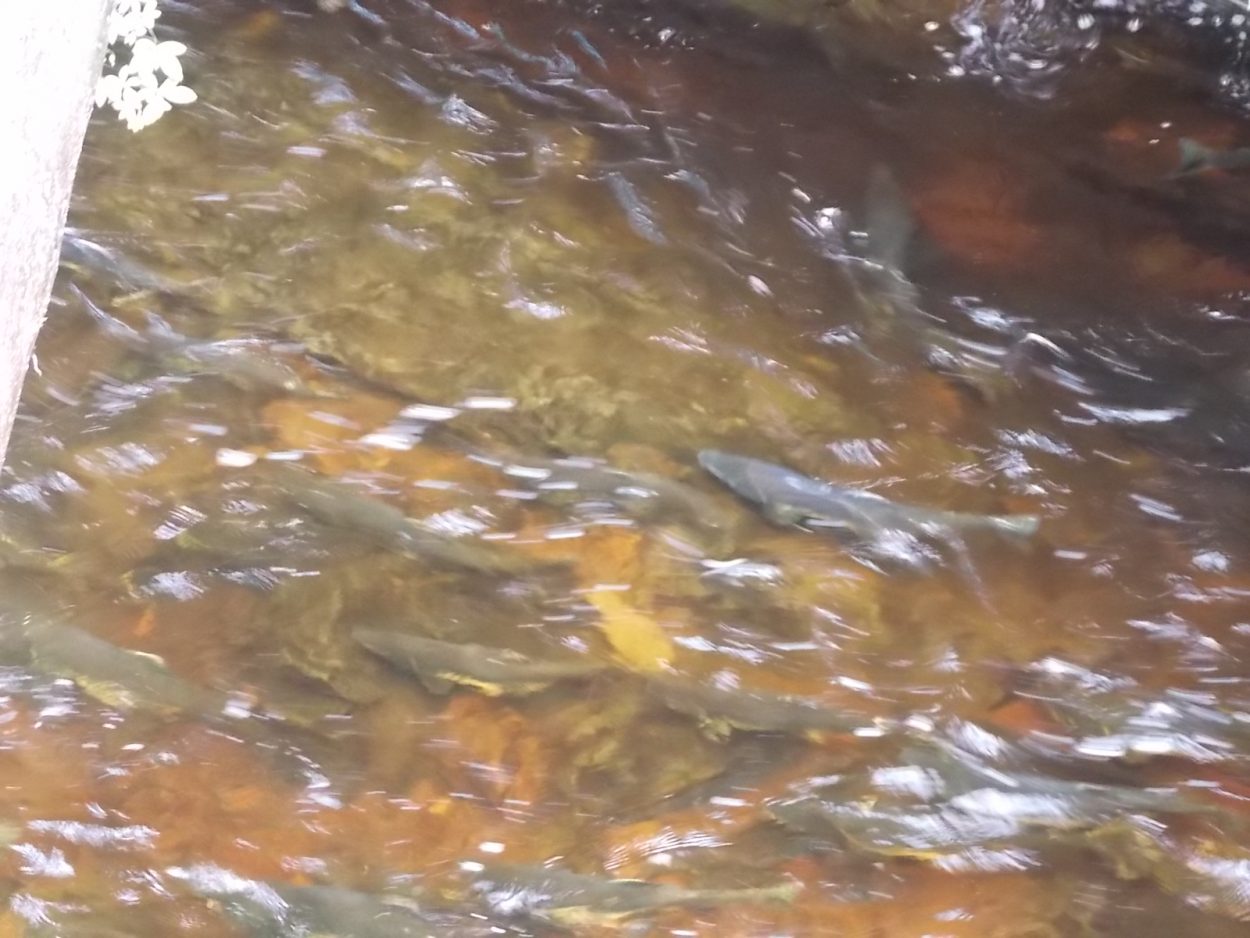 This year’s return of pink salmon in Southeast Alaska has started off slower than 2013’s record-setting harvest, the parents of this year’s pinks. About a month into the purse seine season but still weeks before the peak, some pink salmon are starting to show up in the commercial seine catches.

Another seine opening was scheduled for Thursday, July 16 although the department did not open any of the districts on the south end of the Panhandle. Piston expected the commercial catch to near about two million pinks after the Thursday opening.

A record-setting run of pink salmon flooded into Southeast Alaska creeks in the summer of 2013.

Going into the season, the department had forecast a strong harvest of somewhere between 37 and 79 million humpback salmon, with a point estimate of 58 million. This year’s run are the offspring from the record setting returns of 2013, a year that saw a catch of 95 million. In late July and early August of that year, the fleet was totalling eight million fish each opening and fishermen reported seeing those fish everywhere.

While this year’s run still looks to be strong Piston did not think it resembles the 2013 season. “So far this year it’s pretty clear I think at this point that we’re not going to see anything like 2013,” he said. “You know we look at sex ratios and things like that and they’ve been running, you know usually early in the season, you see a very high proportion of males and then as you get later in the season you start seeing the proportion of females get higher and higher and so far in most of the samples we’ve had the proportion of males has been lower than average. We did see a little bit of an uptick in some of our test fisheries this week where the proportion of males is a little higher so hopefully that will indicate run timing is more on the normal side.”

Fish and Game contracts with seine boats to do test fishing in several areas of Southeast. So far that test fishing this year has produced mixed results with some weeks around average for pink numbers and other weeks below average. The big question mark has been how pinks would survive warmer-than-normal ocean temperatures in the Pacific. Piston noted the early indications of the run strength were strong. “We know from, NOAA (National Oceanic and Atmospheric Adminstration) does trawl sampling to look at juvenile salmon leaving some of the main corridors in northern Southeast Alaska and we know we had great parent year escapements. We know a lot of juvenile pink salmon were moving out into the ocean but so far it looks like from what we’re seeing from the adult returns, it looks like survival rates may have been quite a bit lower than average out there in the ocean this year.”

Early catches this summer have yielded larger fish than the average, nearly four and a half pounds. Historically, other years that have produced fish that large have accompanied an average or below average number of fish caught. Pinks are the main target of Southeast’s purse seine fleet. They are usually canned and are also sold frozen, headed and gutted.