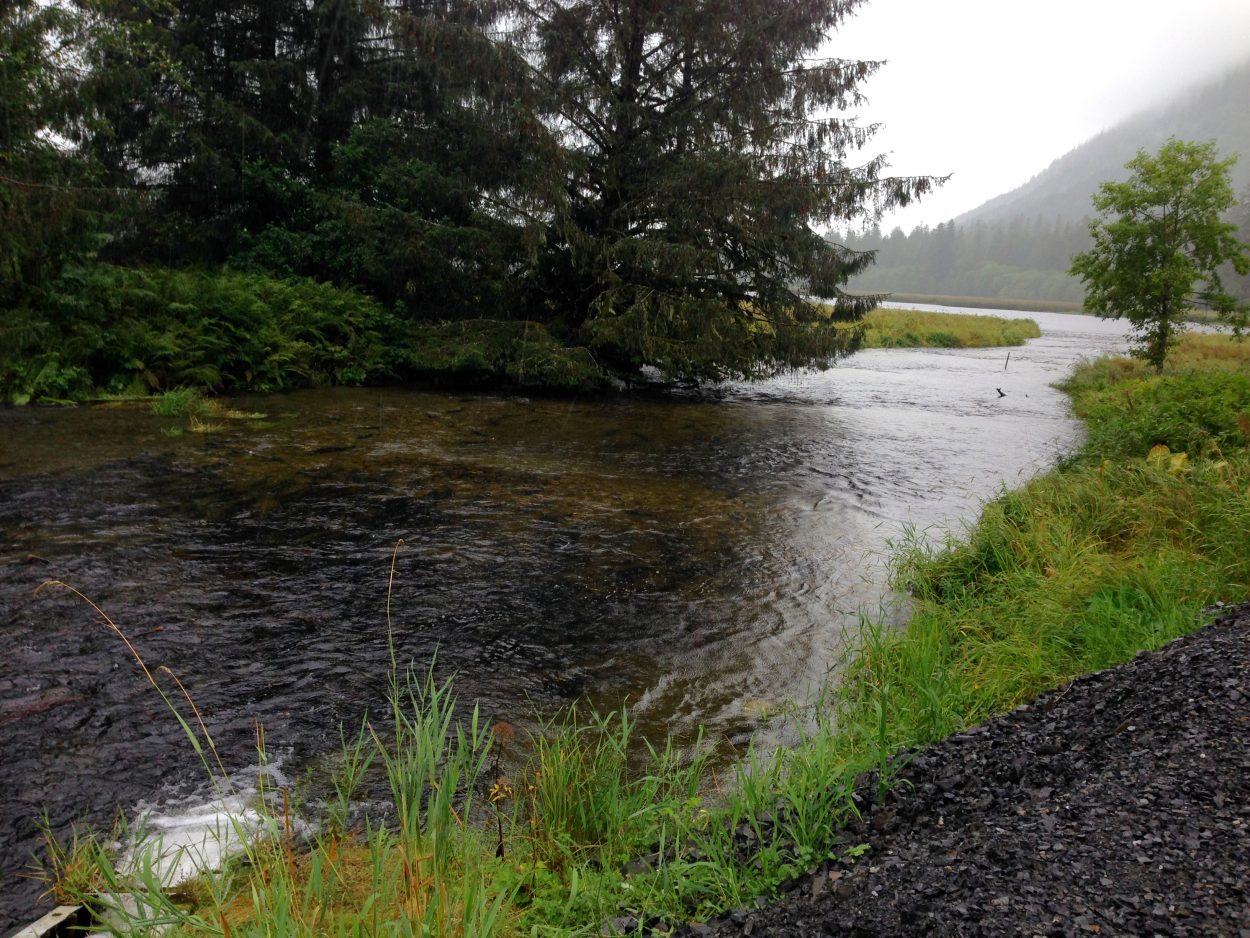 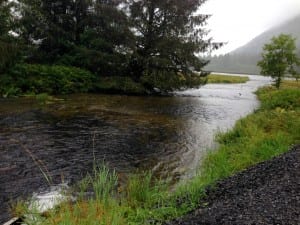 The Crystal Lake Hatchery, located about 17 miles south of Petersburg, expects to start gathering eggs from this year’s returning King salmon within days.

The creek leading up to the hatchery is shallow and clear and the King salmon are everywhere. They were all born and raised at the hatchery and every instinct is telling them to return home.

The salmon will hang out in the creek which is blocked off by a weir until they find their way up a small chute of rushing water nearby called a steep pass. The steep pass leads to a holding pond which is kind of like a swimming pool for salmon. The tank is the end of the road for these adult Kings since all salmon die after they spawn. The trick for the hatchery workers is to know when it’s the right time to harvest the eggs.

Comparing the returns from year to year isn’t easy. Thompson has been in the business for thirty years and there are so many variables that he is hesitant to call anything normal. But he says this year seems to be looking good. 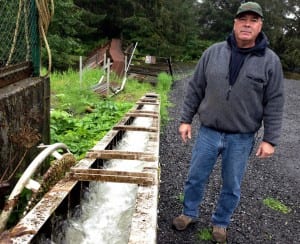 Hatchery Manager, Loren Thompson, stands next to the steep pass, which the king salmon swim up to the holding pond.Photo/Angela Denning

After growing to a heartier sized fish known as smolt, 600,000 of the salmon will be released at the hatchery creek, 100,000 will go to Petersburg’s City Creek, 500,000 will be transported to Anita Bay near Wrangell and 500,000 to Neets Bay at Ketchikan.

This is the first year that the Crystal Lake hatchery is being used after a fire destroyed its incubation room and a generator shed last year. It’s all been replaced now and KFSK will be reporting on what the new equipment means for the hatchery.