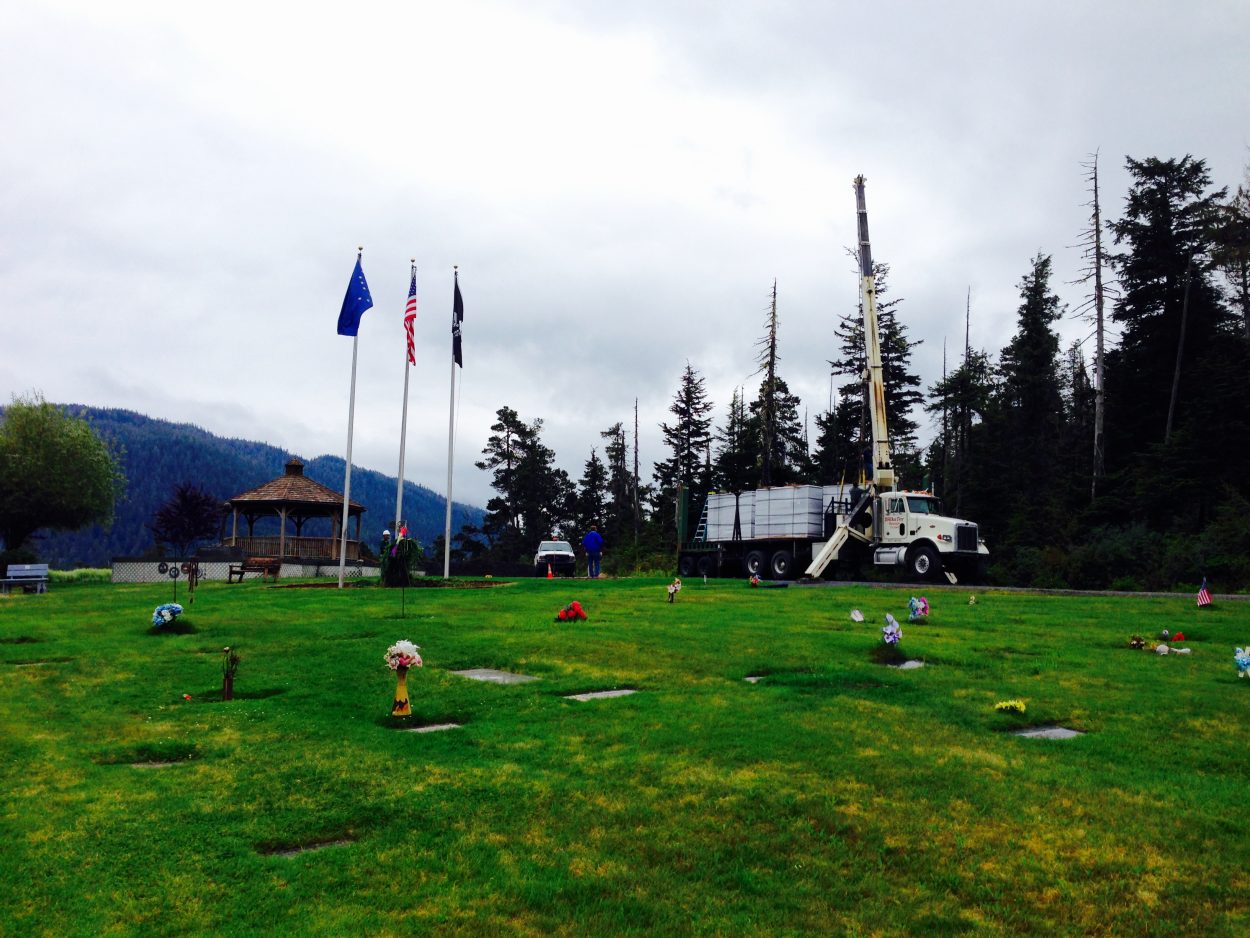 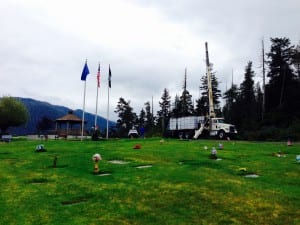 A new columbarium was installed at the Petersburg cemetery this summer.

The Petersburg Borough Assembly will meet today at noon for a regular meeting. Assembly members will be going over the details of the new columbarium, which will house urns at the cemetery. The assembly will consider the fees for it as well as updating other cemetery fees.

A new fishing park, now called the Mathisen Fishing Dock project, will be discussed at the meeting as well. It would be a park just north of Eagles Roost Park that would include docks for fishing. In a letter to the assembly, Parks and Recreation Director, Donnie Hayes said that the Mathisen family donated three plots of land along the shoreline and $100,000 dollars for the project. The money is currently saved in a Borough finance account. The family has helped design a layout of how the park would be, including a ramp from the street to a pier. A resident interested in the project, Mike Schwartz, is scheduled to speak to the assembly about the proposed park.

The borough will consider accepting a grant of 149,000 dollars from the Division of Homeland Security and Emergency Management. It would pay for part of the installation of an emergency services radio system.

The assembly will consider sending a strong message asking the Governor to respond to the Ninth Circuit’s panel decision on the Tongass exemption from the Roadless Rule. The proposed resolution urges the Governor to file a petition in the U.S. Supreme Court.

Assembly members will also hear a presentation from Susan Erickson who will give an overview of the borough’s liability insurance.

The assembly will also be hearing updates from the Borough mayor and manager about current issues.

Again, the assembly meeting will start at noon in assembly chambers.

KFSK will be broadcasting the meeting live.