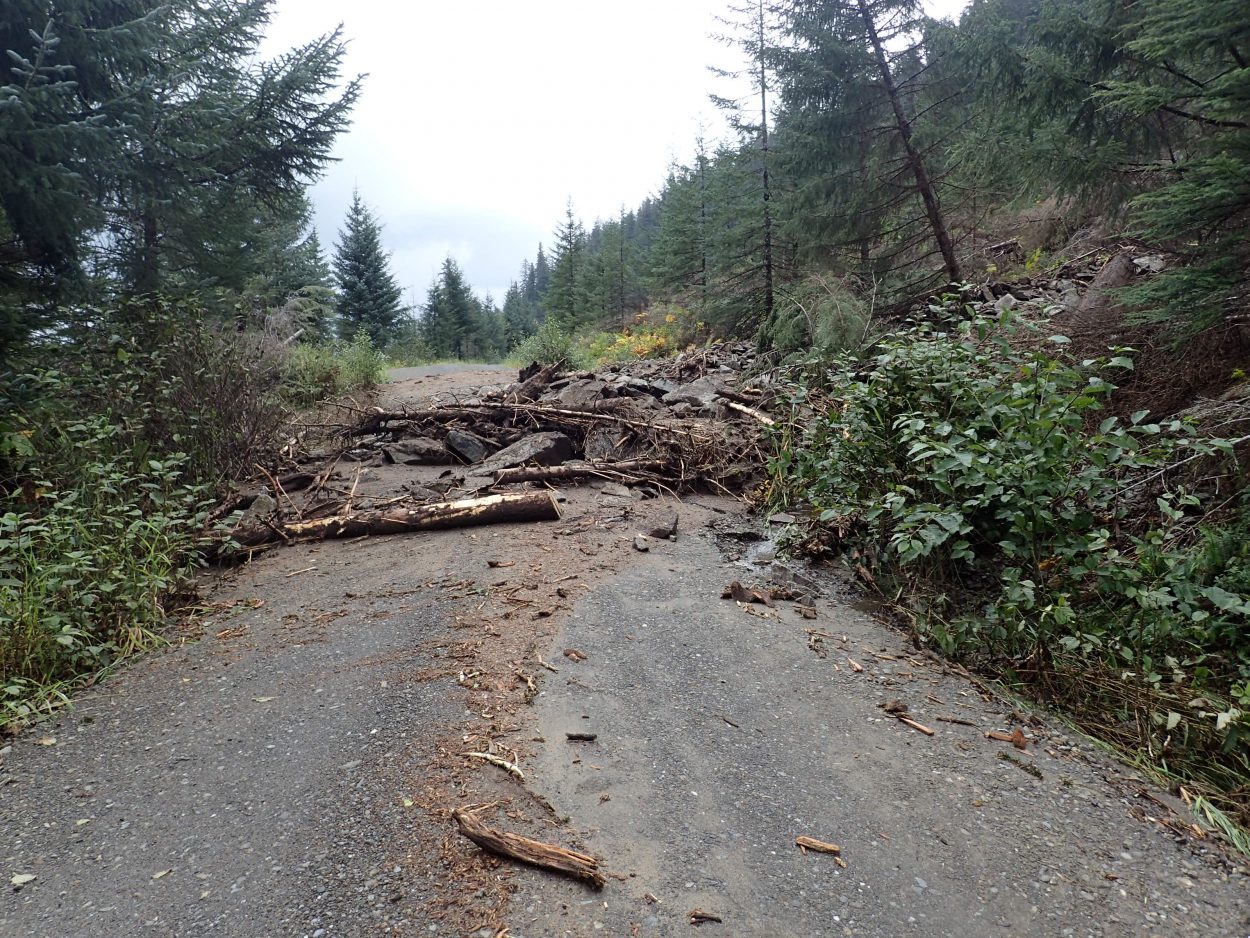 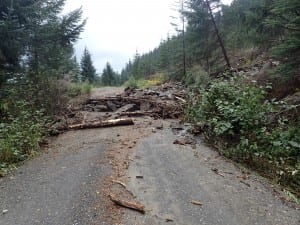 Recent heavy rainfall is thought to be the culprit of a landslide that is blocking one of the road’s on Petersburg’s Mitkof Island.

Rocks spilled across Dry Straits Road at about the 5 mile point. It was first noticed Friday.

Linda Slaght is the Acting District Ranger for the Petersburg Ranger District.

“It’s a rock slide mostly across the road at about, between 5.2 and 5.3 mile on the Dry Straits Road,” Slaght said. “And it’s about 70 cubic yards of material that needs to be removed. The road appears to be in pretty good shape although there are several other spots where there’s been some washing of the surface material and so we will need to put some crushed rock over the road about thirty cubic yards of that.”

Now the Forest Service is putting together a contract to get the road cleared as soon as possible.

The Dry Straits road is used to access hunting areas and for reaching a garnet mine. The road comes off of the Three Lakes Loop Road.

The Forest Service is assuming that the cause was recent rain fall.

“It hasn’t been evaluated by a soil scientist but it originated on a steep, rocky slope, it’s mostly bedrock material,” Slaght said.

The landslide did not appear to affect any fish streams. The nearest culvert appears to be working at this time.

The U.S. Forest Service will let the public know when the road will be open again.