Scientists discover the cause of Baird Glacier’s extreme outburst flooding 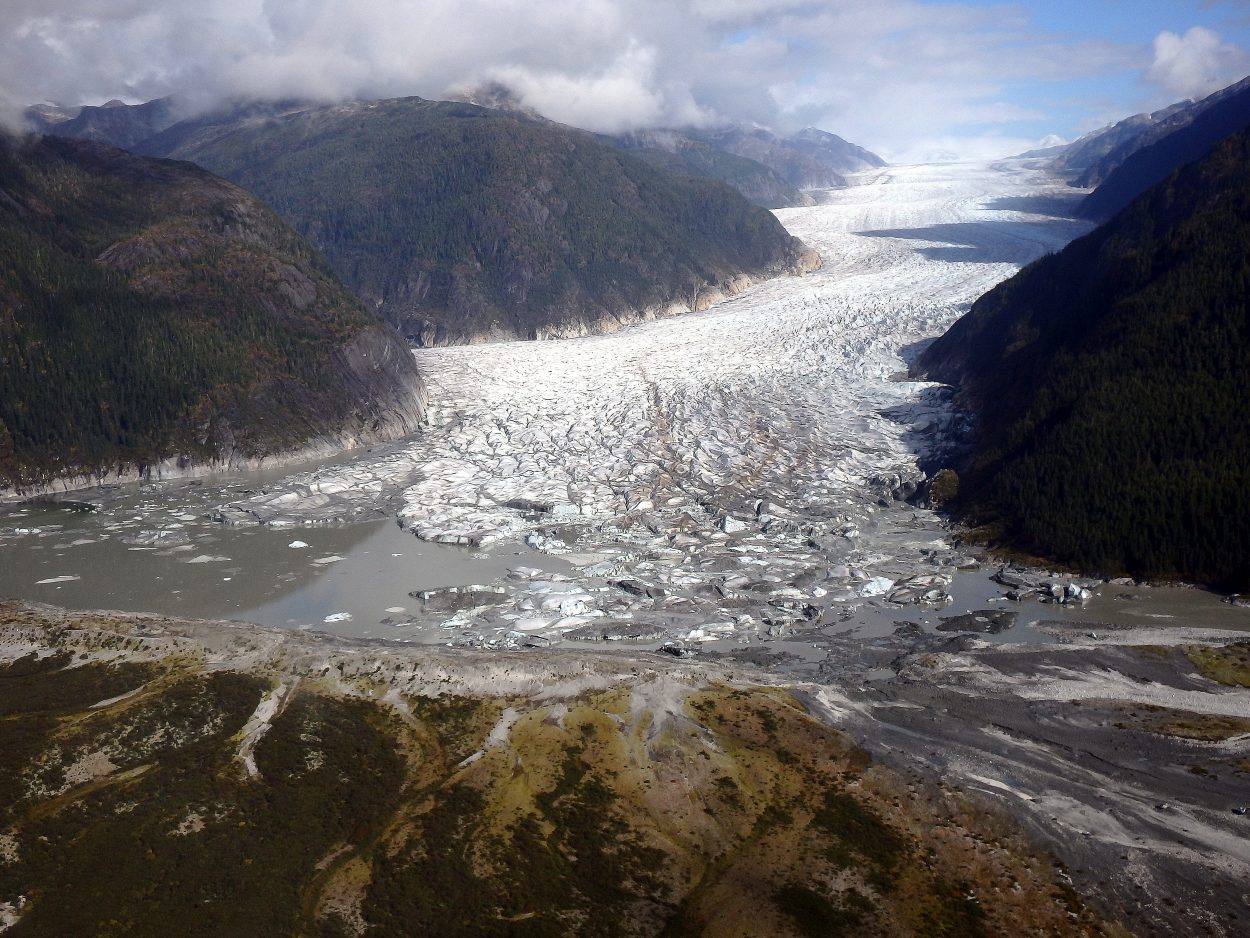 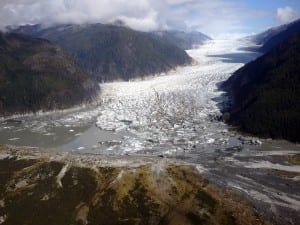 Scientists now have a better idea about what caused the outburst flooding at Baird Glacier near Petersburg at the end of September. But as Angela Denning reports, it’s hard for them to know how it affects the surrounding ocean and when the next flood might happen.


The Baird Glacier regularly floods but nothing this extensive had been seen for decades. Greenish turquoise water spread for miles into Frederick Sound and the Wrangell Narrows. A week later, U.S. Forest Service Geologist Jim Baichtal and other scientists had gotten a bird’s eye view.

“There’s no water,” Baichtal said. “It’s all gone and it looks like there’s been a tremendous amount of collapse of the surface of the ice.”

New crevasse fields had opened up, and sink holes and fractures had formed along the edges.

“I don’t know what the surface of that ice was but all indications is it’s much lower,” Baichtal said, “maybe much being greater than 50 or 60 feet lower than it was originally across the whole valley floor and back in many of the side branches of the Witches Caldron.”

The Witches Caldron, an arm of the Baird glacier, is likely where it all happened. 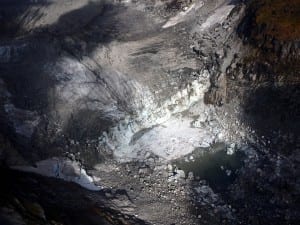 Witches Caldron is a branch of the Baird Glacier. Photo/USFS

“It’s a totally crazy place actually. When you fly over it the name seems appropriate,” said Martin Truffer, a Glaciologist at the University of Alaska Fairbanks who studies glaciers all over the state.

Truffer said usually glacier ice flows downhill until it melts but the Witches Caldron is more like a sink, drawing more ice back to it where it eventually disappears.

“I don’t quite know how to describe it but when you see it, it’s this weird looking place where the ice just sort of flows in from a few sides and goes to die,” he said.

Glacial flooding is not unusual. Water accumulates in back of the ice or underneath it and because water is denser than ice, it eventually lets loose. For some glaciers that happens every year and for others every few decades.

There are thousands of glaciers in Alaska and many of them are studied, especially now that global warming is a hot topic. Almost all of them are getting smaller. The large Stikine Icefield in Southeast, which feeds both the Taku and Stikine Rivers, is losing about 10 feet a year. But how retreating glaciers affect outburst flooding greatly varies says Truffer. It’s a case by case basis. 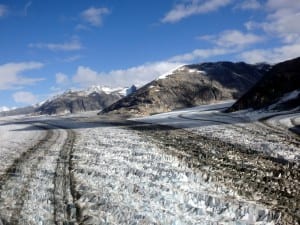 View of Baird Glacier from the air. Photo/USFS

“You can really have a situation where a place essentially gets safer in terms of natural hazards or you can have the opposite,” Truffer said.

The Baird outburst flood spread fresh glacial water for miles. Fresh water is buoyant so it stays on top of the salt water. But the effect of that on marine life is largely unknown. Truffer hasn’t heard of many problems from Alaska’s glaciers but knows of one outburst flood in Iceland that was obviously harmful.

“It was big enough that it killed a large amount of fish,” Truffer said. “People just noticed dead fish everywhere.” 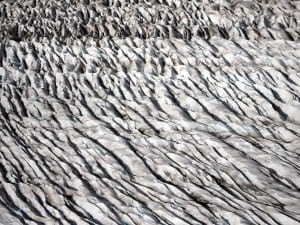 “People are starting to ask, as glaciers retreat, you’re putting more fresh water into the ocean, how is the ocean going to respond, how does that affect marine life? You’re also transporting sediment and nutrients from beneath the glacier,” Amundson said.

An interdisciplinary project at UAS called Icefield to Ocean is investigating those things.

How often glaciers like the Baird flood comes mostly from anecdotal evidence. But Jim Baitchal believes the Southeast glacier could see another one sooner than later if weather trends continue. He compiled data on precipitation from nearby Petersburg for the months of April through September and found it was above average in recent years.

“Four of the last five years, they’ve been particularly wet periods and probably building up those lakes,” Baichtal said.

Baitchal is interested in more tracking. He’s gathering recent images of the glacier—everything from regular photographs to remote sensing satellite images—and then by monitoring changes he hopes it might be possible to predict when the next flood could happen.