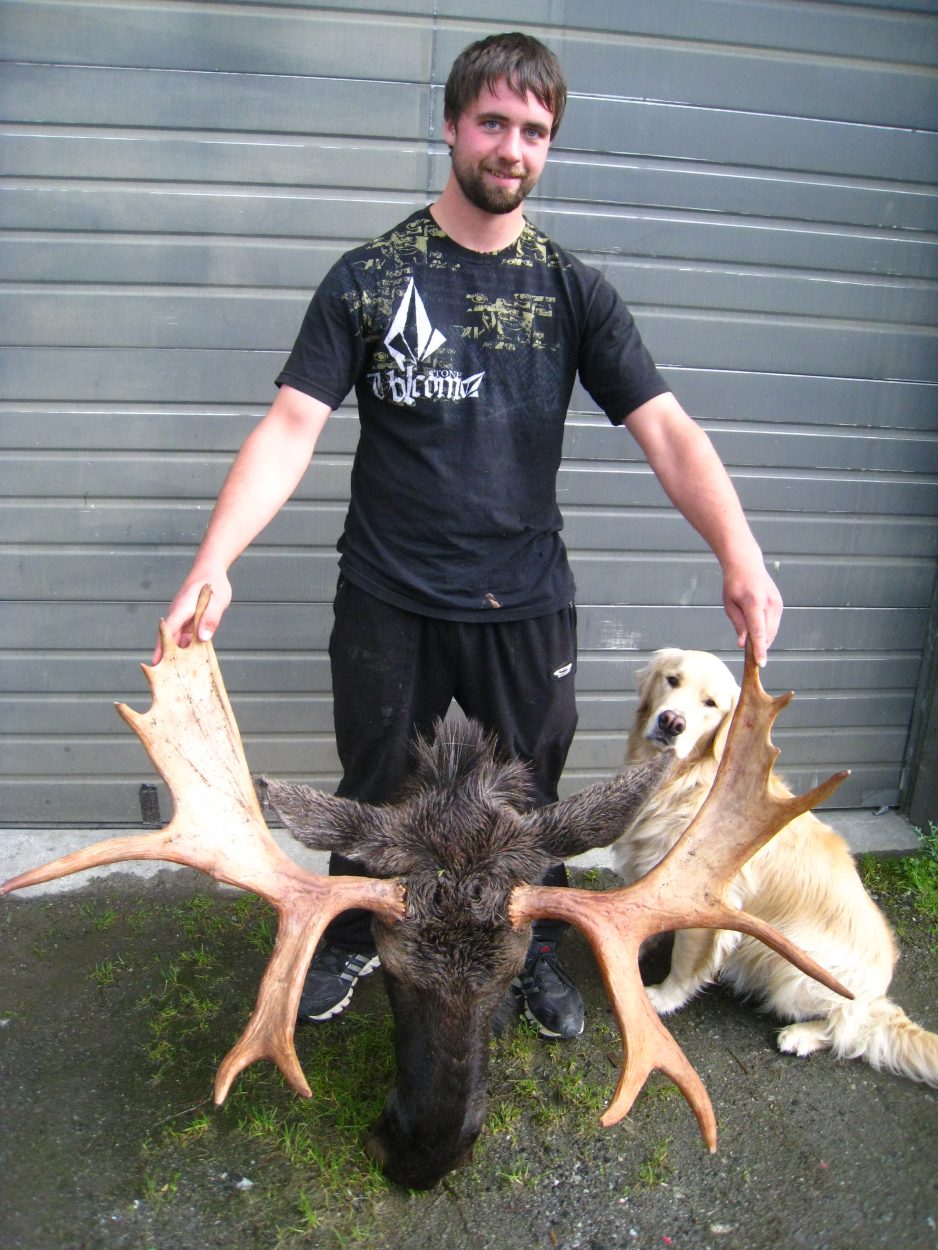 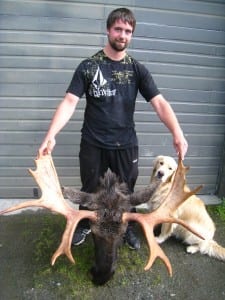 Petersburg resident, Darren Lachapelle, holds the antlers of a moose he killed this season. Photo courtesy of Rich Lowell/ADF&G

Ninety-seven bulls were harvested in the month-long season which closed Oct. 15 near Petersburg, Wrangell and Kake. That number could grow as hunters have five days from the kill date to check in antlers with the Alaska Department of Fish and Game.

Still, it will likely go down as the third highest harvest on record, exceeded only by last year’s harvest of 106 moose and the 2009 record harvest of 109 moose. The harvest slowed down in the last week of the hunt with 14 moose killed October 6-15.

Thirteen of the total 97 bulls taken this year were illegal and had to be forfeited to the state which then donated the meat to charities. The hunt follows antler restrictions which are in place to protect middle age breeding males to continue the species.

The season ran September 15 through October 15.

Fish and Game is encouraging hunters to complete and submit their moose hunt reports as soon as possible while it’s still fresh in their minds. All those who obtained a moose permit must submit a hunt report, even if they did not hunt.