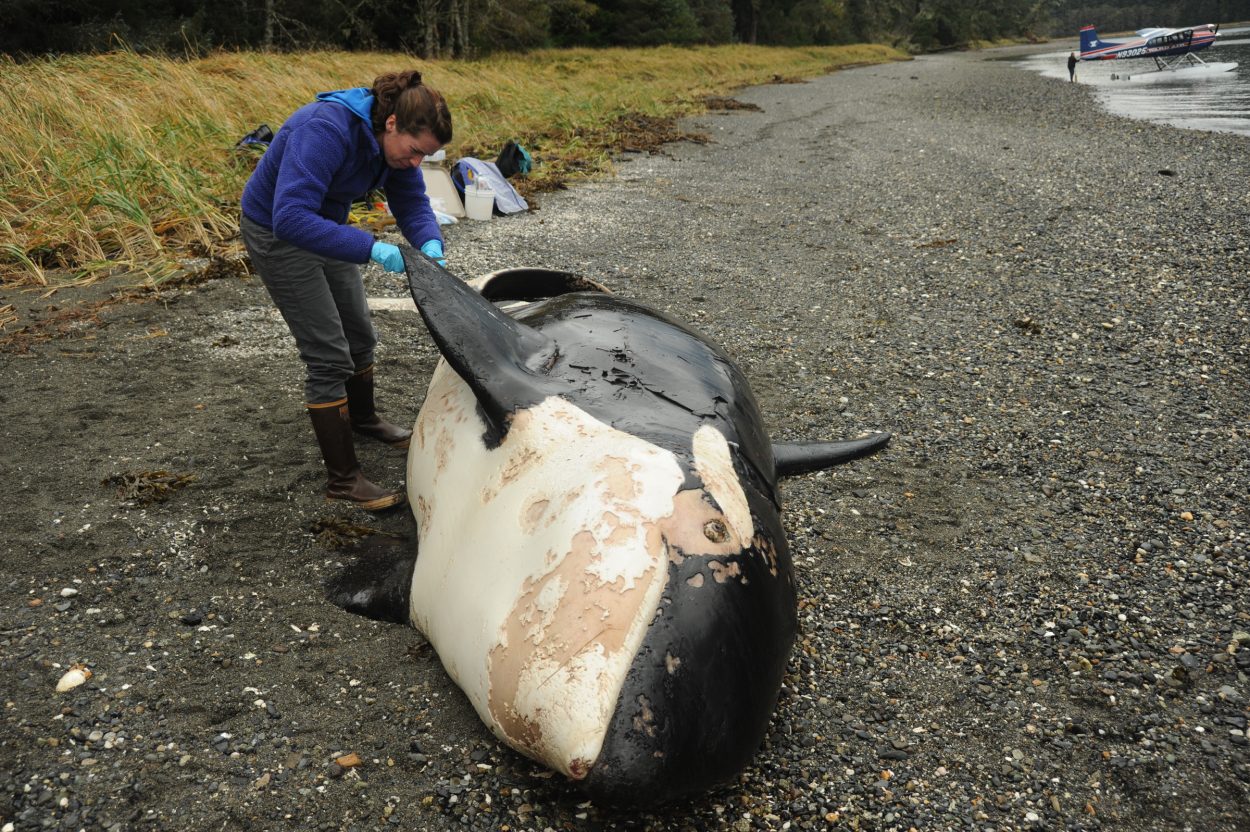 Scientists have identified the dead killer whale found on a shoreline in Southeast Alaska last week. The dead whale was discovered by a moose hunter last week, about 25 miles from Petersburg.

NOAA fisheries spokesperson Julie Speegle said a team of scientists made it to the Portage Bay on northern Kupreanof Island Monday. “They were able to conduct a full necropsy, which they collected a full suite of necropsy samples which will help determine the cause of death,” Speegle said. “The necropsy team did not find any indication of external injuries but they did discover that the killer whale had an infection in the jaws, so they’re doing some more research on that.” 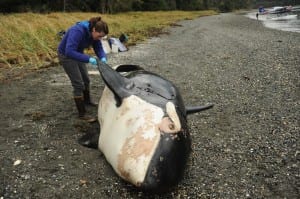 The eight-person team was a collaborative effort of NOAA Fisheries, the University of Washington, the Vancouver Aquarium and the Petersburg Marine Mammal Center.

Speegle said photos of the carcass were taken by volunteers from Petersburg who made it to Portage Bay on Friday and those photos have been used to identify the whale. “The killer whale research community, including some folks from Canada were able to identify the animal as 0059, a female offshore killer whale that was first identified in the early 1990s and has been documented from California to the Bering Sea,” she said.

Offshore killer whales eat sharks, and are different than the fish-eating resident whales or marine mammal-eating transient orcas typically seen along the Alaskan coast. This orca had teeth that were flattened to the gumline, like other shark-eating offshore whales. The orca may have been at least 40 years old when it died. Female orcas can live about 50 years, but some may live as long as 100 years. 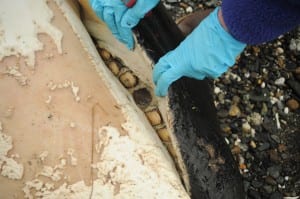 This whale’s teeth were worn down to the gumline, typical of offshore killer whales that may feed on sharks. NOAA Fisheries/John Moran Taken under permit.

The next step for the scientists is testing the samples retrieved from the carcass to search for what killed this animal. The skeleton may be retrieved in the future for further research.

The whale was freshly dead, so the team was able to get good samples from the carcass. Anyone spotting a dead or stranded whale or marine mammal is asked to call the NOAA Fisheries hotline at 877-925-7773.