Petersburg’s borough assembly meets Tuesday, October 20 and will be voting on a truck purchase and a zoning change for the airport subdivision.

The zoning change would be for a little more than two acres of open space land along Haugen Drive, between Haugen and the Hammer and Wikan Grocery store. The proposal is to change that green space land to commercially-zoned property, with the intention of selling that land for development. The planning and zoning commission recommended the zoning change earlier this month. 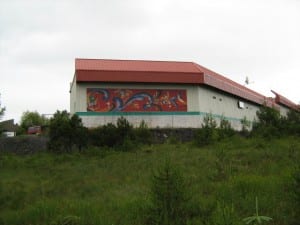 The borough assembly will decide whether to rezone this green space next to the Hammer and Wikan shopping center.

Also on tonight’s agenda is the purchase of a flatbed truck for the electrical department for just under 37,000 dollars.

As they do in the fall after an election, the assembly will choose from their members the vice mayor and representatives to other boards and organizations.

The assembly will also discuss the municipal building renovation plan as well as possibilities for water monitoring on the Stikine River.

The meeting is at 7 tonight in borough assembly chambers. KFSK will broadcast the meeting live.