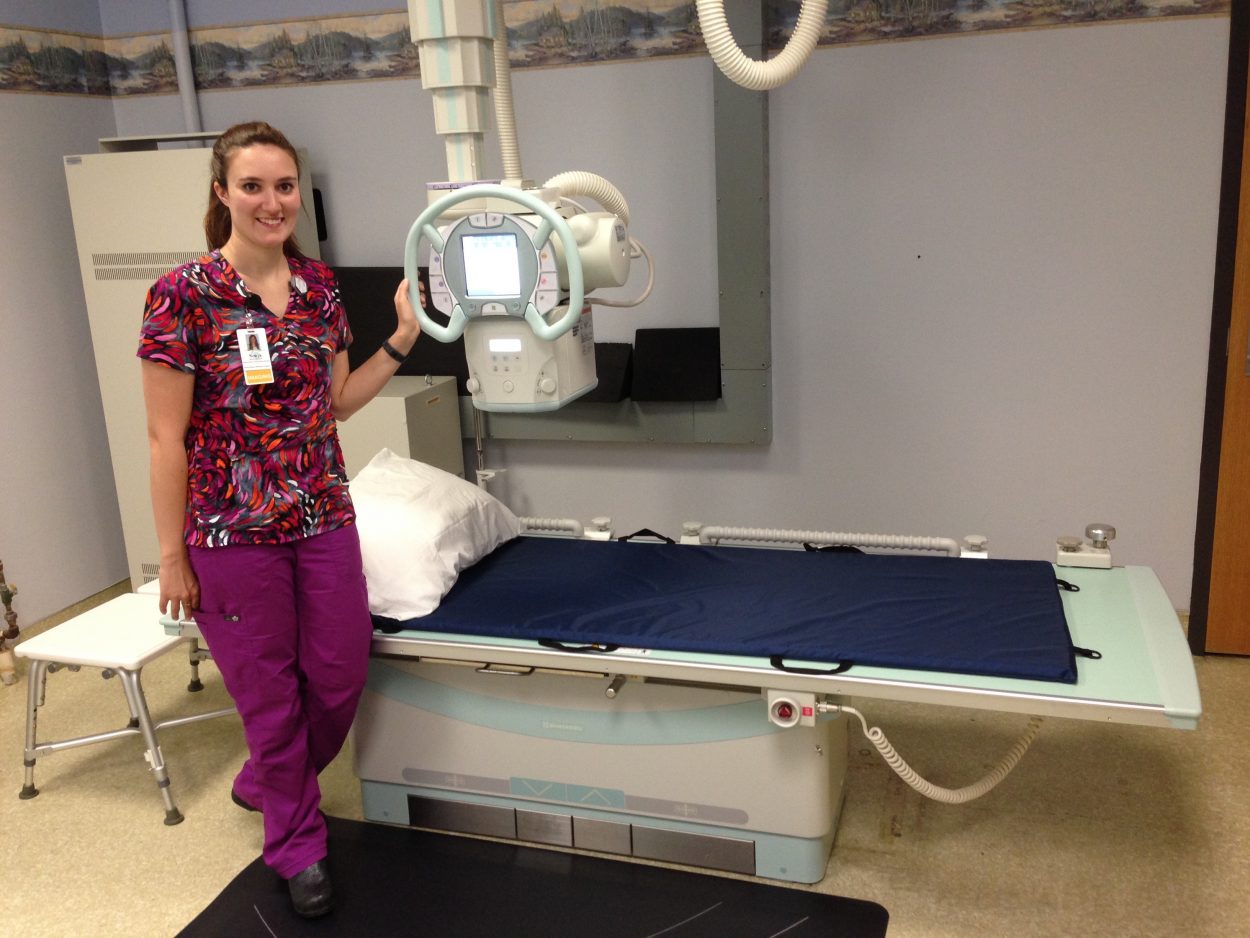 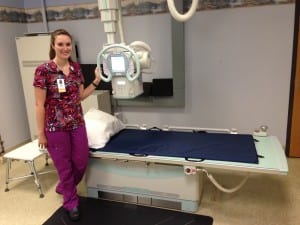 If you break a bone in Petersburg you first need to find out if it can be treated locally or if you need to fly to a bigger hospital. That decision often involves getting an X-ray at the Petersburg Medical Center. And with the center’s new X-ray machine, staff is more equipped than ever to help make that decision.
I met Liz Bacom, the Lab and Imaging Manager, downstairs of the hospital in the Imaging Department. She showed me into the X-ray room where the new machine was located.

“It replaced equipment that is about 15 years old and becoming more and more obsolete. Parts were really difficult to obtain because they weren’t making that equipment anymore. And so we were facing more time down which is really difficult when you have patients, you need to take imaging studies and you don’t have an X-ray,” Bacom said. “It basically has the same functionality as our old equipment but it is electronically updated. We can program exposure times in advance so we don’t’ have to do settings each time and we can run through a menu. So, if you’re coming in for a wrist, we’re going to take three views, it will run through the different techniques, automatically in the order that you would take them so we don’t have to reset positioning.”

The person often running the X-ray machine is Sonja Ewing. She is a Radiologic Technologist. She echoed what Bacom said about the basic function being the same and said it’s more streamlined.

In other words, Bacom said, it’s a technology upgrade.

“I think you could compare this to an old flip phone to a smart phone in that regard,” Bacom said. “I mean there’s a lot more intuitive features in this that help us get good images on our patients.”

The hospital took out a lease agreement for the machine. The price tag? About $100,000, which Bacom says is not unusual.

“Actually this is low end for imaging equipment,” Bacom said. “An ultrasound machine would run quite a bit more than that.”

Getting a new X-ray machine isn’t as simple as having the money though. The machine is large. It takes up most of the X-ray room. Ewing said having the right size space and kind of space was required.

Ewing: “With this whole machine it has a big track system all across the ceiling. So this tube can move from the far right corner to the far left corner depending on where we need to be to take images of our patients. So it’s kind of a big thing with room size-ment and generator size of where things can be placed as well as this room is a fully lead lined room to keep technologists and patients safe. We were lucky that this room is already built for an x ray machine and that it was capable to go back in it but it can get tricky of where to place these large machines.”

Denning: “When you say lead lined you mean in the walls or something?”

Bacom: “Yeah, the sheet rock is all metal or lead lined and if you look in the door there’s strips of lead within the wood that block the radiation from getting out of this room.”

Having a good X-ray machine at the Petersburg Medical Center is important. Bacom said it’s used more than any other testing in the laboratory combined.

As for the old X-ray machine?

“It was scrapped,” Bacom said. “ There wasn’t any useful life left in it, couldn’t get parts for it.”

All the X-rays are read by radiologists in Eugene, Oregon contracted with the Petersburg Medical Center.