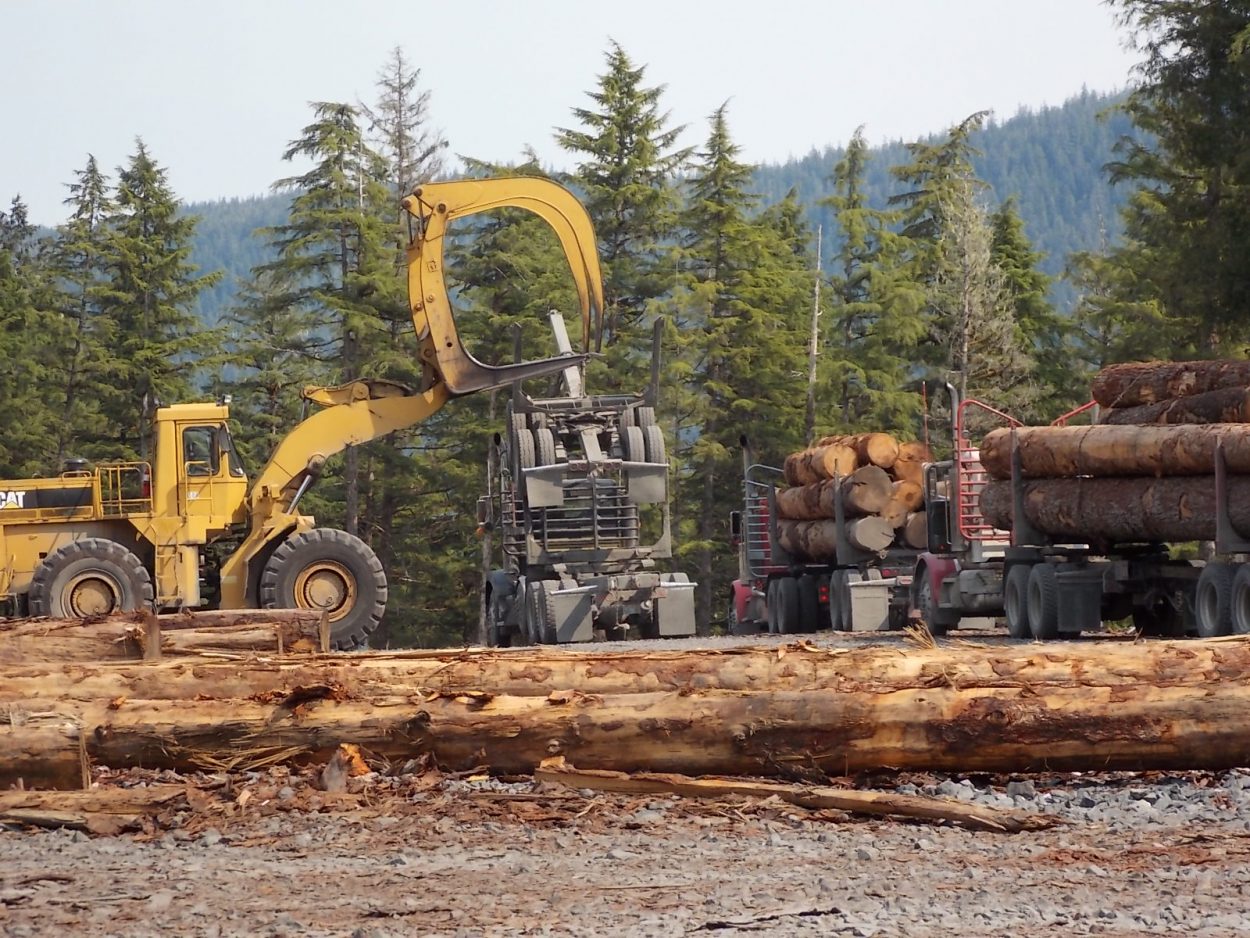 The U.S. Forest Service has released a new plan for managing timber lands on the Tongass National Forest in Southeast Alaska. It puts a timeline on the transition from old- to young-growth logging and it attempts to make it easier to develop hydro projects on forest land.

The draft Environmental Impact Statement document for the forest plan amendment is over 1,000 pages. It reflects this year’s unanimous recommendation by the 15-person Tongass Advisory Committee on transitioning to a harvest of younger, second-growth trees on areas that have already been logged. That was directed by the Secretary of Agriculture in 2013.

Forest Supervisor Earl Stewart said the agency’s analysis shows that transition is possible in 16 years. “In going to a young system, it’s going to require both accuracy and precision in the product availability and the ability to go to areas that have been harvested in the past,” Stewart said. “That’s certainly going to cause some concern from some parties as to what that represents in the meantime but recognize that this is the draft Environmental Impact Statement.” 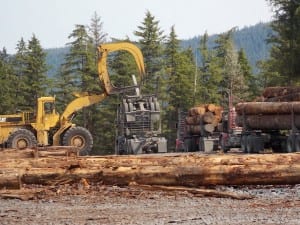 Logs are loaded onto a truck on Kupreanof Island in 2013.

Proposed timber sales that are already in the planning stages, involving old growth or young growth, will continue forward. The plan does not propose any new wildlife conservation strategies, wilderness areas or wild and scenic river designations. It does recognize changes from this year’s transfer of Tongass land to the Sealaska regional Native corporation.

The plan also proposes making renewable energy projects on Tongass lands easier to develop. Stewart said the aim is “It really seeks to try and provide a better economic outcome for parties and communities across Southeast Alaska by allowing access for hydropower or other uses, to help supply those,” he said. “If you’re familiar with some of those communities that are currently challenged by having to utilize diesel generation or anything like that, this is one of those opportunities to look at the landscape in a broader context, to provide a more renewable resource and use of energy production for those communities.”

While the plan does not recommend new lands for permanent protection, it would reduce the acreage that could be logged. Environmental groups are happy to see lands around some Southeast salmon streams would no longer be in the timber base. Southeast Alaska Conservation Council Deputy Director Emily Ferry says there’s both good and bad in the updated plan. “And the good is that we’re very pleased to see that some of the salmon strongholds that we’ve working for years to protect, places like Port Houghton, Castle River and East Kuiu are no longer considered in the suitable timber base,” Ferry said. “The unfortunate part is that the Forest Service missed a huge opportunity to put the controversy associated with clear-cutting old growth behind them.”

Ferry said the plan does not transition out of old growth logging soon enough. She said concerns over impacts to fish and wildlife habitat, recreation opportunities and climate change will continue with logging old growth forests.

“For one thing there’s not enough young growth to support a round log export business for any length of time,” Graham said. “For a few years you could but after that there’s just not enough acres. The second concern is right now the logs are too small for the saw mills to utilize and if you cut ‘em now then 30 years from now when they would have been mature, they’re not going to be mature timber. And so, the only way to keep the sawmills operating is to continue harvesting old growth and we don’t want to be stuck with just one good sawmill, we want to have a number of mid-size saw mills and a number of small mills.”

The draft documents are available online. A 90-day public comment period is underway and ends February 22nd. The Forest Service plans to hold public meetings on the plan in Southeast communities.