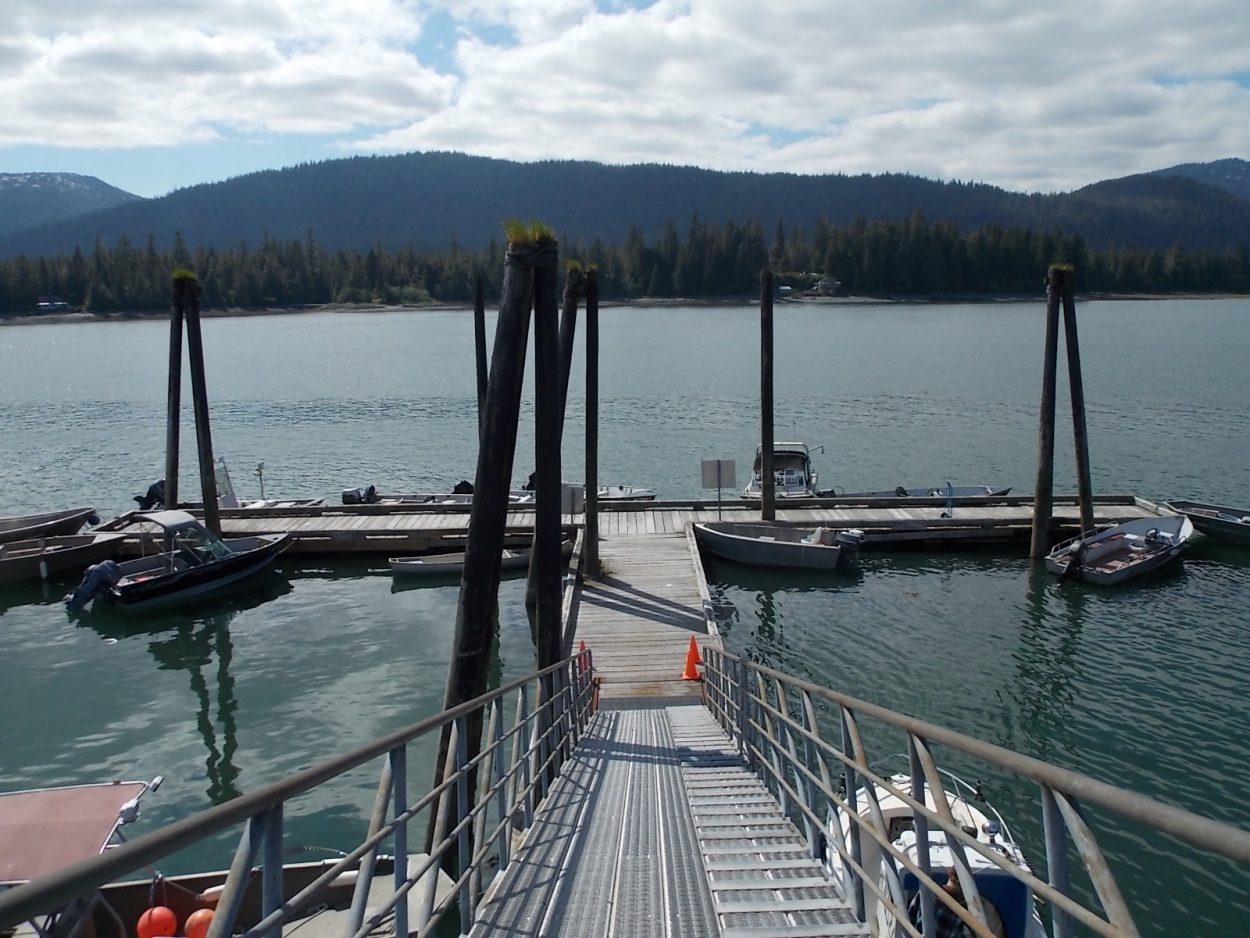 Now that the Alaska Supreme Court has decided Petersburg’s borough boundaries, the transfer of three remote state-owned docks in the new borough may be back up for discussion. Petersburg’s borough assembly Monday agreed to send a letter asking for the docks from the state, if the price is right. Meanwhile the city of Kupreanof still wants to take over one of those docks.
The three remote state-owned docks are on Kupreanof, at Papke’s Landing ten miles south of Petersburg and on Entrance Island in Hobart Bay on the mainland north of Petersburg. The state has expressed interest in turning them over to Petersburg in the past but was awaiting last month’s court decision to make sure all three remained within the boundaries of the borough.

“In our conversation with Mr. Lukshin it seemed to me that there would be the best approach for the borough to ask for all three of these harbors, these docks,” Jensen told the borough assembly this week. “And there’s possibility maybe we’d wanna just do away with Entrance Island. Maybe Hobart would like it, Goldbelt. I don’t know if that could be done or not. In the future if we’d wanna convey ownership of the Kupreanof dock to the city of Kupreanof, I would think maybe that would be negotiable at a later date.”

Goldbelt, the urban Native Corporation in Juneau, owns land at Hobart Bay. The city of Kupreanof would like to own the dock in that small city across the water from Petersburg. Kupreanof has sent several letters, the latest just last month, asking to take over that dock. The December letter from mayor Tom Reinarts said the city of Kupreanof remained committed to taking over that facility from the state and was financially stable and able to provide the needed maintenance. That dock is used by homeowners along with cruise ship passengers and others using the trail system up Petersburg Creek and Petersburg Mountain.
A 2010 letter from Lukshin offered a one millon dollar payment for Kupreanof to take over that dock, dependent on legislative approval. That approval didn’t happen at that time.

Petersburg has since commissioned a facility assessment as part of its waterfront master plan and that assessment determined both floats at Papkes and Kupreanof needed to be replaced. The estimated price tag on the Papke’s float is 1.1 million dollars, while the Kupreanof float could cost 1.4 million to replace.
The floats at Papke’s and Kupreanof were built in 1961 and the state did some repair work there in the 1980s. The Entrance Island Float was built in 1956 and the state last did maintenance work on it in 1999. 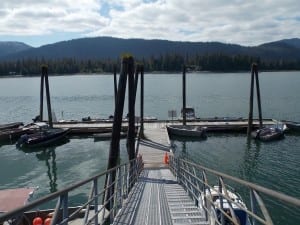 The cost of replacement and ongoing upkeep could be a deal breaker for any transfer. Assembly member Nancy Strand wanted financial support from the residents in those remote areas. “Personally at the added expense I don’t think we should even be discussing this until these areas are in a service area and can take responsibility for some of the funding that’s going to be required for repair and maintenance and operation,” Strand said. “Even if you could repair it for $20, the maintenance and upkeep is going to be exorbitant.”

Other assembly members also wanted some assurance they were not committing to a transfer by sending a letter. Assembly member Jeigh Stanton Gregor asked about how the process could unfold.

“And I’m still up in the air whether it’s a good idea to take them,” responded Jensen. “And I know they’re important, especially the Papkes dock for transportation and the Kupreanof dock for the residents that live off the island but how to we afford to take them?”

“It’s a conversation starter not a commitment,” wondered Stanton Gregor.

“Right it is,” said Jensen. “And if we don’t accept them are they just gonna leave em in place until they fall apart and then take them out? Then it’s a matter of us arguing with the state.”

The assembly agreed to send a letter to the state asking for the three docks and agreed to revisit the issue if the state comes back with an offer.