Halibut commission boosts catch limits for most of the coast 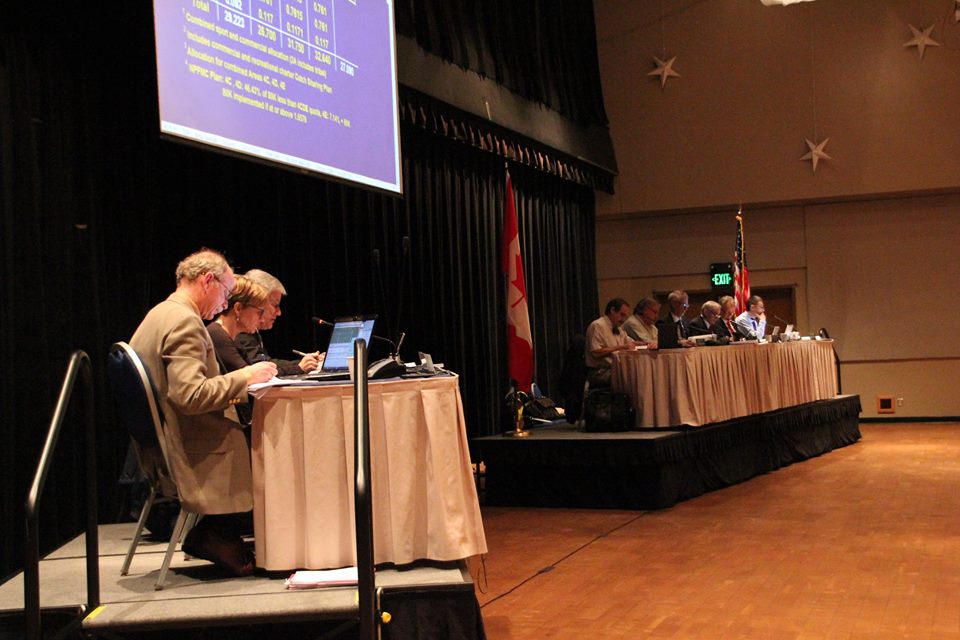 The International Pacific Halibut Commission Friday approved an increase in halibut catch limits for most of the coast.

The joint U.S. and Canadian body oversees management of the prized bottom fish from California to Alaska. The commission held its annual meeting in Juneau this week.

Commissioner chair Jim Balsiger of Juneau said the decisions were not easy to make. “But all in all I think it was a really good meeting,” Balsiger said. Since, first time in the last few years that things are relatively optimistic in the stocks, first time in the last few years we’ve seen a fairly significant decrease in bycatch. The discussions focused quite a bit, both in the public and in our executive sessions about the trade offs we have to make between rebuilding the stocks and capturing some revenue in the fisheries now when things look a little bit better. And I’m happy where we ended up so I think it was a good meeting.”

In area 2C, Southeast Alaska, the commission approved a combined commercial and charter catch of 4,950,000 pounds, an increase of six percent from last year.

British Columbia, area 2B, was approved for 7.3 million pounds, an increase of over four percent.

In area 3A, the central Gulf, the commission approved a combined commercial and charter catch limit of 9.6 million pounds. That’s a decrease of a half million pounds, or five percent, from last year. The Commission also adopted catch-share plans for Southeast Alaska and the central Gulf that impact the number and size of halibut that charter anglers can keep. 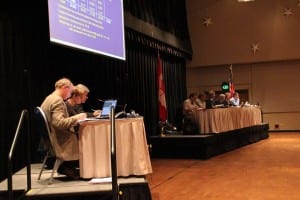 For most of the coast, commissioners approved a season start date of March 19th and end date of November 7th.

Commissioners did not approve any change to the size of halibut that can be kept in the commercial fishery. Charter bag limits are the same, although charter fishermen in Southeast get an extra inch on smaller keeper halibut this year, up to 43 inches.

The commission voted to approve long-line pot gear as legal gear for halibut, in areas where the National Marine Fisheries Service already allows pots in the sablefish fishery. That will allow commercial boats fishing for black cod to keep halibut caught in pots in the Gulf of Alaska. That change will be reviewed by the IPHC in three years.

Commissioners thanked outgoing director Bruce Leaman for his work. He’s been with the IPHC since 1997 and is turning over the reigns this August to David Wilson. Wilson has worked in Indian Ocean tuna management and with fisheries in Australia. 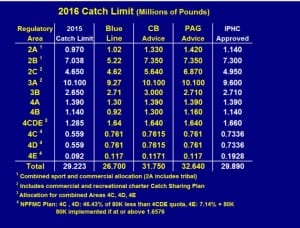