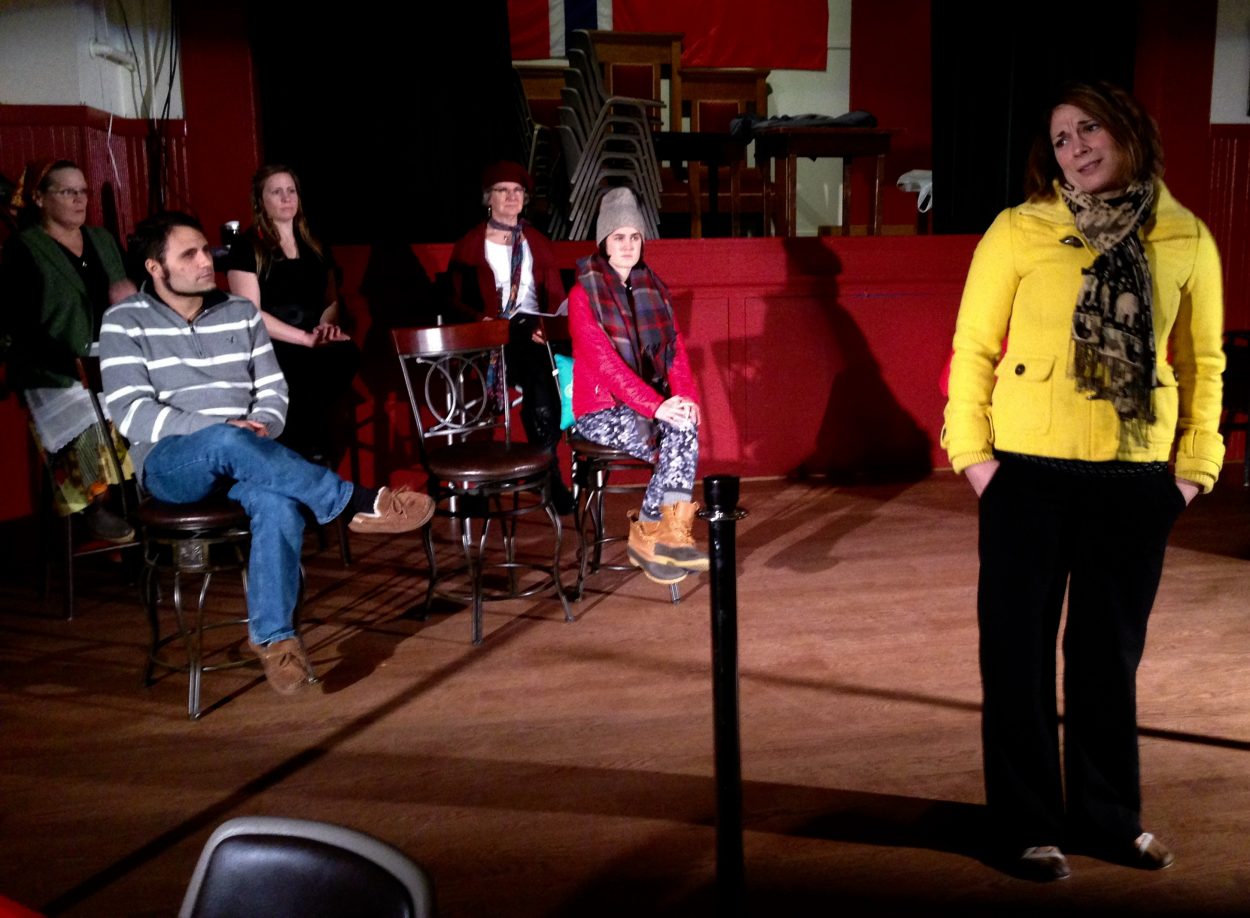 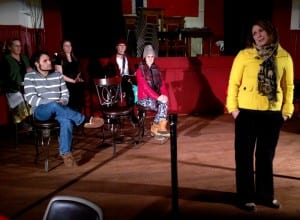 Kaitlin DuRoss and other Mitkof Mummers rehearse this week for “Ole and Lena’s Three Doors to Death”. Photo/Angela Denning

Petersburg’s acting troupe, the Mitkof Mummers, is performing a short play this weekend as part of a dinner theater event at the Sons of Norway Hall. It’s a mini mystery called, “Ole and Lena’s Three Doors to Death”. KFSK’s Angela Denning stopped by a rehearsal this week and has this story:


The production is being directed by Orin Pierson and Mary Ellen Anderson.

“Ole and Lena’s Three Doors to Death” is a play within a play and encourages audience participation. It lasts about 30 minutes.

The Dinner theater is this Friday and Saturday nights. Friday has sold out but you can still get tickets for Saturday at Lee’s Clothing. Doors open at 6 and dinner starts at 6:30.

The proceeds are being split between the Mitkof Mummers and the Sons of Norway.