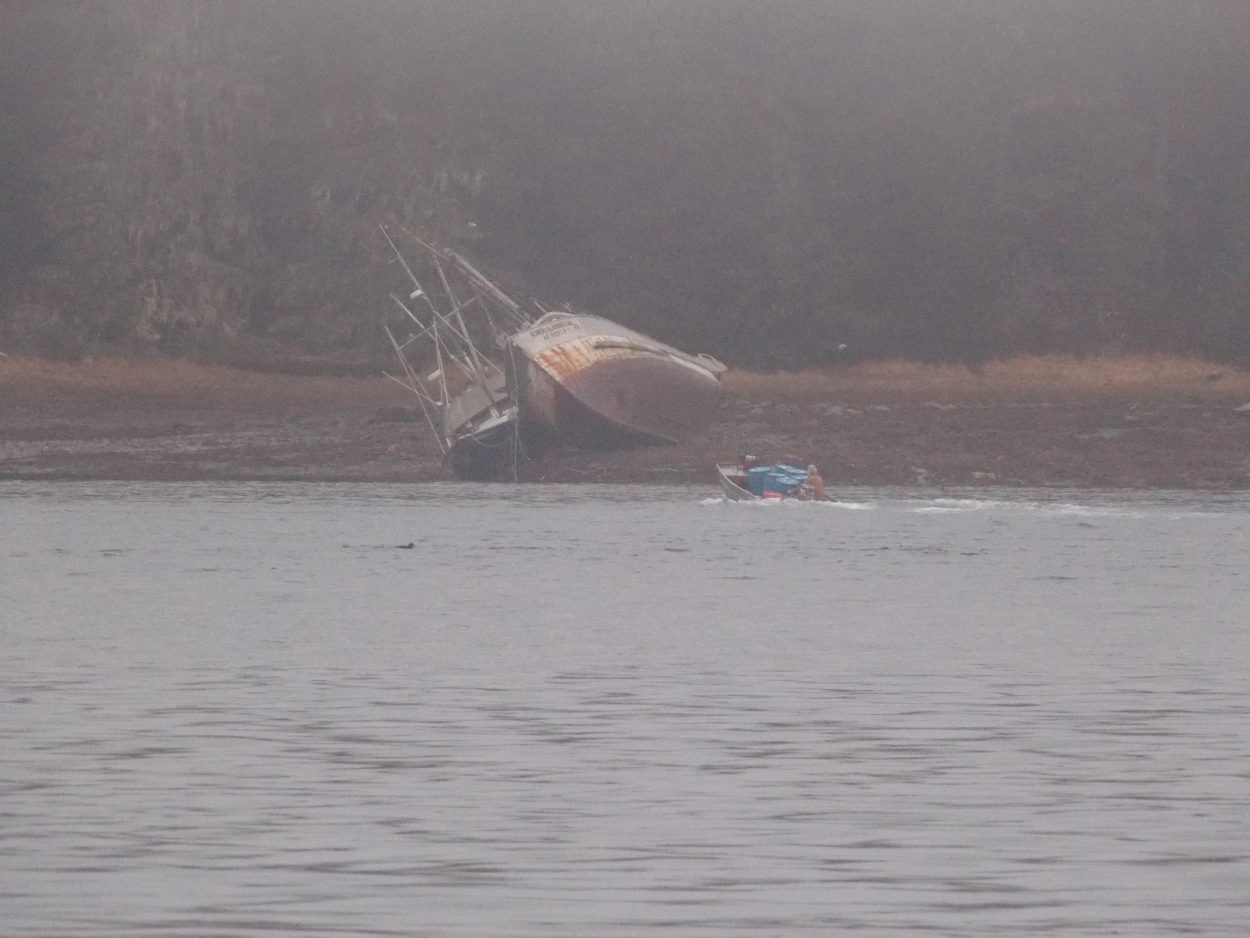 A Petersburg fisherman is working to recover two boats aground and sunken on the Kupreanof Island shoreline across from Petersburg. 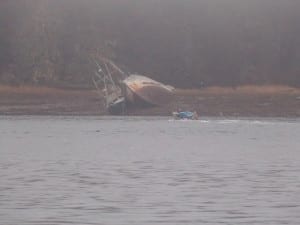 A man in a skiff brings a pump and plastic containers over to the grounded Moonshadow and Robert G. Johnston Tuesday morning.

The 42-foot fiberglass gillnetter Moonshadow and the 57-foot wooden tender Robert G. Johnston both belong to Arnold Enge. The Robert G. Johnston is 70 years old and Enge this winter anchored it north of the Kupreanof state dock. That vessel went aground and sank sometime in the past week. The smaller gillnetter has since been tied up to the larger wooden boat and both are resting on the tide flats, exposed at low tide and covered at high tide.

On Monday, Coast Guard marine safety technician Britany McKibben said the agency had been in contact with the owner and he’s looking into his options. The Coast Guard hoped to get pollution responders to the scene sometime Tuesday.
KFSK sought comment from Enge on the situation Monday but he did not respond.