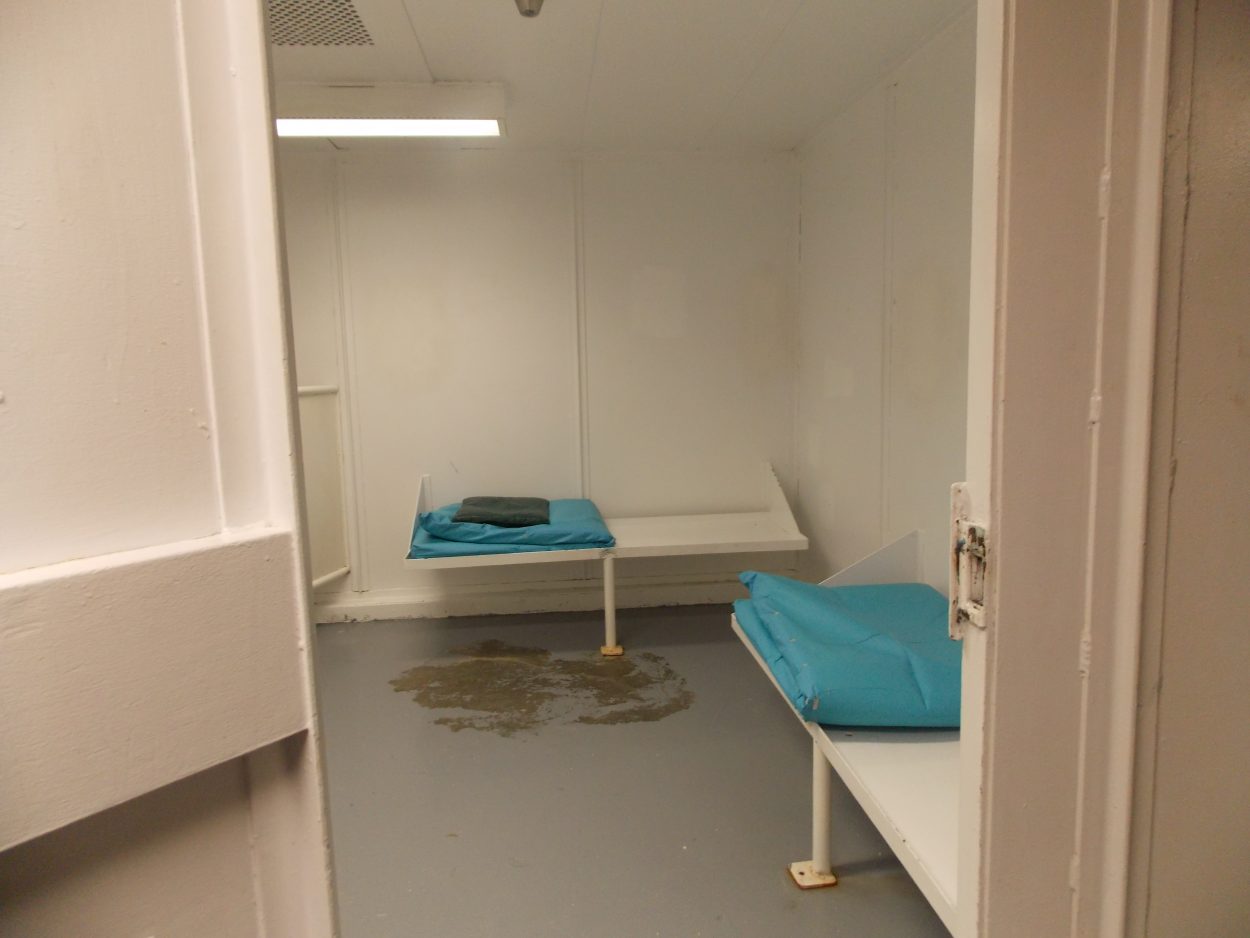 In the week following an escape from the Petersburg jail, borough authorities are releasing little information about the incident over concerns with preserving the right to a fair trial for the 22-year-old man accused of eluding his captors.
18ESCAPEweb
Jacob Sturgeon is accused of escaping from Petersburg’s jail building after a bail hearing February 12th. He attended that hearing on the telephone from the Petersburg jail. That day, police chief Kelly Swihart said he escaped out the back door of the jail when an officer was moving him back into his primary cell after that hearing. An officer chased Sturgeon into the Hammer Slough area but was unable to catch him, prompting a five hour search. 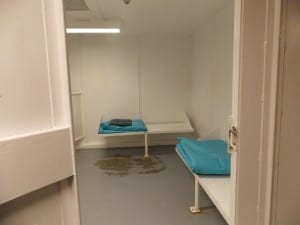 Following the escape and search KFSK has asked the Petersburg Police Department whether it is doing any kind of review of its procedures for prisoner transport within the jail building in light of this escape. KFSK also asked whether prisoners are handcuffed while they are transported between cells or have any other kind of restraint? Also, is the old building is a problem for this kind of transport between cells? And was there a mistake by a police officer in the transport of this prisoner?

Police chief Swihart was out of town this week and referred the questions to captain John Hamilton. He declined to answer, saying a state prosecutor preferred they did not comment to preserve Sturgeon’s right to a fair trial.

KFSK also asked the questions of borough manager Steve Giesbrecht on Wednesday and he emailed a statement in response. Giesbrect wrote that the police department conducts after action review of any event where results are less than ideal. He also wrote it was premature to say whether procedures will be changed until after the review is done.
Giesbrect wrote “it is however very clear the current inadequacies of the police building came into play in the recent event, and the new building design would have kept this event from occurring.”

His statement went on to say “the officer involved in this incident followed existing standards of humane treatment of the prisoner, and did nothing that has not been done hundreds of times before. This prisoner chose to attempt an escape, and as witnessed in facilities all over the world, it is not always possible to stop someone from evading custody if they try hard enough to escape. We can always learn from each incident, but this does not mean someone did something wrong other than the gentleman that choose to evade his captors.”

The escape prompted lockdowns at the schools, gym and hospital on February 12th. Sturgeon has a preliminary hearing on the escape charge and two weapons misconduct charges scheduled in district court on the 23rd.