With a little more than a week left in the regular legislative session, Walker administration officials are trying to encourage legislative action on the governor’s plan for balancing the state’s checkbook.

Alaska Governor Bill Walker has proposed a combination of new and increased taxes, use of the Alaska Permanent Fund and spending cuts to help narrow the gap on what now looks to be a four billion dollar budget deficit. With that kind of deficit, current projections have the state using up its main source of savings in just two years. 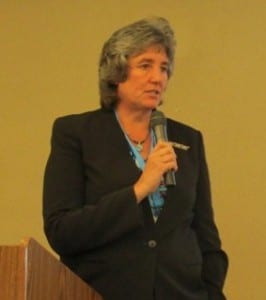 Joe Viechnicki spoke with Pat Pitney, director of the state’s Office of Management and Budget about the state’s fiscal outlook and proposed solutions.

That’s Pat Pitney, director of the state of Alaska’s office of Management and Budget. There’s more information about Governor Walker’s fiscal plan on the state’s website.

Pitney discussed two competing bills for using the Alaska Permanent Fund to help pay for some of state operations, one bill proposed by Walker and another proposed by Anchorage Republican senator Lesil McGuire. Both bills had hearings scheduled this week in front of the Senate finance committee.