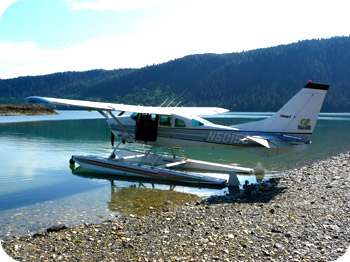 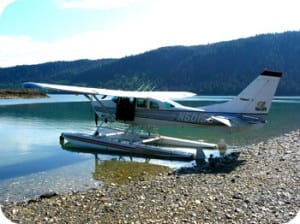 A photo of a Cessna 206 from Sunrise Aviation’s website.

Three are dead after a plane registered to a Wrangell-based charter airline crashed on Admiralty Island Friday.

Four people were traveling on a Sunrise Aviation Cessna 206 between Wrangell and Angoon. Only one female passenger survived, according Sitka Mountain Rescue Captain Lance Ewers.

The Coast Guard received an emergency alert in the morning indicating the aircraft was in distress.

A Coast Guard helicopter located the downed plane 20 miles southeast of Angoon, but was unable to land due to turbulent winds. Members of Sitka Mountain Rescue were called in. Ewers said the team was dropped off 600 yards below the wreckage, which is located in snowy, alpine terrain.

“To everyone’s disbelief, they found one of the four passengers was alive,” Ewers said. “Then they immediately started mounting an effort to get her out of the plane where they could insert her into the helicopter.

Ewers is helping guide the team remotely from Sitka. The female survivor is being medevacd to Bartlett Regional Hospital in Juneau. Her medical condition in unknown.

FAA records show that both men are licensed commercial pilots.