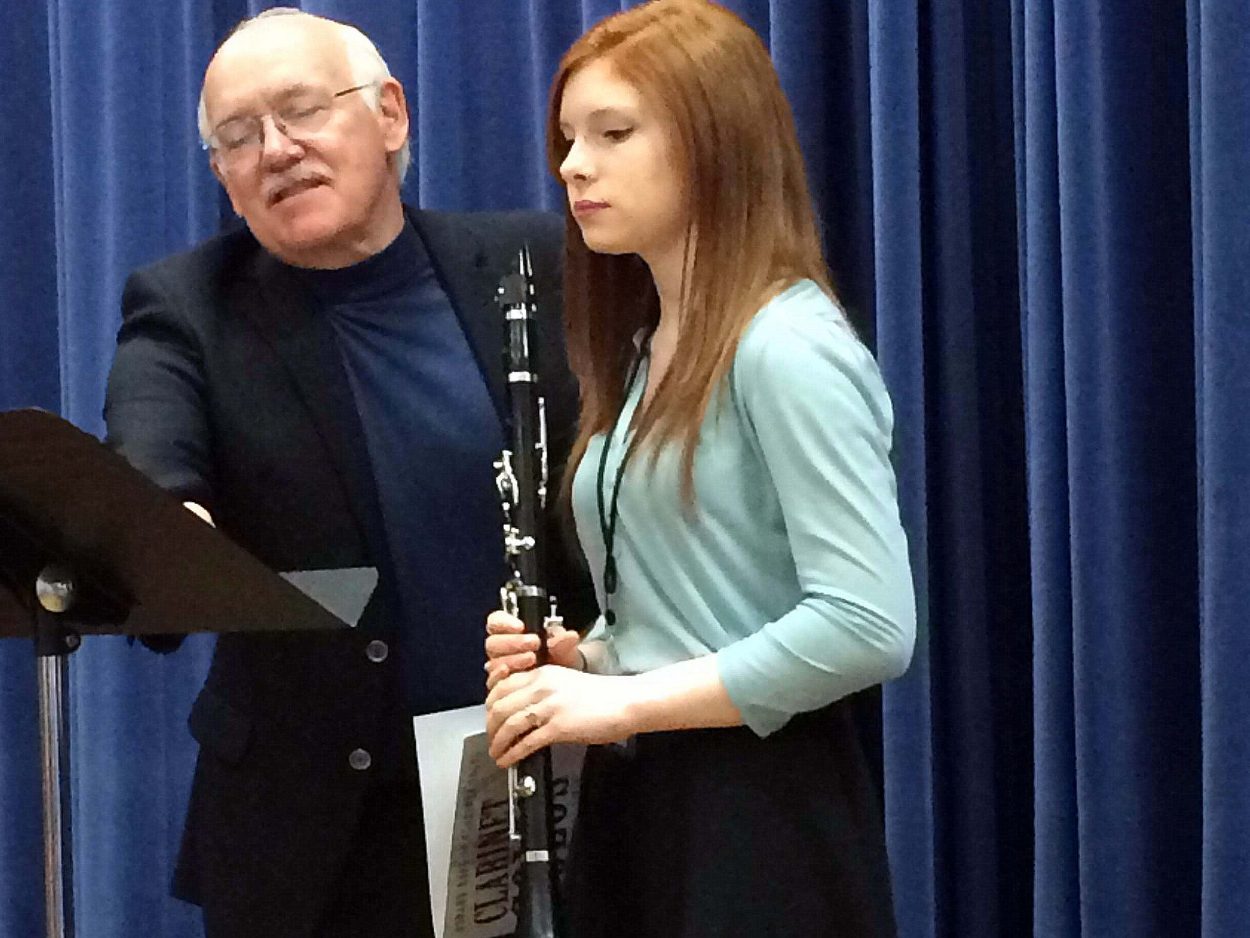 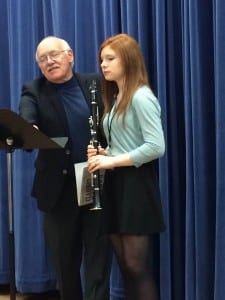 Hundreds of high schoolers from around Southeast recently gathered in Ketchikan for Music Fest. Petersburg’s musicians and singers were recognized for the quality of their performances by earning superior ratings. The school also brought a jazz band, and the concert choir to Ketchikan.

At the festival, students share their music and get feedback on their performances from three experienced judges or adjudicators brought in from the Lower 48.

Music teacher, Matt Lenhard, says the judges watch for a lot of details.

“Do you play in tune, do you play accurate rhythms? Do you keep a steady beat, do you blend well? And after that do you make good music, is it fun to listen to?” Lenhard said.

The answer in Petersburg case was yes, the three groups got superior ratings from the judges. And those judges were hearing a lot of music. Over 700 students attended the festival.

Senior Hannah Pfundt was part of the jazz band, concert choir, an ensemble of four singers. She says she learned a lot by watching other students getting critiqued.

“I love that especially if they’re going before you,” Pfundt said. “It really helps, [knowing] what are they looking for or what is an easy fix that he’s telling everyone to do, you know, to just make your sound better. And one thing that one of the adjudicators kept saying was just make sure you’re relaxed and just wobble your head. (laughs) It’s really important to stay super loose and so before our ensemble we were all like, ‘Oh, just wiggling our heads and getting all relaxed’.”

Hannah Pfundt also plays the upright bass. She started on the guitar when she was little and switched to the bass when she entered high school.

Another senior who sang and played music at the festival is Kelly Engel.

“It was kind of sad because it was my last time,” Engel said.

Engel sings in the choir and plays trumpet in the concert and jazz bands. She’s been to the music festival four times now.

“You definitely have a different perspective as a senior than you do as a freshman,” Engel said. “I think as you progress as a musician you pay attention to different things like more technical things during the concerts. I had a lot more fun this year because I know more about music.”

As for why she plays the trumpet instead of something else, Engel says she chose the instrument in the sixth grade.

“I remember debating between the flute and the trumpet and the flute I just couldn’t get a good sound on and the trumpet I could so I just chose that,” Engel said. “I knew someone who had one I could borrow and it just worked out. And I really, I fell in love with it and it’s It’s been a big part of my high school career for sure.”

To get more specific about why musicians choose certain instruments can be difficult, according to Lenhard.

“It’s a pretty abstract thing to define the matching of an instrument with a player because it’s so personal,” Lenhard said. “What a musician chooses is just a good fit and they know they can make good music with it.”

But one thing is certain. Growing musicians is something Petersburg does well. Much of the high school student body is involved in the music program. Fifty-three students went to Music Fest this year. Some of them were recognized by their peers through outstanding musician awards. Students voted for Kayleigh Eddy for the flute in the Concert band. Hannah Pfundt was awarded in choir and Jeremey Randrup for playing the drums in the jazz band.