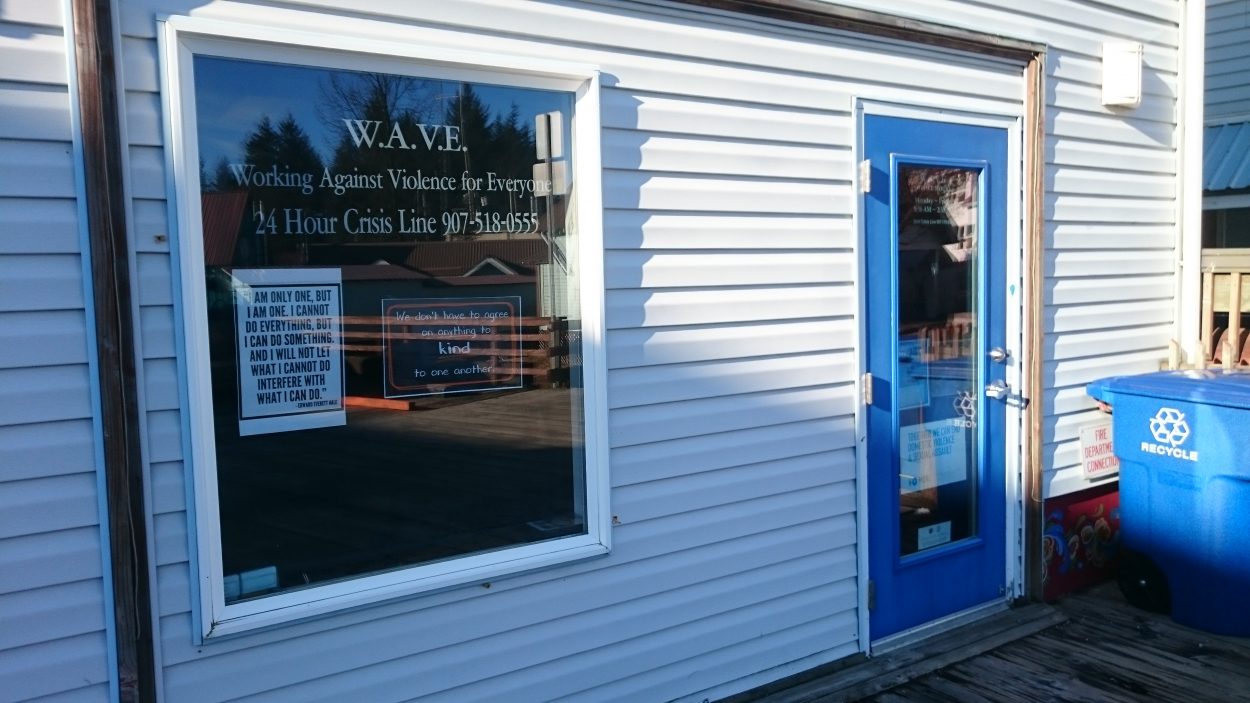 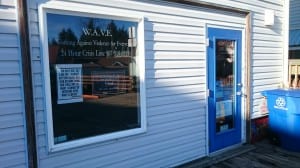 The WAVE office is on Sing Lee Alley near the Sons of Norway hall. Photo courtesy of WAVE

The Petersburg Borough assembly Monday passed a budget for the next fiscal year but not before amending it to include more funding for WAVE.
WAVE stands for Working Against Violence for Everyone. The non-profit is losing funding this year and its board fears that the one-person office might have to close down.

Assemblyman Jeigh Stanton-Gregor brought up the idea of giving WAVE the $45,000 they requested. He read from a statement.

“WAVE is a critical piece of community infrastructure. I stress the word critical,” Stanton-Gregor said. “Further, they are the only agency who has stated that this request is a one-time request. This is not a long-term financial relationship that they’re looking for.”

WAVE director, Annette Wooton, reiterated that point. She told the assembly that she had confirmed with law makers that there would be no funding this year.

“What I’m requesting is mainly to sustain WAVE for the year,” Wooton said. “So that we know we can have an employee for one year, that we know that we have an office space for that one year, and that way we don’t have to think, ‘well, maybe we’ll get half way through the year and we’ll have to lose this position’.”

Assembly members started brainstorming how to find the $20,000 to fully fund WAVE.

“I feel that Mental Health has the ability to weather the storm better than WAVE does,” Castro said.

Besides the school district, PMHS gets more funding in the borough’s budget than other community services organizations. PMHS has received $85,000 from the borough in recent years. The non-profit was budgeted to get $75,000 this year. WAVE was budgeted for $25,000.

Kathy O’Rear spoke on behalf of PMHS and said it wouldn’t look good on the state level if the borough gave them less.

“If you cut our local position back, it shows the state that the locals don’t support mental health as great a degree as it did before,” O’Rear said.

O’Rear asked the borough to take $20,000 out of the borough’s reserve fund and leave funding in for Mental Health. 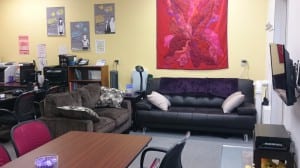 Inside of the WAVE office features couches, a small kitchen and a conference table. Photo courtesy of WAVE.

“I don’t think the state’s going to look upon us as not caring enough about mental health in this community when they themselves are going to be reducing the mental health budget too in the state,” Wohlhueter said. “I think they’ll just look at us as being [fiscally] responsible.”

Funding for community service organizations totals $1.96 million. The school district gets $1.8 million of that, which is the same amount the district has received the last four years.

Assembly members discussed that part of the budget further saying that there will likely be more requests from local organizations as the state will likely continue cuts in the future. The assembly talked about creating an application process for organizations to use for requesting funding from the borough.

Assemblyman Bob Lynn says he would like a set of criteria for the organizations to follow when they are requesting funds.

“So we can compare budgets. You know, right now you really can’t,” Lynn said. “I’d like to see at least some financial information and so that we’re able to look at it across the board.”

Stanton-Gregor agreed saying that he would like to foster transparency and fairness within the process.

“Every other layer of our budget has been thoroughly vetted by department heads, Jody, Steve, etc., and this isn’t the fault of people applying for community service money, it’s just, they apply and it comes to us,” Stanton-Gregor said. “It has no layer of vetting in there and it feels discriminatory and it could be capricious to the will of an assembly down the line that I think could be much better long term for people in the community service portion of the budget to have a structure they can follow that better allows an assembly to make an informed decision.”

After a lot of talk on the community services portion of the budget, the assembly unanimously passed the overall budget without much discussion. The budget totals $9.6 million.