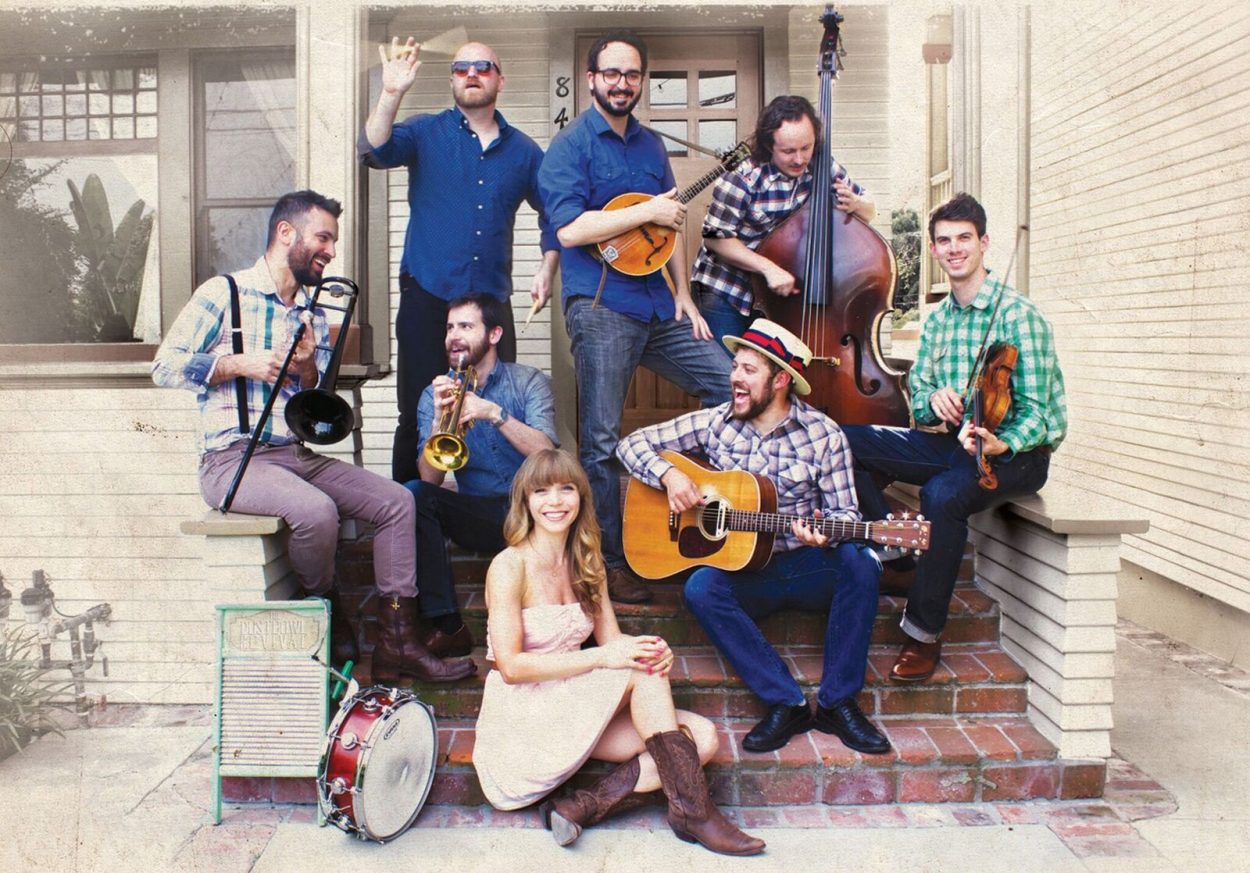 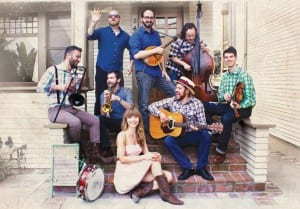 The Petersburg Arts Council is bringing in the LA band, The Dustbowl Revival, to perform tonight at the Wright Auditorium at 7 p.m.

The Dustbowl Revival isn’t a subtle band. With eight members, they have a pretty big sound. It’s hard to pin the group into a genre but it’s sort of American roots fusion that’s kinda folky, bluesy, and jazzy. The band includes a trumpet, trombone, fiddle, mandolin, guitar, ukulele, drums and an upright bass.

The band has been creating music together for six years. They are currently on a small tour that includes the Northwest and a few towns in Southeast Alaska. They performed in Ketchikan over the weekend and will be heading on to Juneau after a stop here.

I spoke with the band’s guitar player Zach Lupetin. He says the band resides in LA but its members are from all over.

The band will be in Petersburg for tonight’s show and won’t leave for Juneau until Wednesday. Tickets for the show are on sale at Lee’s Clothing. You can also buy them at the door. The show starts at 7 p.m. at the Wright Auditorium. Doors open at 6:30.