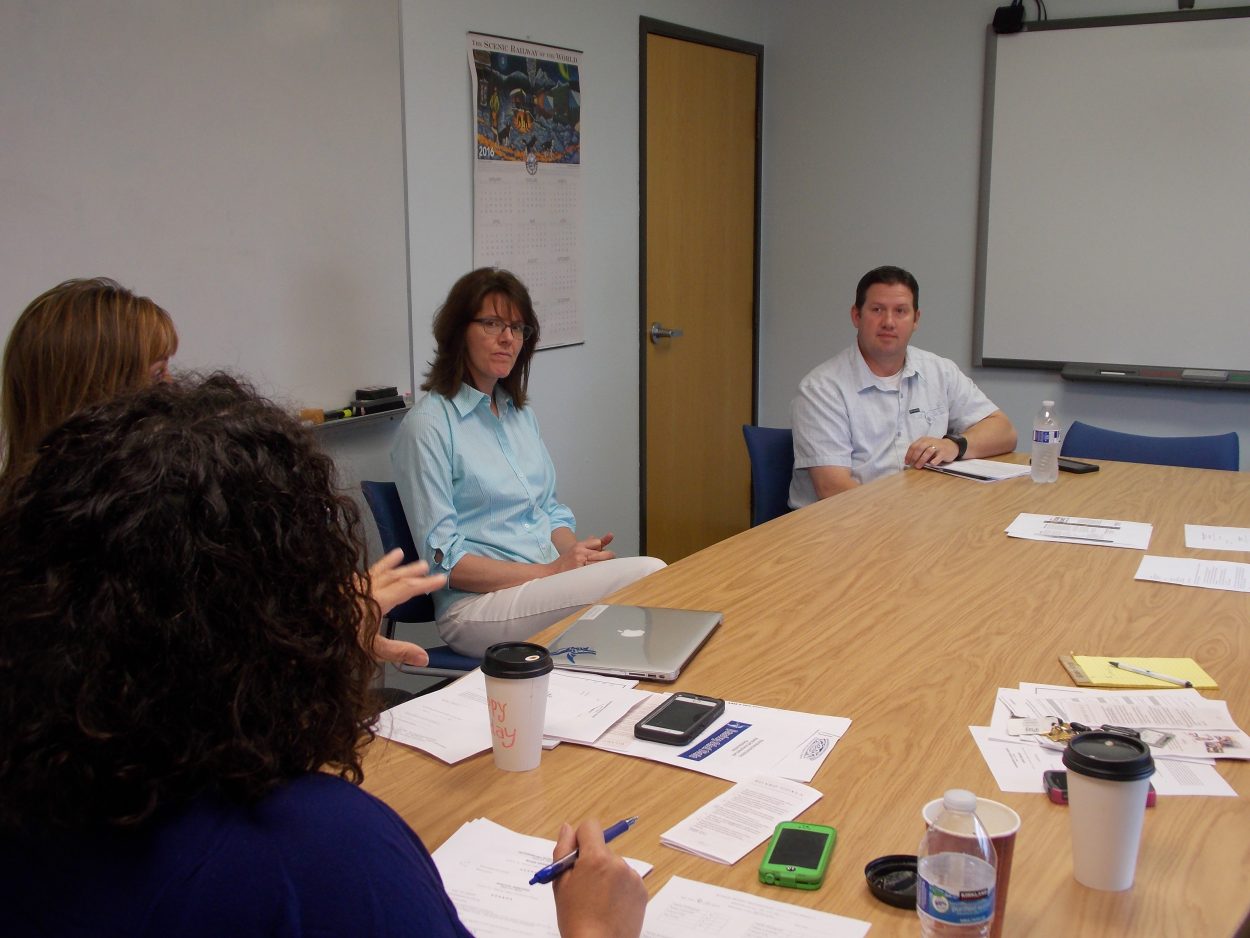 Petersburg’s school board has a full roster again.

The board voted to appoint Sandra Stevens to a vacant board seat during a special meeting Friday morning, June 17.

Stevens is a logging engineer and works at the supervisor’s office of the U.S. Forest Service in Scow Bay. 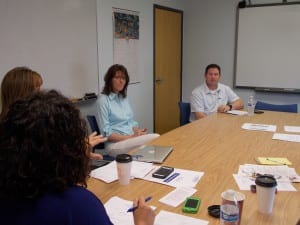 Sandra Stevens center interviews with Jay Lister and other members of the Petersburg school board Friday.

“I’m originally from Iowa, then went to Idaho, then Oregon, then here,” she told the board. “So I’ve had kids go to several different school districts in different states. So I have a lot of observational experience and I’m really impressed with this school and this community.”

Stevens has four kids. She has served on the school district’s policy committee this year.

Stevens was the only applicant for the vacant seat. She will serve until the election in October and can run for that seat.

She replaces Megan Litster who resigned in May. Litster stepped down so she could apply for a job with the school district. The board this month approved her hiring as a part-time intensive instructional assistant for the upcoming year.