What do New York, puppet making and the Alaskan wilderness have in common? Leslie Hendrickson. 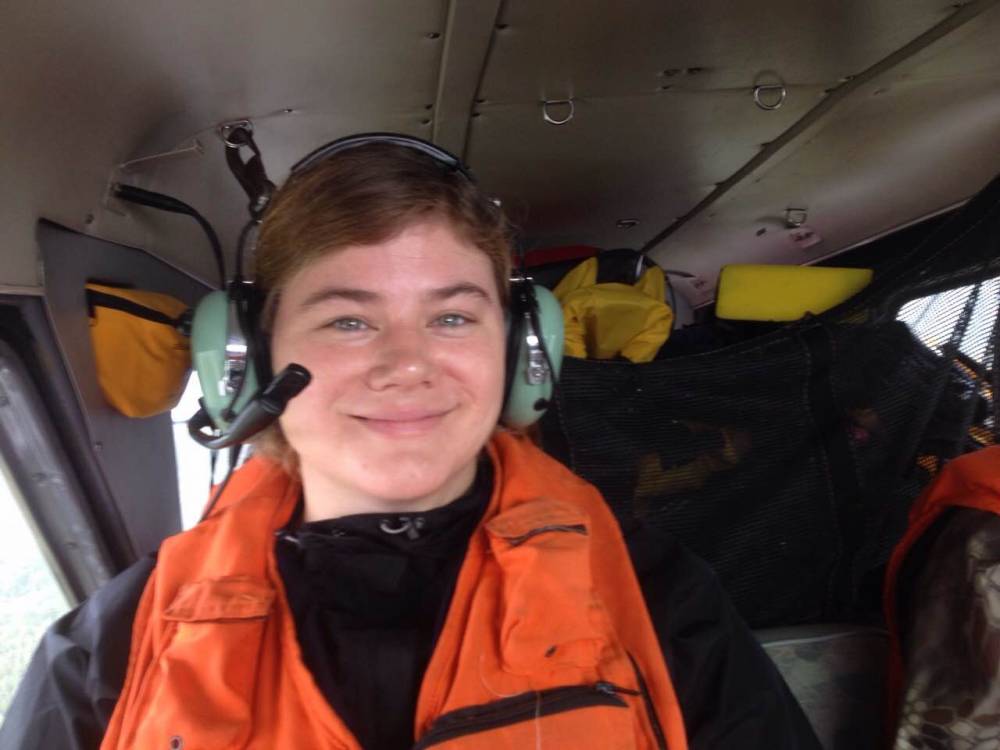 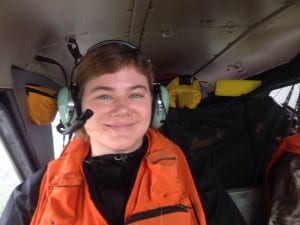 Each year, artists of all kinds come to Alaska to experience the wilderness and inspire their art. one artist will create a puppet show based on her time in a remote spot in Southeast Alaska.

Leslie Hendrickson is hosting a puppet-making workshop for kids at the Petersburg Public Library.

Hendrickson is part of this year’s Voices of the Wilderness Artist Residency, a program that artists of all different mediums participate in each year throughout the state. It’s run by the U.S. Forest Service, the U.S. Fish and Wildlife Service, and the National Park Service and is centered on a trip into the wilderness.

For Hendrickson, that meant eight days in the Tebenkof Bay Wilderness on Kuiu Island. 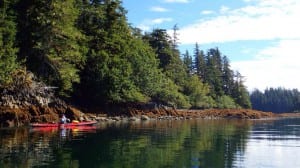 “Which is hard to get to,” says Hendrickson.” We took a plane, a float plane out there. And brought all our gear. This is a much more intense trip then I’ve ever taken in terms of camping.”

She made the trip with two forest service rangers from Petersburg, after getting some new boots and rain gear.

“We’re bringing all our food. We’re bringing water filters so we can pump water out of the creeks,” says Hendrickson. “We had to put the kayaks together. Primarily we were getting around the little islands by kayak. So we had brought those in bags to put together.”

“Tried to make friends with sea otters, that kind of thing,” says Hendrickson”

By day, Hendrickson is a journalist and lives in New York City but she’s no stranger to travel. Upon reaching Alaska, she completed her goal of visiting all fifty states before turning forty. And she may live in the city now, but Hendrickson is familiar with the rural U.S.

“I went to high school and was born in Maine, which is not New York City,” says Hendrickson. “It’s a much more rural area. We have a tiny cabin down at the end of a road. Where you don’t see people but you hear the cars all the time.”

Still, this was different. 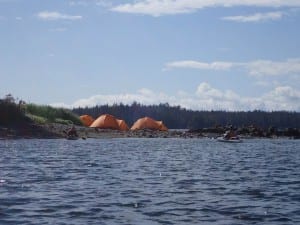 The crew camped in tents for eight days (Photo/Leslie Hendrickson)

“I really was so amazed by the wilderness,” says Hendrickson. “It was a singular experience and I’ve never been in a place where you really don’t see anybody. Where there aren’t signs of humans at all. Where the animals are sort of like what are you doing here.”

Now, she’ll need to use that experience to create an art project.

Hendrickson has been puppet making for about five years, and her craft started out as a favor for a friend who writes and creates shows back in New York. He wanted sock puppets and asked for Hendrickson’s help. Soon she was contributing more often.

“Whatever he needed for these shows he would ask me to make and I would make them,” says Hendickson. “And I would always make them from recycled materials because that’s always been something I’m interested in. In using up all the things that you have and not seeking out all new materials. And also because it was cheaper.”

She starts by using what she has on hand. “And then I’ll go to the craft store to buy more,” says Hendrickson. “Or I’ll go to the Salvation Army and buy pillows instead of just buying stuffing, I’ll just take those apart. Use that.”

Hendrickson makes different types of puppets. Paper bag, plush, and recently she started making flat ones out of cardboard that have joints made out of metal brads giving them some mobility. Now, she’ll translate what she learned in the woods back into that craft.

“This trip for me was to give me experience in the wilderness, exposure to it” says Hendrickson. “Solitude. To really understand what it is, because it really is different than being in a national park and any experience that I’ve ever had.”

Over the next six months Hendrickson will create a puppet show inspired by her time in the wilderness to donate back to the forest service in Petersburg. She’s planning on wild animal characters. 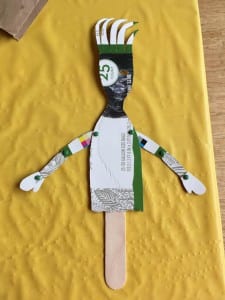 “I actually picked a clam up from the beach. Both sides were intact,” says Hendrickson. “So you could kind of make it move like a mouth and it had seaweed hair. And I was just like ‘this is a perfect puppet! This is a puppet in and of itself.’ So I’m going to try to recreate that to some extent.”

Once it’s done, performed and recorded, Hendrickson will send the puppets, tape and script back to Petersburg. She’ll also do outreach at home in New York, including more puppet-making, and hopes to organize a weeklong event of workshops similar to the one in Petersburg and an open house.

“Tell people bring your trash, bring your clean trash, your recyclable materials, and we’ll make puppets and sculpture out of it over the course of a week,” Hendrickson says.

Here in Petersburg, kids picked through piles of one man’s trash. Some they brought themselves, some recycled straight from Hendrickson’s trip into the wilderness.