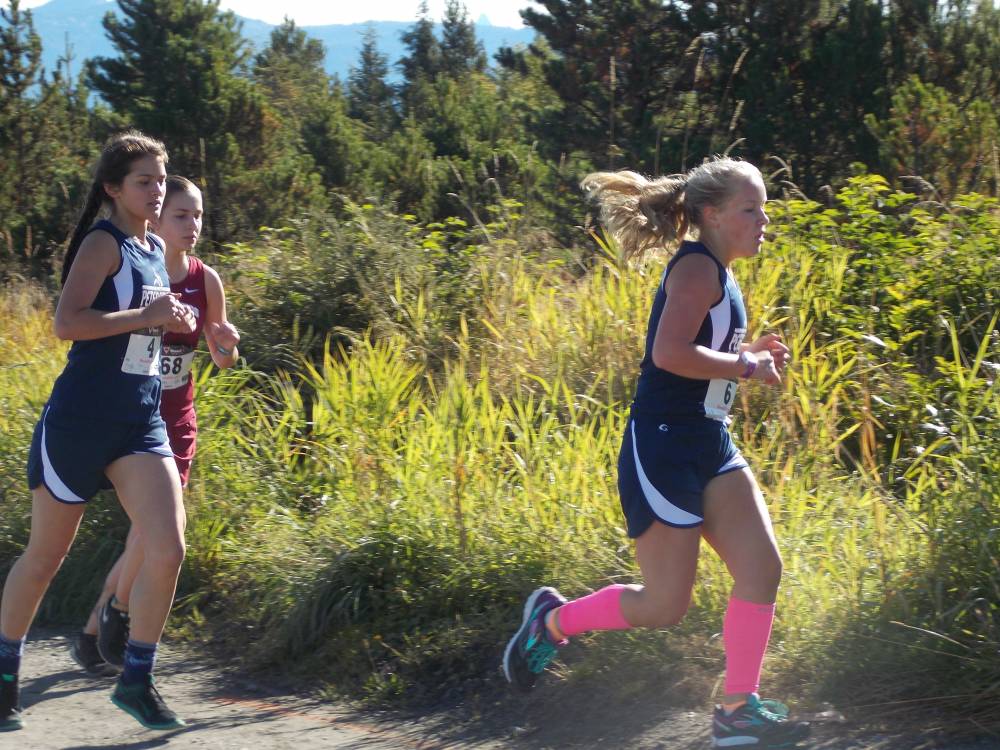 It was the second meet of the season and the second Saturday under sunny skies. Petersburg assistant coach Debby Eddy said many people came out to watch a big group of runners.

“We had almost 200 running at this meet which I think was more than we had in Ketchikan, which was pretty cool, 13 teams and hearing the complements from the other teams about how much they like our course, I thought that was really cool, just with all the effort the different crews have put in to put the trails in and stuff like that,” Eddy said. 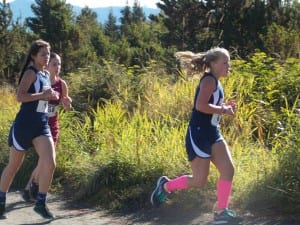 The course started and ended at Sandy Beach Park, with two laps up Haugen Drive behind the airport and down the new portion of the Ravens Roost trail.

The Petersburg girls took second place overall, and tops among the small schools. The girls finished behind Juneau Douglas, but ahead of Thunder Mountain this week. Kayleigh Eddy took fifth overall, followed by Shyla Cook. Melanie Chase was 11th, Erin Pfundt was 13th, Julia Murph took 22nd and Meghyn Parker was 27th. Freshman Sadie Tuckwood of Juneau won the race by more than a minute and a half; her time would’ve placed her 11th in the boys race.

As for the boys, Petersburg was fifth overall and second among small schools. The Sitka boys dominated the race, followed by Juneau, Thunder Mountain and Ketchikan. Nathaniel Lenhard was 17th overall, followed by Tolin Eddy in 32nd. 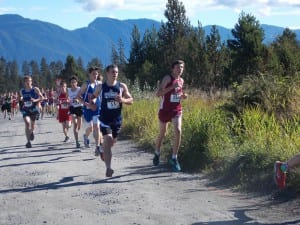 Joe Viechnicki spoke with coach Eddy about the results from Saturday.

Organizers held a community race before the high school meet Saturday. Kole Sperl won that race with a time of 20 minutes and 51 seconds.
The high school runners head to Metlakatla this weekend.