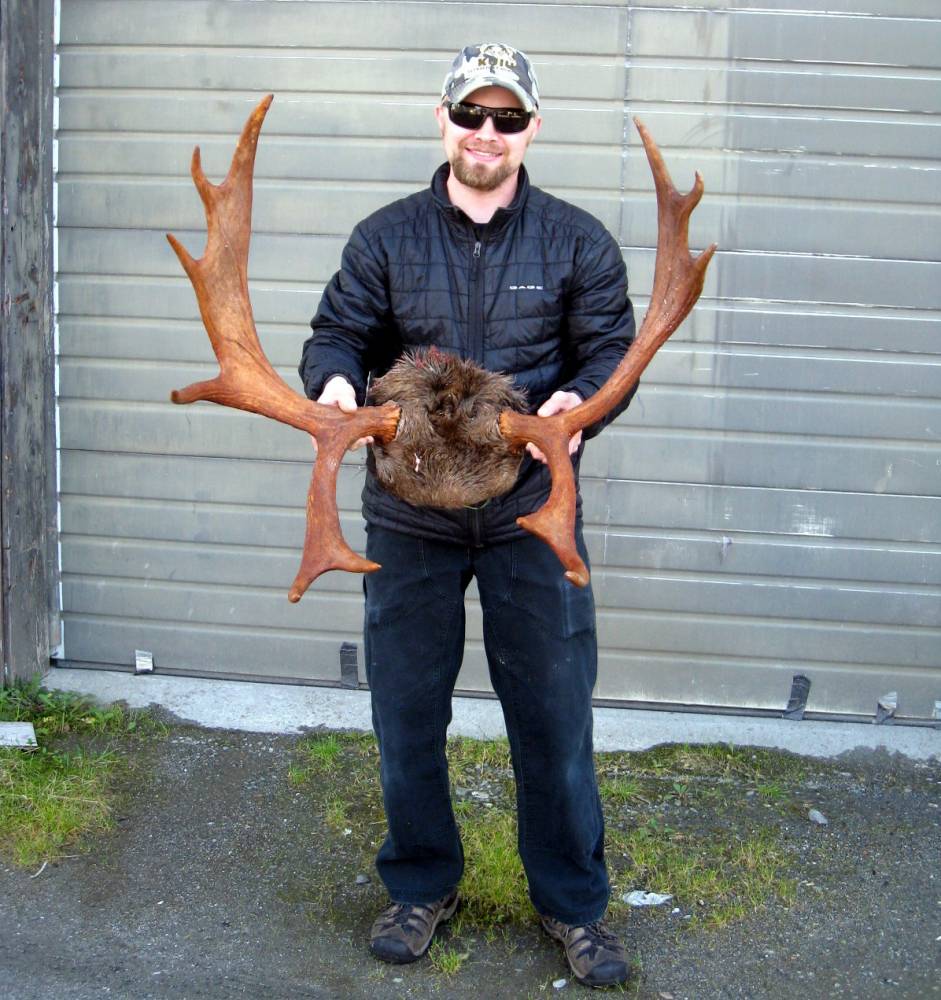 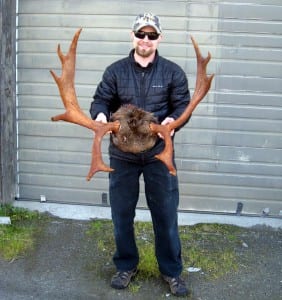 Bjorn Stolpe of Petersburg stands with the antlers of his legal moose taken near Pt. Agassiz. Photo courtesy of Rich Lowell

The moose hunt near Petersburg, Wrangell and Kake has finished its first week and hunters have reported taking 23 bulls in the area. Hunters have five days to check in a harvested moose so that number could increase slightly.

Twenty-three moose in the first week is considered average, according to Rich Lowell, the Area Wildlife Biologist. The harvest is down from last year when hunters took 34 moose in the first week. But last year was the second highest harvest on record. According to Lowell, last year’s harvest was fueled by a strong early-season showing from the Stikine River, which contributed to a high season total of 106 moose.

In 2009, moose antler restrictions were liberalized to allow the harvest of bulls with two brow tines on both antlers. Since then the annual harvest has ranged from 68 to 109 moose, averaging 92 per year. The average harvest during the first week is 24 bulls.

Lowell says, in general, most bulls are killed during the first half of the season and the success rate typically declines as the season progresses.

Here is the break-down of where the moose were harvested in week one: