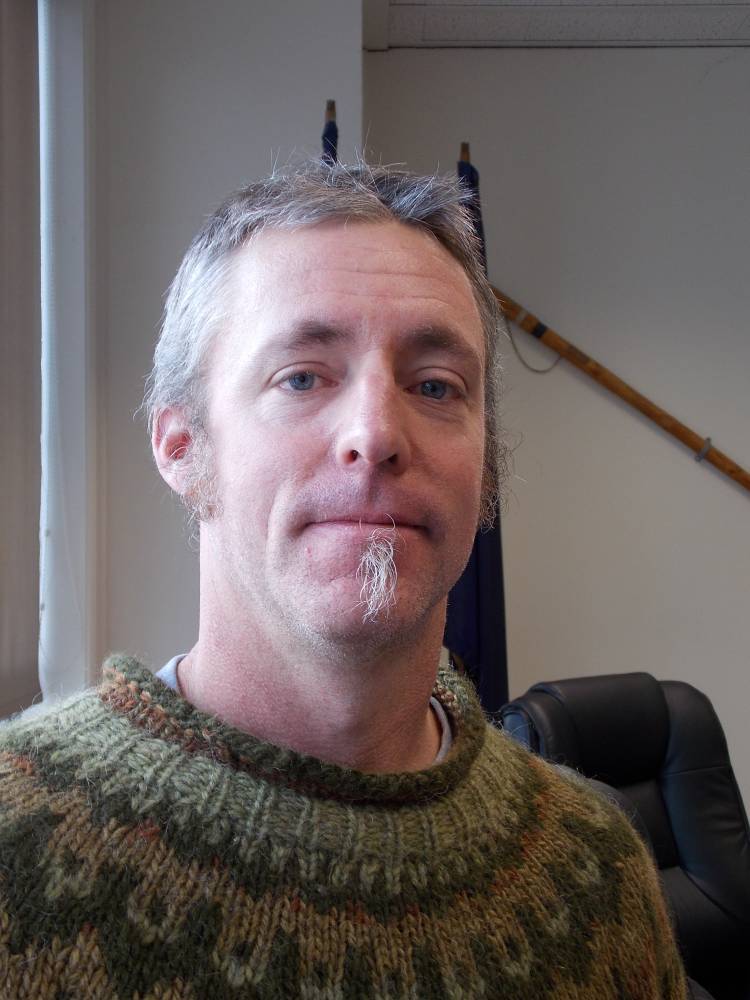 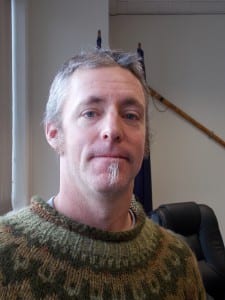 Jeigh Stanton–Gregor, 39, of Petersburg is running for reelection for Petersburg borough assembly.

There is only one contested race for local office in Tuesday’s municipal election. Three people are running for two open seats on the Petersburg borough assembly: Jeigh Stanton-Gregor and Kurt Wohlhueter who are both on assembly now and Marc Martinsen who has served on the Petersburg city council in the past.
Angela Denning spoke with Stanton-Gregor about why he’s running again.

Jeigh Stanton-Gregor is 39-years-old and has lived in Petersburg for eight years. He is a small business owner, running True North Counseling and Consultation along with his wife, Lea. They have two children, ages 4 and five months.

This will be Stanton-Gregor’s second running for borough assembly. He was appointed to the assembly in the Spring of 2014 to fill a seat and then elected in October of 2014. He says there are a couple of main reasons why he’s running again.

“One is I really like the group of seven that I’m working with right now. I think we get along really well even when we disagree,” Stanton-Gregor said. “We’re able to genuinely understand where the other person is coming from, so the seven of us working together to try to find solutions to problems. Currently, the financial status of Alaska; there are real challenges and I think it takes people working together and trying to be thoughtful and deliberate to find solutions for our community of Petersburg; a tough task to be sure.”

He says he believes that the borough has been responsible given the fiscal climate.

“With the state budget the way it is our finance department and administrative department has done a good job of taking the long view and trying to be a head of this,” Stanton-Gregor said. “We’re in much, much better shape than so many small communities in Alaska right now financially.”

I asked Stanton-Gregor about some other hot button issues facing the borough and its residents.

As for the marijuana ballot question?

Stanton-Gregor has been outspoken on his opposition of opting out of legal sales of marijuana. He believes the borough should allow regulated sales, which he says would slow the black market.

“Marijuana is legal in Petersburg and in Alaska no matter how we vote. All the opt out does is wish to prevent legal, regulated sales,” he said. “So voting “no” means we have safer regulated businesses that create jobs for Petersburg. And with the excise tax that we’re hoping to pass and sales tax we could make hundreds of thousands of dollars in revenue for this community.”

As for the borough taking over state docks at Papkes, Kupreanof, and Entrance Island, he says the assembly has received a lot of good and mixed feedback from residents. He supports taking over two of the three docks but paying for them is the challenge.

“There isn’t exactly a wealth of disposable income for the borough right now to invest in new infrastructure,” Stanton-Gregor said. “That being said, in short, I think it’s ‘how’ not ‘if’ we acquire those. Personally, I don’t want Entrance Island but in terms of Kupreanof and Papkes it’s a ‘how’ not an ‘if’ and it’s going to be a real challenge financially to find a way to make that happen.”

The Alaska Mental Health Trust board says it would go forward with plans to log lands near Petersburg if a land exchange does not get Congressional approval by January 15. In terms of logging that land south of town, Stanton-Gregor says homeowners in the area have valid concerns about landslides.

“A lot of them have talked about scientific research has been very clear that logging on those steep slopes does significantly increase the risk of landslide and if I were a homeowner in that are I’d be very concerned as well,” he said.

Stanton-Gregor’s main priorities for the Petersburg borough are creating fiscally responsible long term financial policies. And he’d like to see a better turn out at the local polls.

“I would see Petersburg consistently have the highest voter turnout in the State of Alaska,” he said. “So many people give me feedback about so many different issues I’d love to see that translated to the ballot box.”

Stanton-Gregor says he doesn’t travel much for work and he will be able to attend most meetings if he’s elected to assembly.

The municipal election is Tuesday, October 4. Petersburg’s only polling place is the activities room in the community building. It will be open from 8 a.m. to 8 p.m.