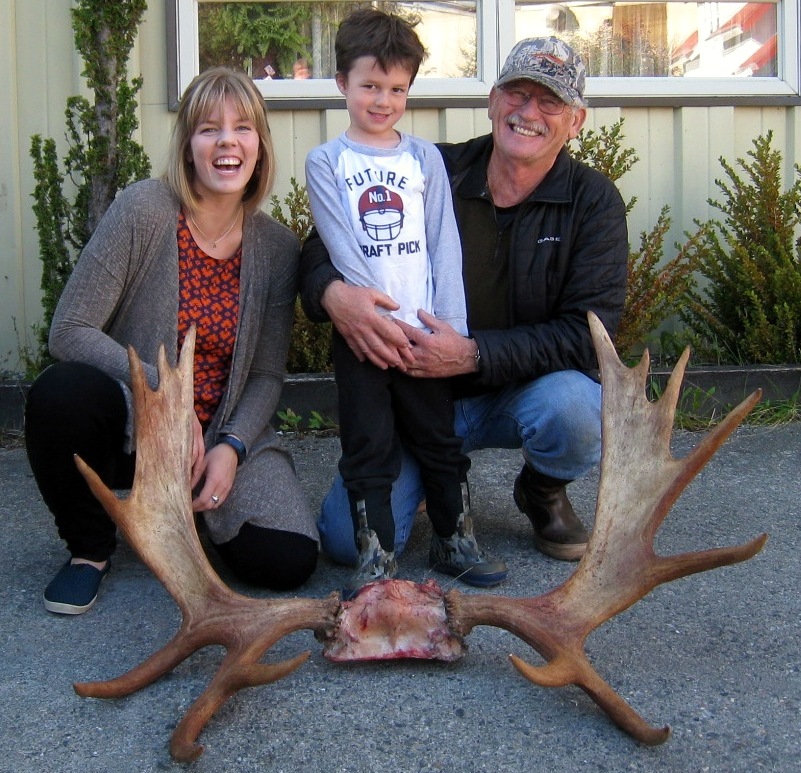 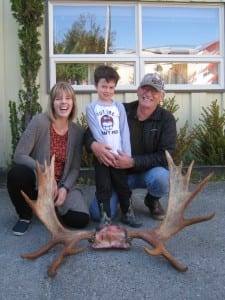 Rocky Littleton poses along with Tessa Bergman, and grandson Cedar Littleton, age 4 with moose antlers from the legal bull he took this season. Photo courtesy of ADF&G

The moose hunt near Petersburg, Wrangell and Kake has seen a low number of illegal kills as the season finishes its second week. As of Sept. 28 the total harvest was 51 moose. There have been three illegal kills in the hunt so far. That’s about five percent of the harvest, which is below the nine percent average.

Hunters have five days to check in a harvested moose so the harvest number for the second week could change.

The local moose hunt has antler restrictions allowing the harvest of bulls with two brow tines on both antlers.

The first week saw an average harvest of 23 bulls.

Rich Lowell, the Area Wildlife Biologist says in general, most bulls are killed during the first half of the season and the success rate typically declines as the season progresses. The hunt runs September 15 to October 15.

Here is the breakdown of where the moose were harvested at the second week: