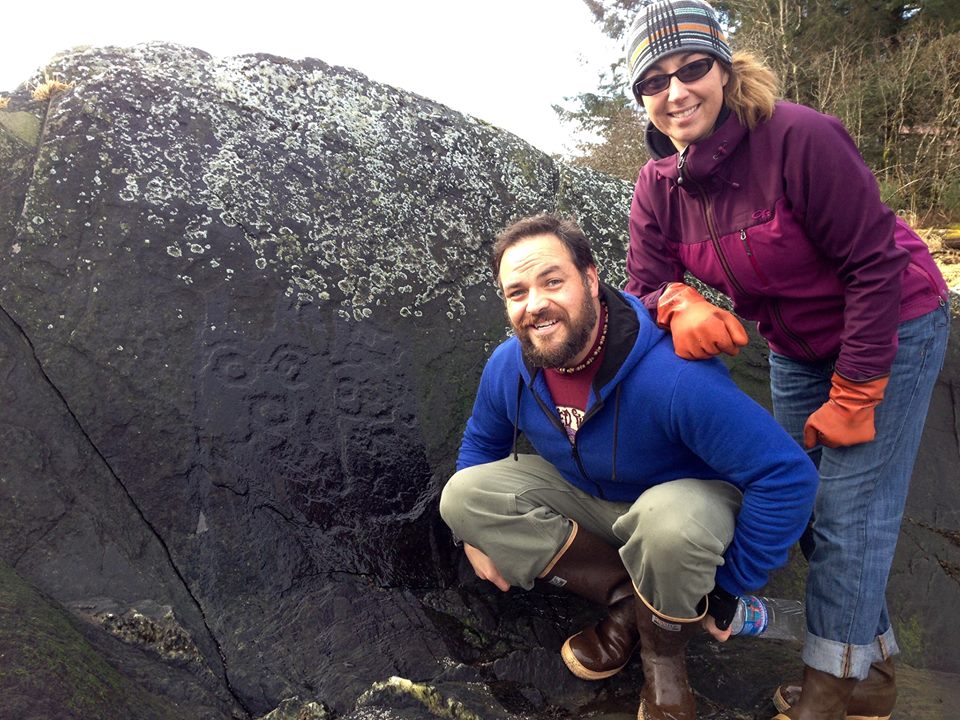 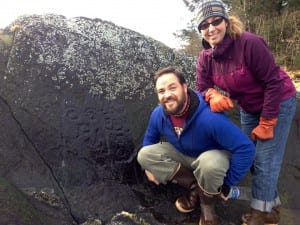 Some Petersburg residents are opposing the sale of some waterfront borough property near Sandy Beach because it’s close to Alaska Native artifacts. KFSK’s Angela Denning reports:

The lot in question is near Sandy Beach point, where Sandy Beach Road curves at the top of a small hill. The property, known as Lot 10, is part of a group of parcels that the borough is putting up for sale to help pay for the renovation of the municipal building downtown. The assembly approved the sale at their meeting June 20.

However, some residents, like Nevette Bowen, do not want to lose the public land.

“It’s around the point from the petroglyphs and not too far away from the fish trap,” Bowen said.

The petroglyphs she is talking about are carved onto beach boulders on the Sandy Beach side of the property, in front of neighboring homes.

According to the U.S. Forest Service in Petersburg, the petroglyphs can’t be dated. But the nearby fish traps in Sandy Beach are thought to be about 2,000 years old. Both artifacts can be accessed at low tide by walking down the beach. The town side of the beach is mostly privately owned parcels, except for this one lot that is public.

Bowen became aware of the sale after seeing signs posted by the borough along Sandy Beach Road near the lot. She says she and some others who were raised in Petersburg share concerns.

“Growing up there, a lot of families used the land right out in front of it to gather seaweed and other beach foods. You know the Tlingit families and the Japanese families. And one of our friends is from an old Norwegian family and her mother had collected seaweed out there for years also,” said Bowen. “So, we felt that it wasn’t just any piece of property. It was waterfront, it has amazing views. And that’s how we felt and we thought maybe other people felt the same that we did.”

Forty people have agreed and signed an official letter requesting the borough NOT sell the property. Bowen helped organize the official request asking the borough to retain community ownership of the beach front parcel. The letter states that the lot is one of the last remaining undeveloped community-owned beach front properties along Sandy Beach Road and has more value as a public asset. 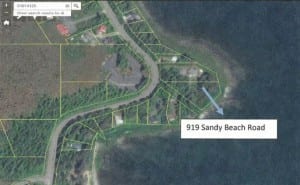 The borough lot for sale is on the curve of the beach leading to Sandy Beach.

“We think now and in the future whether it’s in its natural state or looked at as an indigenous heritage site or in another classification, we think that that should be something that the future community decision makers should be able to have,” Bowen said.

The borough is asking a minimum bid of $182,000. Two of the nearby neighbors have applied to buy parts of the property. Kris Norosz wants to buy a section to keep a turnaround she uses that currently encroaches on the borough lot. She says she would otherwise keep the lot green space and wouldn’t develop it. Timothy and Polly Koeneman on the other side want to purchase part of the lot to remove trees they say are dangerous and threaten to damage current structures if they fall. They would also use the property as lawn space and for gardening.

Right now the sales are on hold. According to Jody Tow, Borough Finance Director, the borough is waiting for the Planning and Zoning Commission to make recommendations. The Commission hasn’t had a quorum lately and has met only once this summer.

Tow says the borough has spent over $5,000 in surveying and as-built fees in order to prepare the lot for auction.

Two other lots are also for sale by the borough to raise revenue at 306 Sandy Beach Road and 705 Ira II Street.

The potential property sales will be considered at the next meeting of the Planning and Zoning Commission scheduled for October 25 at 2:30 p.m.