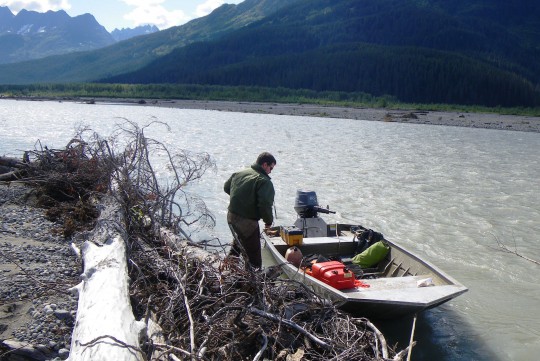 State biologists say a study shows pollution from an abandoned Canadian mine upstream of Southeast Alaska does not harm fish. A chief critic of the Tulsequah Chief Mine says the research doesn’t tell the whole story.

The Tulsequah Chief, about 40 miles northeast of Juneau, has been closed for more than a half-century.

Two companies tried to reopen the copper, zinc, lead, gold and silver mine in the past decade. But both failed, the most recent earlier this year.

That’s raised concerns among Taku fishermen that salmon runs are being damaged – or that the fish might be unsafe to eat.

Dissolved metals, such as copper, which can affect aquatic life, were of particular concern.

A Department of Fish and Game study, released in late October, said that’s not the case.

“What we found was that the metals concentrations in the fish that we captured at the mine were real similar to the fish upstream and downstream of the mine,” said Jackie Timothy, Southeast regional supervisor of the department’s Habitat Division. 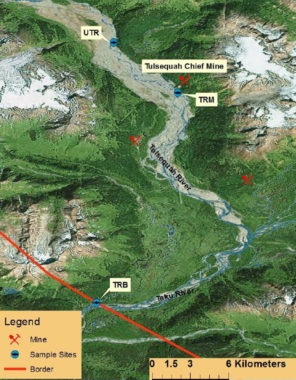 The study she co-authored updates similar research released by the department in 2012. The difference is additional sampling of the test fish, Dolly Varden char.

Critics of transboundary mines, including the Tulsequah Chief, say the study could leave a false impression, because it doesn’t answer all the questions.

“This is just one very small, very discreet little piece of data,” said Guy Archibald, who runs the Inside Passage Waterkeeper Program for the Southeast Alaska Conservation Council.

He and other critics point to earlier research estimating 15 tons of dissolved metals flow out of the mine each year.

Archibald, who helped write the study’s funding proposal, said it should also have looked for dead fish.

“When you collect fish, you’re collecting only the survivors. You have no idea of what that effluent is killing,” he said.

Another concern is that the study tested Dolly Vardens, not salmon.

Fish and Game’s Timothy said Dollies are year-round residents, while salmon are not.

She also stressed that the study had a very specific focus.

“We weren’t looking at whether or not there was a problem with the mine and whether there was pollution at the mine. That has been well-documented,” she said. “What we were looking at was whether or not fish were being impacted because that was the concern of the fishermen.”

Metals found in the sampled fish come from the general environment, she said. They occur naturally in the Tulsequah River, and other areas with mines and large ore bodies.