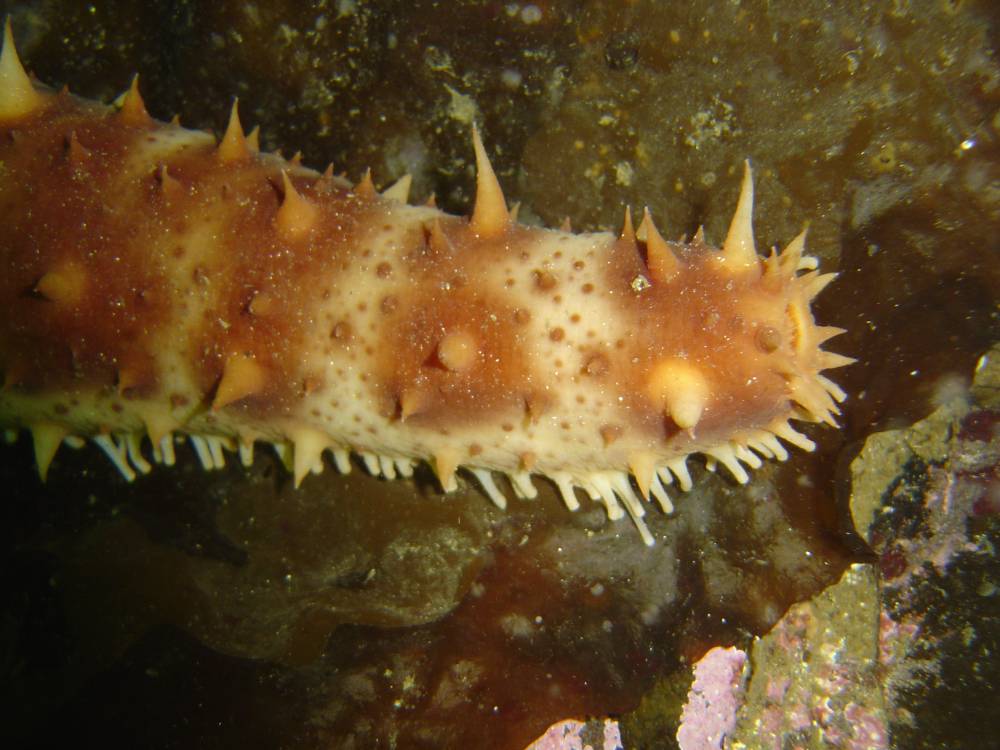 The commercial fisheries for two sea floor-dwelling delicacies of Southeast Alaska started in October. The season for sea cucumbers is wrapping up while fishing for geoduck clams is expected to continue this winter.

Both sea cucumbers, slow moving creatures shaped like their vegetable name sake, and geoducks, large clams, are plucked from the ocean floor by divers and sold to Asian markets. Diving started in early October for both.

Phil Doherty is executive director of the Southeast Alaska Regional Dive Fisheries Association, an industry group based in Ketchikan. He thought this year’s sea cucumber fishery has gone well. “There’s a trip limit of 2000 pounds per diver in this fishery,” Doherty said. “It’s pretty easy to manage from the Fish and Game department’s point of view. It might have gone a little longer this year by a couple weeks, especially if we fish until December. We haven’t fished in December for a while but as I said we’re just mopping up the quota here next week.”

By late November little remained to harvest for cucumbers, with just two areas still open to fishing. In 19 other areas, the fleet has neared or surpassed guideline harvest levels. The biggest catch totals this year were in Revilla Channel near Ketchikan, Cholmondeley Sound on Prince of Wales Island, along with northern Clarence Strait and Chatham Strait. 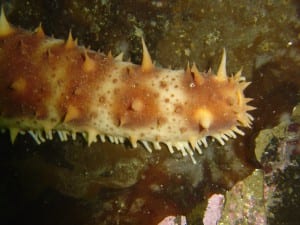 The overall guideline harvest level is over one point two million pounds and the regionwide harvest has already topped that mark, nearing one point three million. The fishery is managed with parts of southern and central Southeast opened on a three-year rotation. The annual catch fluctuates depending on the areas that are open from year to year, but in the last two decades the cuke catch has been in the one million to one and a half million pound range.

The longer season this year may be because of a small drop in effort. The weeks with the highest participation saw about 173 divers making landings, down from closer to 200 in other years.

Doherty thought cuke diving would be wrapped up by the first week in December at the latest.

The Alaska Department of Fish and Game reports an average price this year around $3.50-3.60 a pound. That makes the total ex-vessel value, or the value of the cukes as they’re off-loaded at the docks, around four point three million dollars this year.

Meanwhile, the fishery for geoduck clams is far from over. Fishing in various parts of the region hinges on levels of the toxin that causes Paralytic Shellfish Poisoning. Clams are tested before the fishery opens and areas that test too high for shipping live product are not fished.

Doherty calls this a strange year for geoducks. “We’ve had some high PSP levels in areas where we normally don’t see them, then we’ve seen those levels drop off, then get high again,” he explained. “It hasn’t been the best of years for PSP levels here in Southeast so it’s really slowed down this fishery quite a bit.”

As of mid-November, the geoduck clam catch was just under 100,000 pounds, with about 85 percent of the guideline harvest level remaining. The number of divers is down in that fishery too, with just 45 out in the first few weeks of the season – it’s been over 60 in recent years.

The price this year is more than double last year’s, in the neighborhood of 13-15 dollars a pound, according to Doherty. “So we have a high price,” he said. “We have a fairly good guideline harvest level. But we’ve had trouble catching the geoducks because of PSP levels.” Doherty hopes PSP levels will drop this winter and fishermen will be able to take advantage of that strong price. In the past decade, the fishery has had an ex-vessel value ranging from two million dollars to over five and a half million dollars.