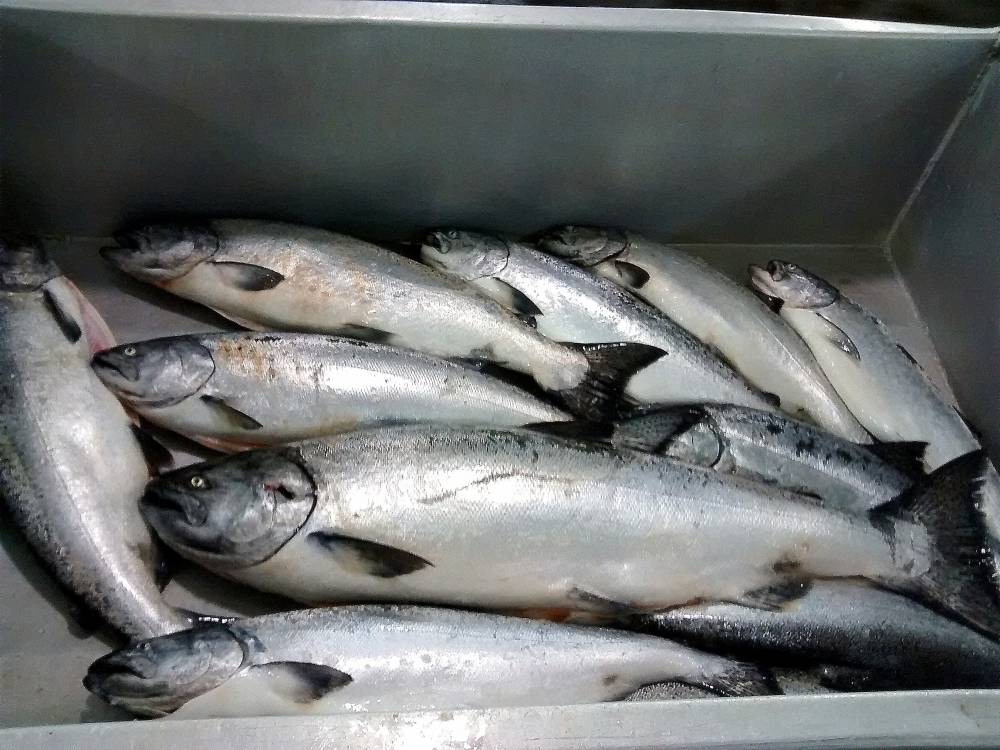 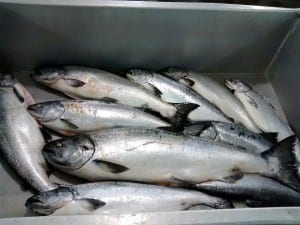 Another low forecast for Stikine River Chinook salmon in Southeast Alaska won’t allow for commercial fishing in early May. And there could be additional restrictions. KFSK’s Angela Denning has more:


Biologists have crunched the numbers and it looks like it will be another low King run for the Stikine River next year. The Stikine is a transboundary river meaning it runs through both Canada and Alaska. The fisheries are jointly managed by both countries that share their data.

Managers won’t consider allowing directed commercial fisheries unless the projected terminal numbers are over 28,000. In 2017, that’s projected to be just 18,300 Chinook.

Troy Thynes is the Area Management Biologist with the Alaska Department of Fish and Game in Petersburg. He says besides no directed fisheries, there could be additional restrictions.

Thynes and other biologists’ main mission is to meet escapement goals to ensure the run is healthy in the future.

They are approaching 2017 cautiously. Thynes says the low forecast isn’t that surprising given what happened with last year’s run. Managers predicted a forecast of just under 34,000 large Kings, which gave the U.S. an allowable catch of about 1,100 fish. That opened up periods for limited gillnetting and trolling. Three weeks in, managers closed fishing because it was clear the run was lower than expected.

“And as it ended up it came in a lot lower than forecasted,” Thynes said. We ended up with a terminal run size of 15,300, so less than half of the preseason forecast.”

That’s one of the lowest King salmon runs on record for the Stikine.

Ten years ago, things were totally different. 2005 saw the largest return on record with a terminal run size of 90,000 Kings. The next several years were strong as well. But since that time, there’s been a downward trend.

“It was especially evident this year,” Thynes said. “Basically, we had a very, very poor production off the 2010 and 2011 brood years.”

Thynes says they expect low numbers could continue. The cause is likely out in the ocean, which is hard to control. The warm water blob in the Pacific Ocean could be a factor or it could be something unknown.

What they do know is history. Records have been kept on the Stikine River since the late 70s.

Historically, about 30 boats start the season in the drift gill net fishery and more participate as it progresses. In the peak years, there were over 100 boats.

The Chinook are more easily tracked once they’re in the river. There are stock assessment programs run by both the U.S. and Canada. A mark and recapture program tags fish on the U.S. side of the border, which helps define the run size. There is a weir which counts fish on the Little Taltan River, a tributary of the Stikine where some King salmon spawn. Aerial and foot surveys are also done.

All of this will help give managers a better idea of how the run is turning out next spring. They will use the data to come up with their in season forecast. And it’s possible that the next run won’t be as bad as they’ve predicted.