Petersburg High School’s basketball teams close out the regular season this weekend with homecoming games against the Wrangell Wolves. Both the boys and girls varsity teams lost two games to Metlakatla over the weekend. Both teams lost seniors to injury, Wolf Brooks for the boys and Emma Chase for the girls. After a 15-game winning streak, the Petersburg boys lost three in a row last week. The boys lost 57-49 overtime to Ketchikan on Wednesday and then lost back to back games to Metlakatla 55-33 and 54-38 Friday and Saturday. 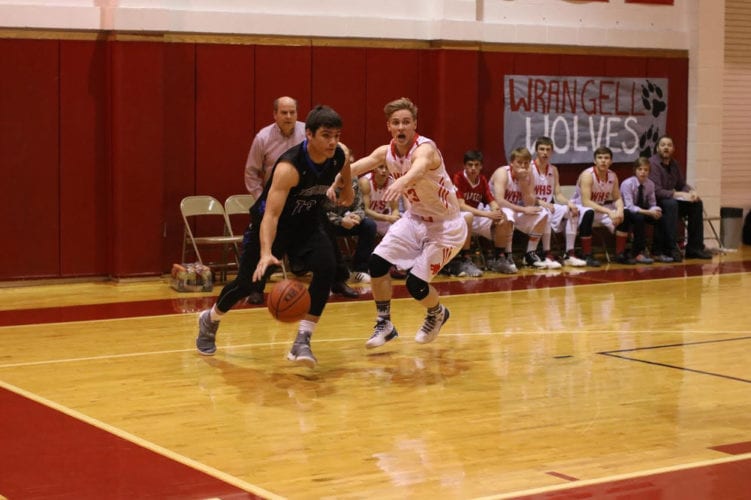 Metlakatla takes the top seed in the region if both the Chiefs and Vikings win their remaining two games. Petersburg will be the number two seed and Wrangell has locked up number three, so this weekend’s games won’t affect the seeding. Brock says Brooks may be able to play again as soon as this weekend or may be held out until next week’s regional tournament.

Meanwhile, the Lady Vikings lost two home games to the MissChiefs 41-24 on Friday night and 36-33 on Saturday. Joe Viechnicki spoke with coach Dino Brock about his team’s efforts.

Games against Wrangell are Friday and Saturday and it’s the last chance to see the teams play on their home court and last games for the seniors here. Senior appreciation will be Friday night and homecoming festivities on Saturday. KFSK will broadcast the games live.