Petersburg High School’s basketball teams both open up the regional tournament in Juneau Wednesday afternoon after closing out the regular season at home against Wrangell.

Pep-bands from Wrangell and Petersburg played together for Petersburg’s homecoming games March 3-4.

The Vikings finished the regular season with two wins against the Wolves in front of a packed house and a combined Wrangell-Petersburg pep band. The boys won 42-37 on Friday and 56-36 on Saturday. The junior varsity boys also won Friday 47-32. 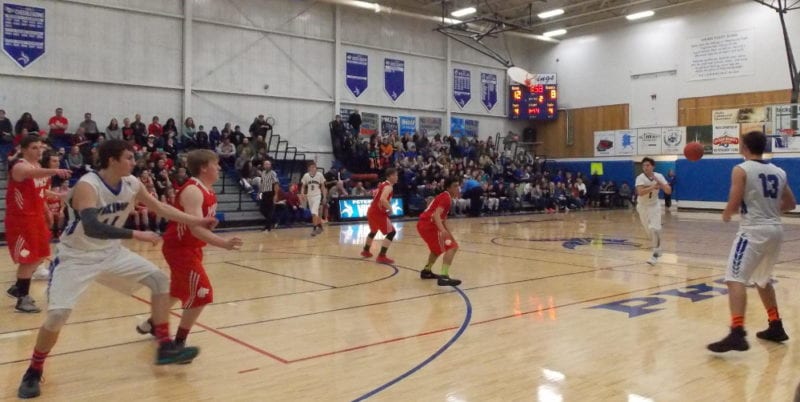 Dale Strong passes to Stewart Conn as Gunnar Payne looks to get open during Saturday’s game against Wrangell.

Joe Viechnicki spoke with coach Rick Brock about the games against Wrangell, which were the last games at home for the seniors on the team.


Wrangell’s Ray Stokes is retiring this year after three decades coaching the Wolves. He was recognized before Saturday night’s game in Petersburg. The Petersburg boys finish the regular season with a record of 17-3 and have the second seed in the regional tournament in Juneau. They’ll play Wrangell, the third seed, Wednesday at 4:45 p.m. 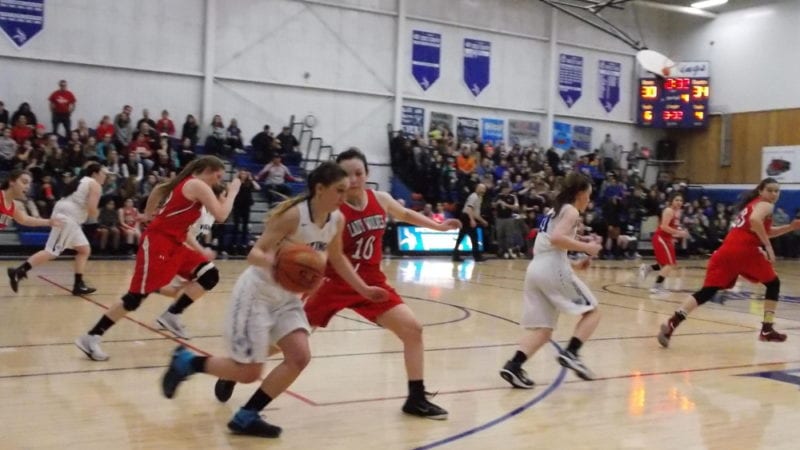 Meanwhile, the Petersburg girls went 1-1 on the weekend with a comeback 39-34 win on Friday against the Lady Wolves and a 36-30 loss on Saturday. Joe Viechnicki spoke with coach Dino Brock about the games.


The girls finished the regular season with a 10-9 record. They’re the third seed in Southeast and play second seeded Craig on Wednesday at 3 p.m.
KFSK will broadcast the tournament games live from Juneau.

Petersburg’s cheer squad is gearing up for the regional competition this month.