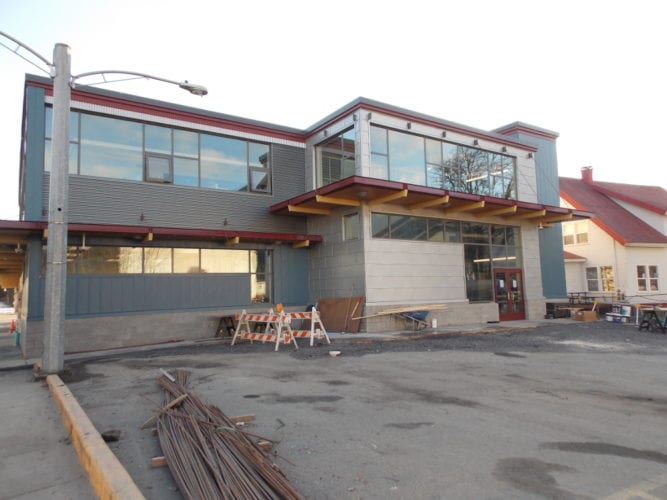 The Petersburg Community Foundation won’t be getting any office space in the newly renovated municipal building. That was the decision by the Petersburg borough assembly Monday night.

The foundation is a charitable giving organization that gives out grants to non-profits from funds raised in the community. Foundation board president Jessica Ieremia wrote a letter to the mayor asking to use a desk in the community development department for the foundation’s new part-time staffer.

Foundation board member Glorianne Wollen explained the request to the assembly Monday. “This person works roughly about 20-25 hours a month,” Wollen said. “So it’s not a big, huge time commitment. Doubtful that they’ll spend even half that time sitting behind a desk. A lot of it is just getting out and working with the non-profits as well as just kind of formulating the business that we do, go running to the post office, talking to different groups, things like that.”

Since its formation in 2008, the foundation has raised a fund of around a half million dollars and awarded over 66-thousand dollars in grants to non profits in the community, including KFSK. This year the foundation plans to award 12-14,000 dollars to applicants for local projects.

There was opposition among the assembly members to the request for office space. Bob Lynn did not want to agree to it without having a policy for such requests. “I think it’s inappropriate at this point to give them space myself unless we had a policy in place,” he said. “Who do you give to and who you don’t, I don’t think it’s reasonable to do that.”

Others didn’t want to set a precedent either. The request was voted down 4-2 with only Cindi Lagoudakis and Jeigh Stanton Gregor voting in favor.

In other decisions Monday, the vote was unanimous to give borough approval for a state marijuana license application for a business in downtown Petersburg. Susie Burrell is applying for a retail pot store license at 307 North Nordic Drive. That application is up for consideration by the Marijuana Control Board at its meeting April 5th.

The assembly also voted once again to go forward with a program of self-pay paving for some local streets. The vote was not unanimous however. Mayor Mark Jensen, attending the meeting by phone, re-iterated his concern about forcing some in a neighborhood to pay for pavement. “If so many people vote to move it forward then they have to come up with the money,” Jensen said. “So I don’t think I’m gonna be in favor of this. I just wanted to make that statement.”

Bob Lynn joined Jensen in voting no but the resolution to go forward with the program passed by a 4-2 vote. Public works director Karl Hagerman estimated that if all the streets on his list seek paving the borough would have to pay about 350-thousand dollars up front. That would be paid back by home owners who petition for the paving. Letters are expected to go out to various neighborhoods around town this month.