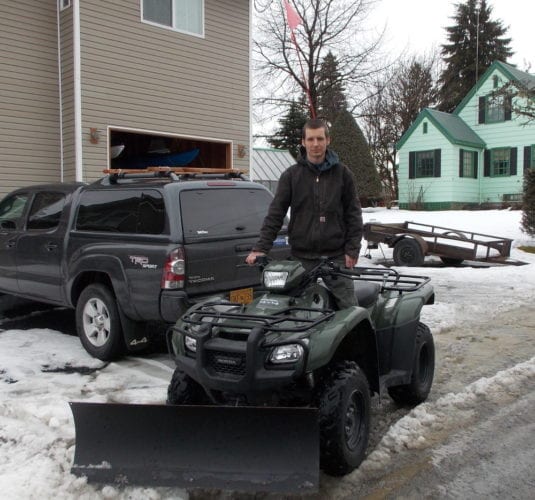 A Petersburg man has submitted an ordinance for on-road use of all-terrain vehicles to the Petersburg borough. If the borough certifies that ordinance, he could be gathering signatures this spring to try and put the issue on the October ballot.

Richard Burke is hoping to make it legal to drive ATVs and Utility Task Vehicles, also called side by sides, on all streets on Mitkof Island. The final version of the proposed ordinance he submitted to the borough no longer includes snow machines. Burke says too many people said they’d support the measure if snow machines were left out of the discussion. Burke’s proposed ordinance gets reviewed by the borough’s attorney and the borough clerk will decide based on the attorney’s opinion whether Burke can start gathering signatures on a petition.

Petersburg’s borough assembly Monday did not have much of a discussion on the issue. Burke told the assembly a few of his reasons for pursing the change.

“ATVs are great on gas,” Burke said. “They take up no space on the road, well half the space of a normal car. They’re cheap on insurance and today after the radio show I called my insurance agent, $22.60 for an entire year for my ATV. Yeah I think this would be great for Petersburg.”

Burke was responding to concerns about the possible ballot measure from assembly members on a KFSK call in show earlier that day. Assembly member Nancy Strand said she was not able to get the cheap insurance that Burke has cited as a reason to allow on road use.

Also during that show, Cindi Lagoudakis voiced some concerns with the proposal. “And one of them is that we’re not a village,” Lagoudakis said. “We are a larger community. I’ve lived in small bush villages and people do use ATVs on the roads but not a great extent. And there are some safety concerns with that.”

Neither assembly member sounded in favor of enacting the on road use before it goes to a vote, or putting the issue on the ballot without requiring signatures.

Burke was waiting to submit his ordinance until the borough assembly finished making a change to local law on special elections, because he did not want to force a special election vote on the issue.

His proposal would require residents in service area one wanting to drive on local streets to register an ATV with the borough, costing $20 for a two-year permit.

If the ordinance is certified for signature gathering, Burke will need the signatures of one quarter of the number of ballots cast in last October’s election. That means signatures from at least 283 local voters to get the issue on the ballot.