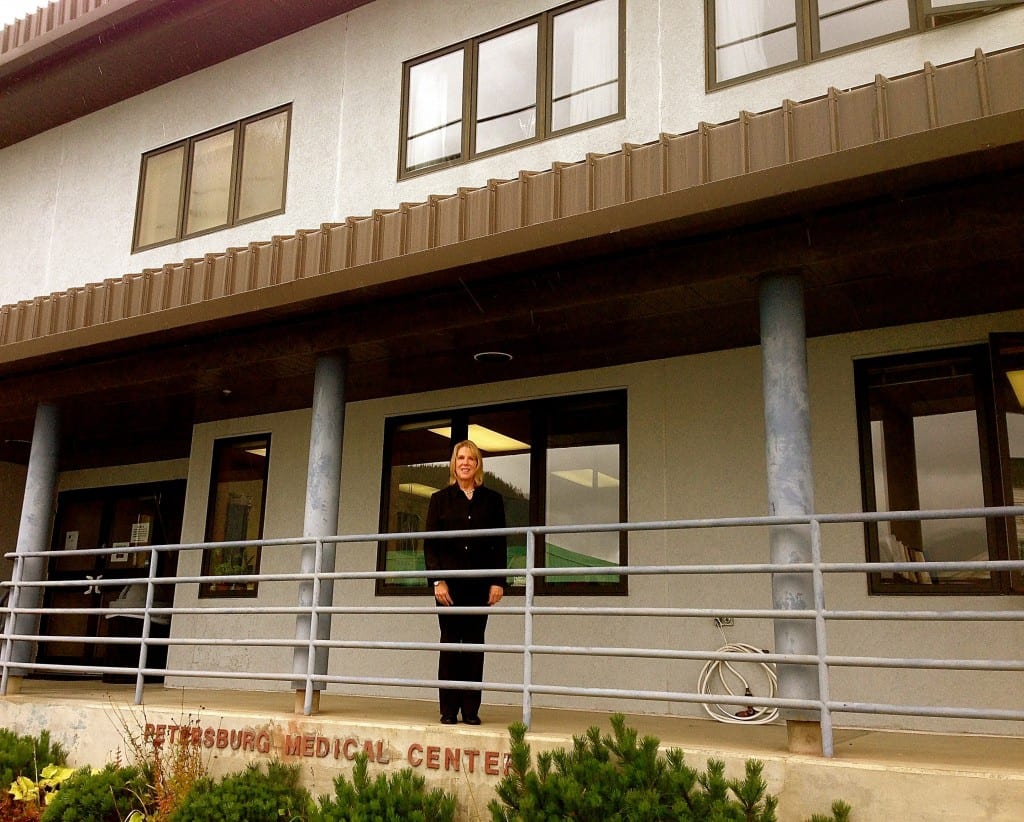 In a previous report, KFSK news looked at plumbing problems that are plaguing the Petersburg Medical Center. Administration is looking at a renovation of the kitchen to deal with the worst part. But as Angela Denning reports, the long term solution could be getting a new hospital all together.


Petersburg Medical Center’s budget is stable. According to CEO Liz Woodyard, revenue is coming in as expected. The long term care nursing home unit is full, the lab and x-ray wing is busy, as are the physical therapy and the Emergency Room departments.

Woodyard says there’s about three months of cash on hand and investments.

“The biggest challenge is really not in operations or services we provide, we’re stable with staff, we have a good physician, nurse practitioner mix, it’s not that,” Woodyard said. “It will be our building.”

The oldest part of the building is 50 years old and the plumbing is failing among other issues. The way it was built doesn’t allow maintenance to access some of the problems.

Mike Boggs is the Maintenance Director. He says they’ve done about all the efficiency improvements they can.

“That part of the building is concrete and blocked and it has a hard pan ceiling on it so you can’t get to pipes, you know they’re cemented in,” Boggs said.

Other parts of the building were built in the early 80s.

“It was state of the art then but a lot of things have changed,” Boggs said. “Like buying parts and stuff a lot of them are discontinued and when you go to upgrade them, you got to upgrade three steps back.”

To get an idea of what they might be looking at in terms of a remodel or re-build, an architect recently came to town from Juneau. The estimated cost of a remodel would be about $17 million and a rebuild about $34 million.

Doran Hammett is the Chief Financial Officer for the Petersburg Medical Center. He is ALSO the CFO for the hospital in Wrangell, another small town on a nearby island. Wrangell is also looking at a new medical center but they are a few steps ahead of Petersburg in the process.

“We’re pretty much operationally a mirror image and so if their consultant tells them that it’s financially feasible then we have a pretty good basis for moving ahead,” Hammett said.

How much reimbursement Medicare and Medicaid would pay for a new facility is a big part of the puzzle. Both programs reimburse the hospital for the cost of their services for elderly and low-income patients.

The key is finding out if that increase is going to be enough to cover the debt of a new facility. Hammett expects Wrangell to know that answer within a couple of months. And that would give Petersburg a pretty good idea of what they’re up against.

But while Wrangell has land for building another hospital, Petersburg does not. The current location is near downtown and has no room for expansion. It’s just a few blocks from the water. The last time there was a tsunami warning all patients had to be evacuated.

The hospital has set up a committee to look at where a new facility might go as well as different remodel and rebuilding options.

Woodyard says it’s too preliminary for any sort of time line yet. She says she has talked with both state and federal lawmakers and they are aware of the situation.

“The success of a small town is very dependent on having a strong health care system and having health care in the community,” Woodyard said.

She expects the new facility would bring a reduction in maintenance costs and insurance costs in the long run.

The Petersburg Medical Center building itself is owned by the Petersburg Borough. Operations are run by an elected board.