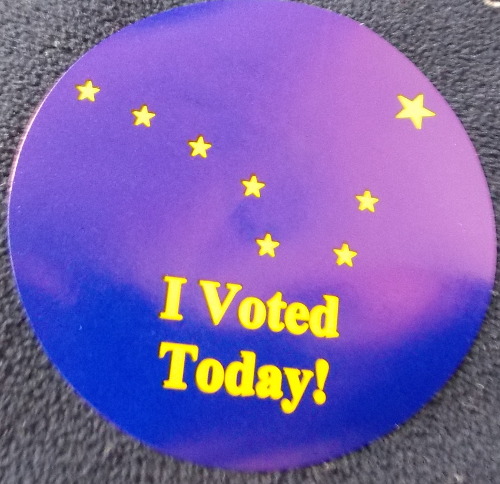 Local voters could be deciding on fluoride, on-road ATV use, sales tax changes and changes to the borough’s charter this October. Residents have submitted a proposal to end the practice of adding fluoride to Petersburg’s water and hope to be able to start gathering signatures to put that issue on the ballot.

Another group is trying again with a proposed ordinance to allow on-road use of all-terrain and utility vehicles. Proposal supporter Richard Burke has rewritten that measure after the borough deemed it insufficient this month. Both the fluoride question and the new ATV proposal have been sent to the borough’s attorney for review. If either pass legal scrutiny then supporters could start gathering the signatures needed to force a vote.

Meanwhile, it looks like voters will have at least one charter change to decide. What could be the first change to the borough’s foundational document is up for its second reading and a public hearing before the borough assembly Monday. It would allow the city of Kupreanof to own and operate the dock in Kupreanof, if the state is willing to transfer that facility.

The ballot could also have several sales tax questions. On Monday the assembly will have the first reading of an ordinance to raise the sales tax cap from 12-hundred dollars to five thousand dollars. The measure would also eliminate a sales tax exemption for goods purchased here for use outside of the borough. Both those issues could be put on the October ballot. The tax cap change has been on the ballot multiple times in recent year. Voters said no to an increase to two thousand dollars just three years ago. That failed by 129 votes. An increase to 17-hundred dollars failed by just six votes in 2012. Those questions will need three approvals by the borough assembly before they’ll appear on the ballot.

In other business for the assembly Monday, there’s a vote on an application to purchase borough land on South Third Street. Another vote is on spending money to fix problems with the fire alarm system at Mountain View Manor. There are also votes on a reduced electrical power rate for the schools and the elimination of a 10 percent discount for advanced payment of moorage in the harbors.

The assembly will consider a contract for borough attorney Sara Heideman and has drafted a letter on the future of the Coast Guard in Petersburg.

The meeting is at Monday, April 17 at 6 p.m. in borough assembly chambers and you can hear it live on KFSK.