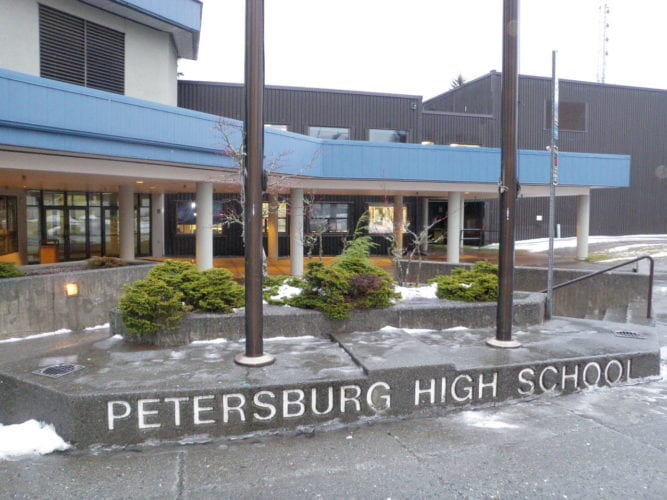 Petersburg school officials say a funding cut passed by the state Senate would cost the district hundreds of thousands of dollars. The Senate passed a budget this month with a five percent cut to education money that goes to school districts.

Superintendent Erica Kludt-Painter traveled to Juneau for a legislative fly-in this month and after told the school board it was a frustrating weekend.

“I felt a little bit like a pawn and that was sort of how a lot of the administrators felt that were there and there were a lot of different people around but the Senate dropping the bomb last week about a five percent cut at this stage of the game, this time in the budget cycle, or the year, really can only be seen as a game of some sort really,” Kludt-Painter said. “So it was a little frustrating to try and have conversations with legislators about that.”

While the Senate’s budget has a five percent cut, the House has passed a budget with flat funding, no reduction to school money and the two chambers have to negotiate the final budget bill from those two.

The district’s finance director Karen Quitslund said a five percent cut to Petersburg’s state funding would equate to 335,000 dollars less for the district.

“The five percent decrease to foundation if that passes we’re going to receive, if we take the legislative numbers 335,000 (less) or funding of just over 5.8 million,” Quitslund said. “Probably more realistically we’re going meet somewhere in between flat and five percent. I don’t know if it will come in at two and a half percent but I just wanted to show, even at a two and a half percent increase it’s still 167,000 dollars. It’s a lot of money.”

The board has not yet talked about what those cuts could mean to school spending levels. The district does have some positive budget news this year. A small increase in enrollment is expected with 479 students projected in the three schools next year. Quitslund also expects savings on health insurance costs to the district and its employees. Other savings are expected in utility bills if the borough finalizes a reduced electrical rate for the schools. The new fiscal year for the schools starts in July and proposed budget is not expected out until later this spring.